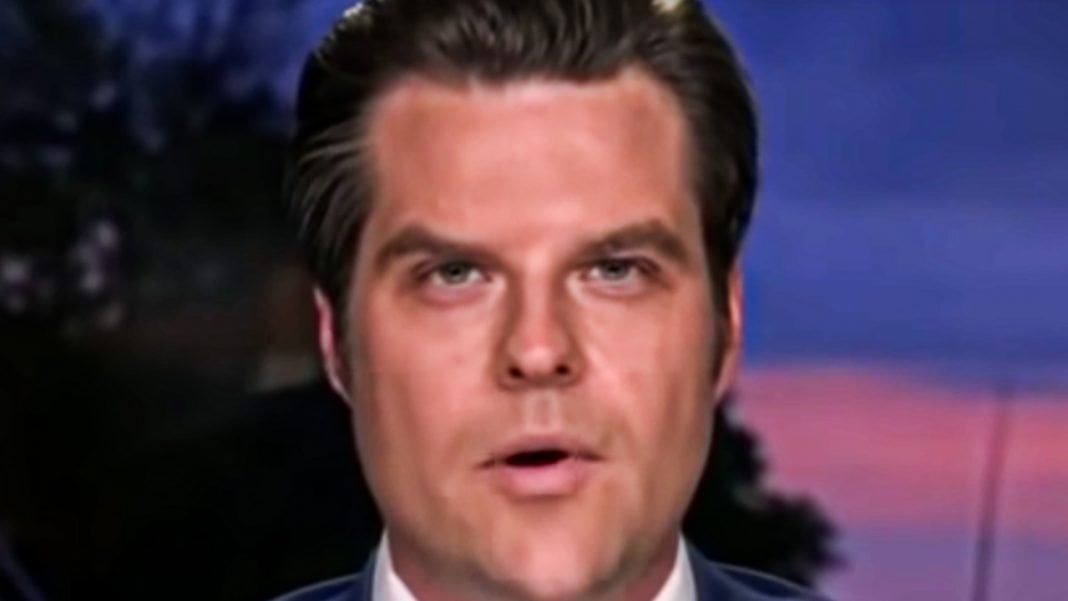 Joel Greenberg, Matt Gaetz’s “wingman” and indicted former Florida politician, has scheduled a change of plea hearing for this coming Monday. Greenberg will be changing his plea to guilty, which is a strong signal that he has cut a deal with federal authorities. The deadline to accept a deal to deliver dirt on people like Matt Gaetz is tomorrow, so Greenberg has likely already signed off on that deal. Ring of Fire’s Farron Cousins explains why this is the beginning of the end of Matt Gaetz.

Matt Gaetz, his good friend, Joel Greenberg has decided that he’s going to change his plea, uh, with regard to the, uh, multiple count indictment, almost three dozen count indictment against him. And, uh, this coming Monday, Greenberg has agreed to go to a change of plea hearing where he is going to change his plea from not guilty to guilty. And he is specifically pleading guilty to six charges, not 33 charges, just six charges. And that’s, that’s important. Get to that in a minute. Uh, the six charges include, but are not limited to human trafficking, wire fraud and identity Staffed. So why six? Why not all 33? Well, I don’t know. And we don’t know, nobody knows Except the people involved in this, but it likely has something to do with A plea deal.

You see, Greenburg was given until Tomorrow two 40, Usually accept or reject a plea offer from prosecutors in Florida. Considering the fact that they now suddenly have a change of plea hearing, taking place on Monday, that would seem to indicate that Greenberg has agreed to the plea deal. And that’s why they’re only going to hit them with the six charges as opposed to the 33 Charges. So I wonder What the state, what these prosecutors are getting in exchange for not charging him with all 33 original ones Charges. I don’t know, but I I’m willing to bet it has something to do with Matt Gaetz. Again, as of right now, we do not know for certain that Greenberg has agreed to roll on Matt Gaetz, but we also do know that for the most part, he has already been cooperating with authorities in this matter. So a plea deal Would kind of amp up that, uh, you know, uh, cooperation, I guess, would basically turn Greenberg into the informant, turning in all of the other people who were involved in his little human trafficking scheme. Because again, that’s one of the charges he is going to be pleading guilty. Me too. So maybe Involves Matt Gaetz.

Maybe it doesn’t, maybe Greenberg was part of a larger trafficking ring and he’s turning those individuals in. We don’t know We’ve got a pretty good idea. Like there is no way Matt Gates walks away from this, you know, without a scratch. Okay. This is kind of what we’ve all been waiting for. So the question is at this point, if Greenberg, if he is going to roll on Matt Gates, what is that going to mean for the Florida congressmen? How soon could we see potential charges come out? You know, what’s, what’s the timetable on all of this? When does the cooperation start? When does Greenberg gets sentenced? And by the way, if he gets sentenced before anybody else gets charged in this matter, the length of the sentence he receives is going to give us a very good indication about how much information he was able to give to the prosecutors and investigators. Because if it’s a low sentence, considering the severity of the crimes, then that must mean he had some very valuable information and probably took down a lot of people.