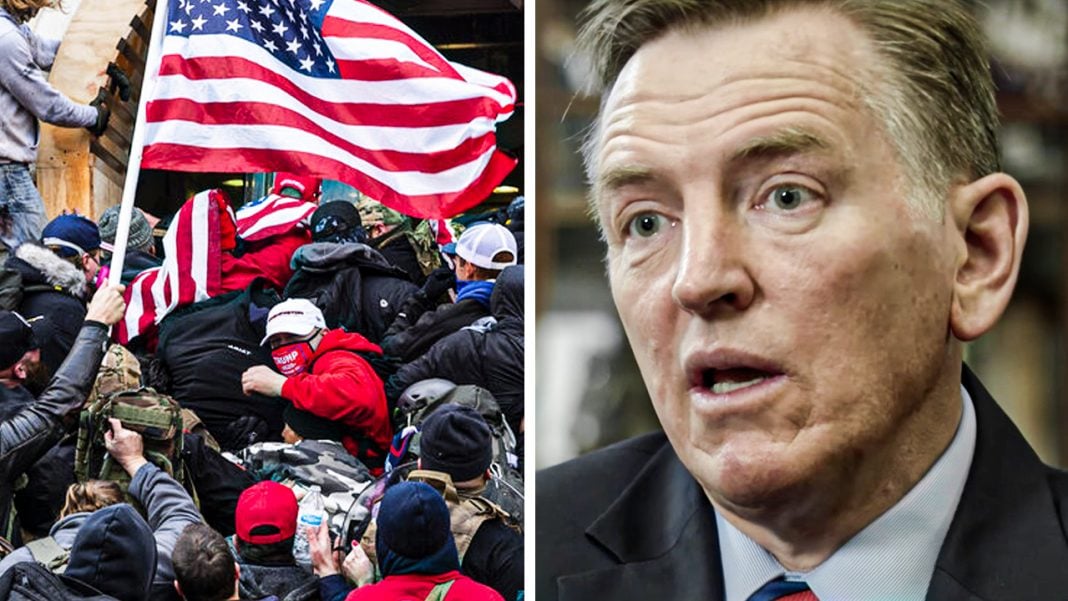 The House of Representatives held hearings on the Capitol riots that took place on January 6th, and Republicans immediately began denying that the insurrection even took place. Multiple Republicans claimed that the rioters were actually the victims, while one actually compared them to friendly little tourists walking around the Capitol building. These people are desperate to rewrite history, as Ring of Fire’s Farron Cousins explains.

Yesterday, the house of representatives held hearings about the Capitol riots that took place on January 6th and what shouldn’t have been a surprise, but it turned out to actually be quite a surprise was the fact that you had Republicans actually defending the actions of some of those rioters who broke into the Capitol building on January 6th. And again, I say it’s not surprising because we kind of expected them to do this, but the lengths to which they went is what is surprising here. I just, I have to read this. This is from the daily beast representative. Paul goes our blame, the media for a false representation of the riots and claimed that Ashley Babbitt, who was fatally shot by Capitol police while trying to break into the house chamber with a U S flag draped over her was executed.

In contrast, he said, Capitol police officer Brian [inaudible], who died in the wake of the riot merely died of natural causes. He claimed the DOJ was quote, harassing peaceful Patriots across the country in its efforts to charge those involved in the riot representative. Jody Heiser may be pronouncing that name wrong. So I’m Paul apologize for that. But, uh, she echoed goes, are saying it was quote Trump supporters who lost their lives that day, not Trump supporters who were taking the lives of others. Representative Andrew Clyde from Georgia chimed in and said, quote, there was no insurrection to call it. An insurrection is a bold faced lie. He likened the mob who entered the Capitol to people on a quote normal tourist visit representative Pat Fallon from Texas insisted that the group were not rioters, just a mob of misfits, a mob of misfits who are merely they’re like a tourist, you know, Hey, we want to go see what’s happening here. Sure.

In order for those things to be true, we would have to ignore the video and photographic evidence of people walking out of the Capitol with the speaker’s podium, propping their feet up on Nancy Pelosi’s desk, taking photographs of Pelosi’s computer and documents on her, uh, desk stealing her laptop too, by the way. Yeah. Is that, is that the kind of normal thing that tourists do or tourists allowed to do that and not to mention the fact that at this time, tourists weren’t even allowed in the building because of COVID protocols. These Republicans are attempting to rewrite what we all saw. Again, this is not something that we just read about the next day in the paper and the media skewed it. We saw this happening live. We saw the people storming into the Capitol. We have seen the video footage, not just from the media, but from the actual people who were there.

Okay. The ones being arrested, the idiots, posting their videos and photos on social media. We know exactly what they did not to mention the fact that some of them were walking around chanting, hang Mike Pence. Remember that is that what normal tourist groups do is that, is that just a mob of misfits saying let’s kill the vice president of the United States.