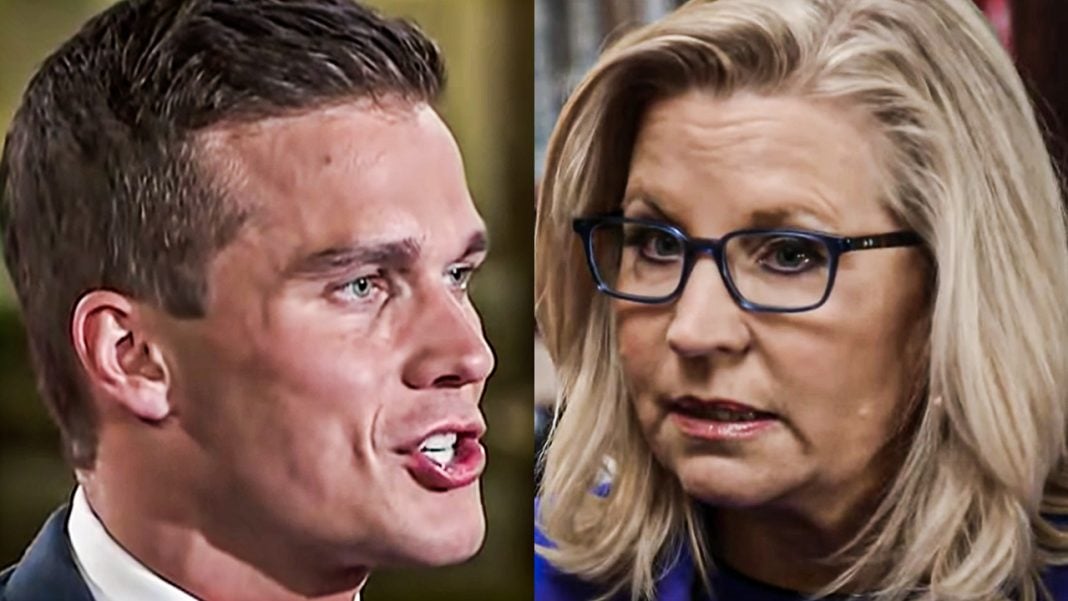 Freshman Congressman Madison Cawthorn was buried in scorn and derision on Wednesday after he sent out a tweet mocking Liz Cheney for being removed from her leadership position. Cawthorn’s response shows exactly how far the Republican Party has fallen, and that they’ve gone from simply being wholly corrupt, to immature little jackasses. Ring of Fire’s Farron Cousins discusses this.

First year Republican representative Madison Cawthorne was dragged yesterday. After he tweeted out a mocking little song verse about Liz Cheney being voted out of her leadership position in the house of representatives. Cawthorne tweeted out. Um, I guess I’m going to have to sing it here. Uh, not an Ana, not a NA Hey, Hey goodbye. Liz Cheney. Uh, that’s the closest we ever going to get to me singing here by the way. Um, that’s what he tweeted out this little juvenile prick tweets out this little sing song. Hey, Hey, we beat you after the vote for Liz Janie. And of course, as I mentioned, he gets dragged on Twitter. He gets buried. Everybody insults him, mocks him, you know, says, this is what the Republican party has become.

And that folks is really the kicker there. It’s not just that this little petulant child is sitting there, mocking her again, like a middle schooler. It’s that this is what the Republican party has become. This is who they are. They’re all little Madison Cawthorne thorns running around, over there in Madison Cawthorne Cawthorne by the way, as the guy who got busted, lying about, uh, getting accepted into the Naval Academy, he’s the guy who all of his former classmates, a lot of his old friends said that he used to sexually harass women on the regular. Like this kid is a scumbag by every, every possible definition of the word. And yet he is sitting in Congress, another mega Republican mocking Liz Cheney for, for getting kicked out of leadership, showing us what the Republican party really is. They’re all like this, it’s all petty. It’s all a game. It’s all politics.

It’s all tribalism to them. Now, Madison Cawthorne isn’t out there trying to make the country a better place. Madison Cawthorne isn’t out there sponsoring legislation. That’s going to help you or me do anything in our lives. Madison call their call thorns, excuse me, is there to be a troll because that’s what the Republican party is now. They’re trolls. They don’t do anything productive. They don’t do anything meaningful. They’re just there to be little bitty disruptors and get their names out on social media. Madison Cawthorne is a great example of that. And he is a disgusting reminder of what the Republican party today has truly become.