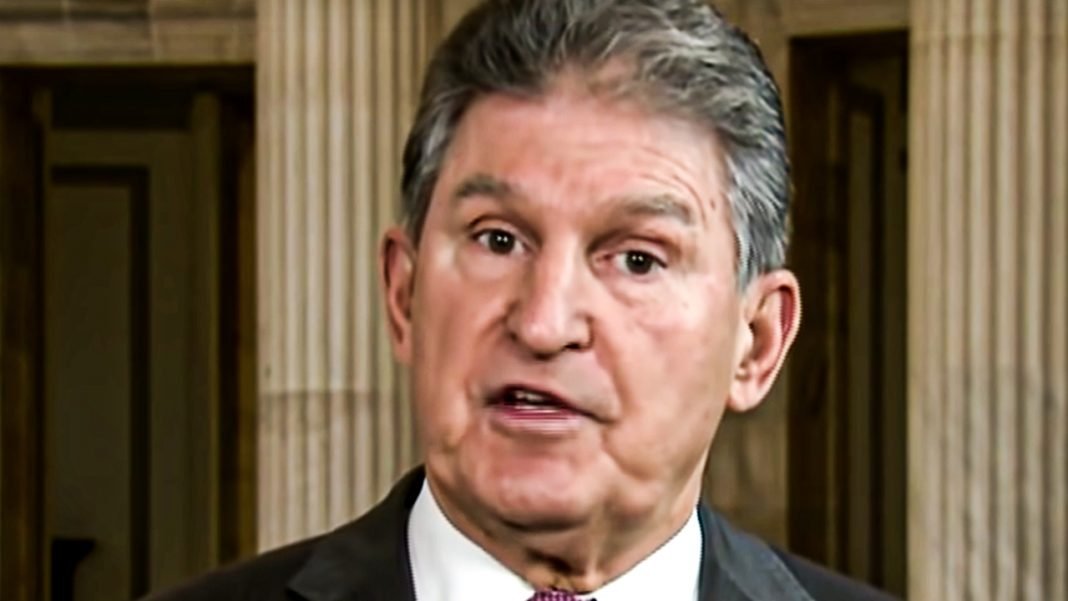 Senator Joe Manchin announced this week that he supports ending the extra $300 a week in unemployment benefits that out of work Americans have been receiving from the recent stimulus package. Manchin is clearly not on the side of American workers, and this fact needs to be shouted as loudly and as frequently as possible. American workers need help, but Manchin is proudly making a stand and letting them know that he doesn’t care. Ring of Fire’s Farron Cousins discusses this.

Yesterday was a very bad day for the democratic party, all because of one man, Joe Manchin yesterday, Joe Manchin shot down three different democratic efforts because he’s who he is. The first one. And possibly one of the most important ones is that Joe Manchin came out and said that no matter what, he is never going to vote for another extension of unemployment benefits here in the United States, not when he says he knows the vaccines are out there. So no, you don’t get extra unemployment payments. You don’t get that extra $300 a week that the recent stimulus package continued for you. Nope. Not going to do it.

Everybody buck up, suck it up. Get back to work. I don’t care. I’m Joe Manchin. We are having a bit of a, uh, employment shoe right now. I guess you would say to a degree, uh, studies show that it’s actually not as bad as politicians like mansion and all of the Republicans are making it out to be, but sure you do have, in some areas there’s, there’s people that don’t want to go back to work for these low wage jobs that are going to continue the cycle of poverty that these people have been living in for their entire lives. And you cannot blame those individuals for that. Okay? That’s not their fault. That’s the employer’s fault. You want people to come work for you, pay them more money. And if you say that your business cannot survive. If you pay your employees more money than guess what your entire business model was built on paying poverty wages to your employees.

And that’s a crappy business model, Joe Manchin also said he would not support statehood for Washington DC, even though that city has a higher population than several States here in the United States. But sure Manson says it’s unconstitutional, which might be one of the dumbest things he’s ever said because no, it’s not unconstitutional. We’ve added States in the past, buddy. I don’t know if you realize that, but you know, it’s not like our, our, our forefathers founding fathers landed in. America said we’re starting a new country after, you know, a couple hundred years and then boom, 50 States. Now it, it grew gradually over the years, new territory States split and became two States where they were once were one. You’re an idiot, Joe Manchin. If you think that it’s unconstitutional to turn DC into a state, um, the other third thing he did was he basically shot down any hope of the, for the people act, the massive voting rights expansion that the Democrats are working on of becoming law. So that’s that, that’s a pretty big one.

Um, and all of this, again, this was all Joe mansion because Joe Manchin is a piece of crap. Joe Manchin is a horrible, horrible human being with horrible policies, literally telling us he’s voting down things that are hugely popular. Why for what reason? What does he have to gain from this? His own constituents are telling him things like for the people act like we want this, do it. He’s like, no, I’m not gonna do it. What are you going to do? Well, hopefully they’re going to vote your out, but I know you just started your new six year term and that’s ridiculous, but mansion’s gotta go. Mansion has to go. And I think that maybe if the Democrats win enough seats to maintain power in the Senate, you know, get above that 50 threshold in the upcoming midterms.