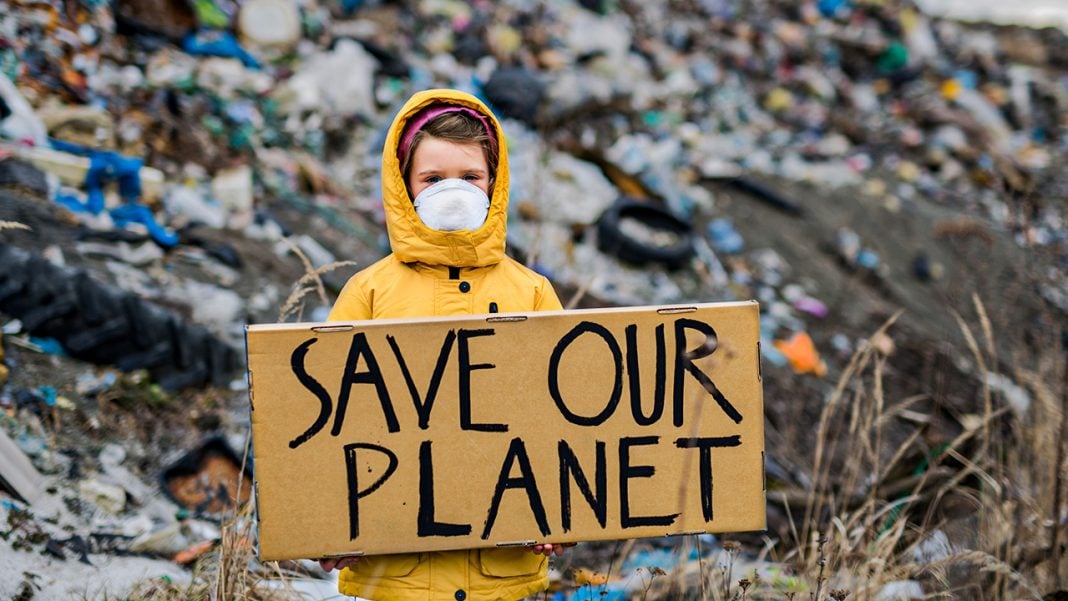 A new study published in the journal Nature says that if the world misses the goals set forward in the Paris Climate Accords, the world would begin down a path that we would not be able to get off. But that’s the bad news – the good news is that we aren’t to that point just yet, and many countries – including now the United States – are making strides to not only meet those goals, but to beat them. Ring of Fire’s Farron Cousins explains what’s happening.

A new study by researchers at the university of Massachusetts Amherst published in the journal nature, warns that if the world does not meet the climate targets set forward in the Paris climate accord, then by 2060 at current trajectory, that’s important at current trajectory by 2060, we’re going to see Arctic ice melting at a rate that is not going to be reversible. We will have warmed the planet to the point where we are not going to be able to stop all this massive ice melt. So we’re going to see intensive sea level rise. And it’s going to kind of put us on that fast CLA uh, track, excuse me, towards the worst of what climate change would have to offer, uh, to us human beings.

But I, I had to make a point to say our current trajectory because the study yes, says at our current trajectory, we would have the three degrees Celsius, warm warming by 2060. But if we hit those targets set forward in the Paris climate accord, if we slow the warming and eventually do get it to stop, We’re pretty good. That’s the part that always gets left out of all of this. And it’s something that I’ve had climate scientists, uh, kind of get onto me in the past for, for not explaining this part too, because, and I took that lesson to heart, but you can’t talk about climate change without also talking about hope. Now we just came off four years Where we had no hope. Let’s be honest about that. Okay. But just in the first four months of this Biden administration, we have seen a renewed commitment to reducing emissions here in the United States to getting us back into the Paris climate accord, to meeting those goals, to switching, to renewable energy.

And yeah, there’s some problems, right? We’re not going to be able to meet these goals. If we do not get rid of fracking here in the United States, We have to do that. So there’s still Plenty of work to be done, but we also can not overlook the progress that has been made in just four months. And if we continue down this path now not the path of the last four years, but the path of the last four months, we can see some positive change. Other countries have already been way ahead of the United States on this, you know, setting incredibly ambitious emission reduction goals. A lot of them actually meeting those goals, instituting these major recycling programs that have been so successful. They actually have to now import trash from other areas. So they just have more to recycle progress is being made around the planet. There’s still Work to be done.

Absolutely. 100%. There is no question about that, But we can’t Get into tizzy because of reports like this. We can’t think that the end is nigh. Okay. That destruction is right around the corner. And there’s nothing we can do because the second you think there is nothing we can do about it. And you throw your hands up and you say, well, whatever it’s done, that’s the time we lost that. You know that at that point we’ve lost on climate change. That to me is the real tipping point. So it’s always important to have hope. It’s always important to understand that there is still time. And right now, thanks to this new administration, we’re making some great strides. It’d be great. If we were making bigger strides, it would be great.