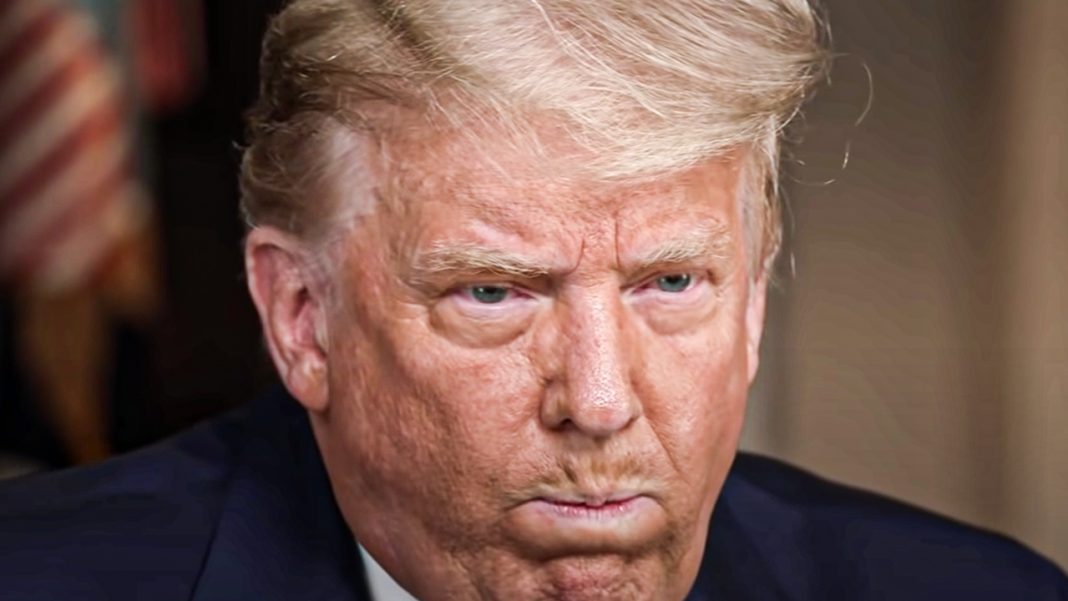 Recent reports have revealed that Republicans hid Donald Trump’s dangerously low approval ratings from one another during recent retreats, in spite of calls from Liz Cheney to release them. The polls showed that Trump was a massive liability to the Party, especially in key districts across the country, but the Party instead chose to bury their heads in the sand and pretend that none of this was happening. Ring of Fire’s Farron Cousins explains what’s going on.

The Republican party has been living in their little alternative reality for quite some time now. And it’s an alternative reality where Donald Trump won the election, where he is the most loved former president ever, uh, and their realities falling apart. But recently new reports actually gave us a glimpse into how they created this alternative reality reveals that they know we’re living in an alternative reality. So, Hey, at least that’s something, here’s what we learned from these new reports. Apparently at the recent retreats they’ve been doing the Republican party, sorry, crust polling data that showed that Joe Biden was wildly more popular in battleground districts than Donald Trump, uh, is about a 54 to 41 advantage, a 13 point advantage for Joe Biden over Donald Trump in battleground districts across the country. Obviously, knowing that it kind of makes it difficult for your party to say, Hey, let’s be all in on Donald Trump.

So the Republican party omitted it. They just pretended that this horrible data that shows that everything they’re doing right now is running contrary to what the public wants. They just said, screw it. We’re going to pretend it doesn’t exist. It doesn’t, it doesn’t make its way into our bubble here. It, it stays outside in the real reality. Hopefully nobody will ever see it, but Hey, guess what? Now we all know no, and we know what you did and we know why you did it, but I got it. Tell you a part of me is loving the fact that the Republican party is actually just kneecapping themselves. And I pointed this out on Twitter the other day, they’re kneecapping themselves giving themselves this overwhelming handicap, because they were fuse to move on from Donald Trump. He is literally dragging your party down and you’re sitting there offering like, Hey, can I give you a hand with killing our party real quick?

I don’t want the party to die, but if you do, I guess I should. It is absolutely mind blowing that they are this stupid. And it so begs the question why I have not been able to come up with, I have not seen anyone else come up with any kind of, they have good reasoning as to why they’re letting this happen. Some people people have said, well, maybe it’s because they’re tied to him. And if he goes down, they goes down, uh, go down, you know, in, in some kind of criminal investigation, but not all these Republicans are under criminal investigation. Maybe he has dirt on them. He doesn’t have dirt on all of these people. Some of these people believe it or not. There’s not dirt to be had. Oh, think he can endear him with his base. That base is going to vote Republican, no matter what, like do you see where I’m going? Like, there’s no real logical reason why they’re being like this, but they’re still being like this. And Hey, it’s destroying the Republican party in the process. So I’m not going to stop them. Like you just keep on doing what you’re doing. Suppress all the damaging data that shows the Donald Trump is the biggest loser the Republican party has ever had to offer. And let’s see where that takes you.