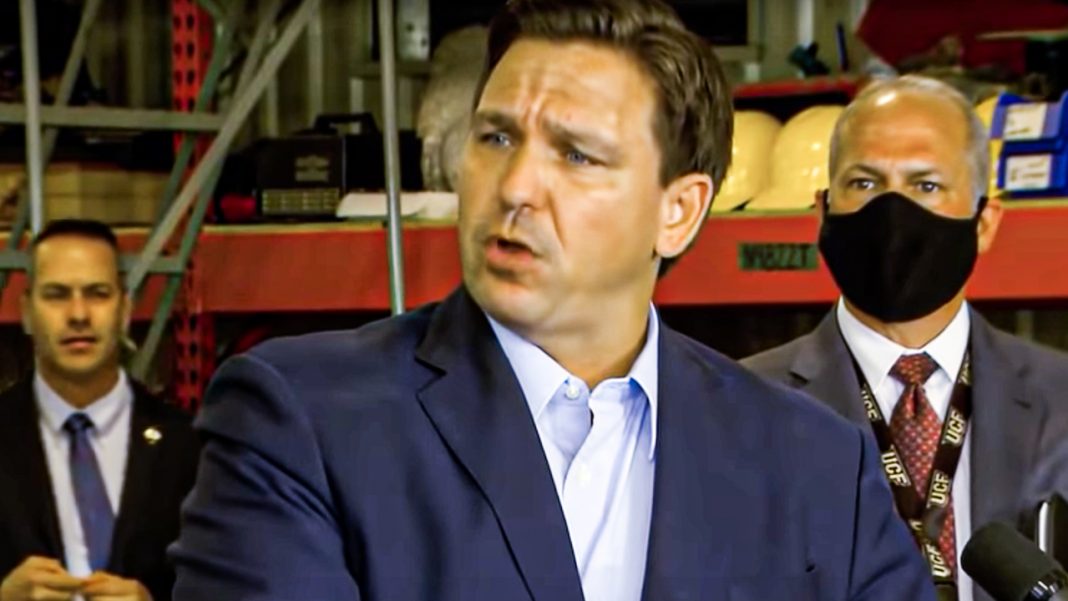 Florida’s Republican governor Ron DeSantis is sitting idly by as his state experiences one of the worst surges of COVID cases in the United States right now. Experts say that this is because of the massive spring break events that took place across the state – activities that locals warned the government that they were uncomfortable with. But here we are, and the national media is largely ignoring the fact that one of the front runners for 2024 is letting his state die through his incompetence. Ring of Fire’s Farron Cousins discusses this.

The state of Florida led by Republican governor. Ron DeSantis right now is experiencing the largest surge in COVID 19 cases in the country, but not just regular COVID 19, by the way, in the state of Florida under Ron DeSantis is guidance. The state of Florida. Now leading the country in total number of the VA variant COVID cases. So all those, so the strains of COVID that had been floating around, will the vaccine protect us from those? Will it not? Maybe it does. Maybe it doesn’t, we don’t quite know Florida’s leading the charge and those infections and the experts don’t know, really have to look into it that much they know exactly based on the data that’s available publicly available. They know exactly what happened. Our idiot governor, who happens to be one of the front runners for the Republican party for 2024 lifted all our restrictions.

But even before that, that he announced that our state is wide open for spring break. Come on down, folks, pile into Florida, bring your crowds, go, Oh, hang out. Don’t have to wear masks because I’ve made it to where you can enforce any of those regulations. In my state, Ron DeSantis told them with a wink and a nod, not necessarily explicitly, but any anyway. And as we poured it on, as it was happening, the state of Florida saw thousands and thousands and thousands of people flock to various different areas of the state to the point where the locals were calling the police, because it was too crowded. It was too dangerous people freaking out because they understood what our idiot governor didn’t care about. And that is, this is going to cause a massive spike in COVID cases here in Florida and lo and behold, it caused a massive spike.

In COVID case, this was clearly 100% predictable, but honestly, Rondi scientists knew this was going to happen too. Or the game may be stupid, but he’s not what an idiot. So he knew this was going to happen. He did it anyway because he wants to show the country that, Hey, Florida’s open for business guys, come on, look at me, look at me, running this state and doing so great. Oops, Rick Perry moment there, because now we’ve got all these COVID cases and to Santas, knowing this was coming still lifted. All of our restrictions here in the state last week saw that we were getting thousands of new COVID cases. Every single day, we had 4,000 this past Saturday, we had, I think 5,500 on Friday. Other States aren’t seeing numbers like this. It’s insane.

And this guy, as I met tension is one of the front runners for the Republican party for 2024. If the Democrats do not start running national ads right now, attacking Ron DeSantis and his handling of the pandemic, then they deserve to get beaten by that idiot. But that’s what has to happen. Everybody hates campaign ads. Everybody hates political ads. Let’s be honest about that, but we need these things running constantly. Right now. You want to take down this guy before he has the opportunity to one run for a president patootie, even win reelection here in Florida. Start going after him. Now with these ads, start putting these numbers in charts and graphs and putting them on the TV of every single resident in the state of Florida. I know it costs money, but I know y’all also have money make it happen because if you don’t, you’re essentially giving him a free pass on this while conservatives hyper-focused on Cuomo doing the same crap you lose in the battle already. So start rolling out those ads immediately.