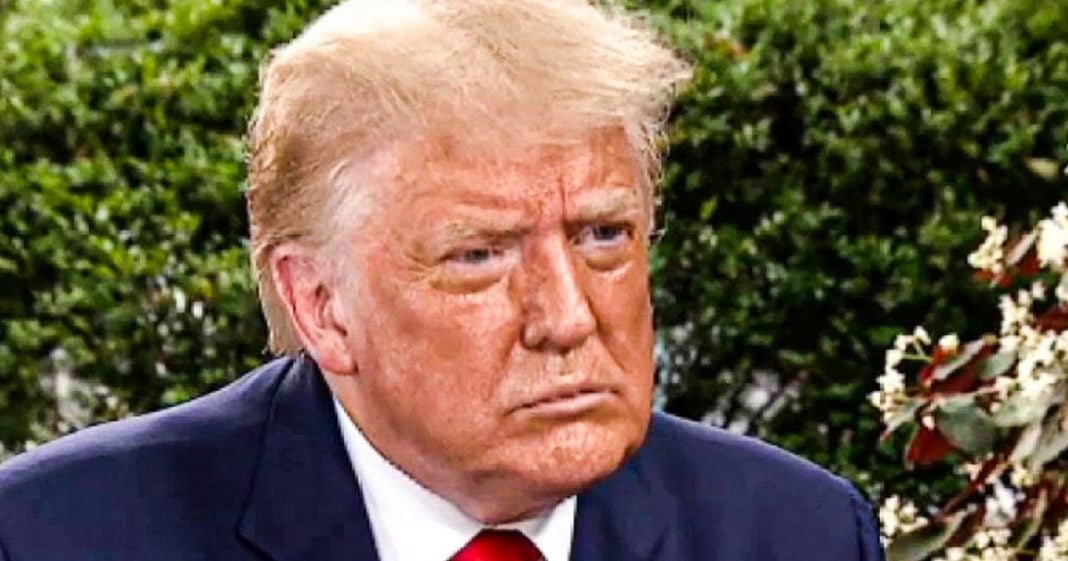 A condo complex in South Florida has decided to remove Trump’s name from the building after all the residents agreed that it was bad for the condos. Real estate brokers had admitted that having Trump’s name on the building – because it is a Trump-owned property – had actually turned away plenty of perspective buyers, and the condo board decided that it was time to remove Trump’s branding from their homes. Ring of Fire’s Farron Cousins discusses this.

The Trump Plaza condo complex in South Florida has voted to remove the Trump name from their building after the residents in that building said, this is really, really bad, and we don’t want to be associated with that dude’s name up on the top. So now the Trump Plaza is now just going back to it’s original name before Trump bought it, The Plaza. Luxury condominiums for the wealthy elite down in South Florida who want nothing to do with Donald Trump’s name, even though I guarantee you, most of them probably voted for him. We’re talking about older well-to-do people in the state of Florida. So yeah, these are probably Trump supporters. Here’s the thing. This all came about because you had real estate brokers approach the condo board, not that long ago, and they told them that, look, you’ve got available units here. We’re out here trying to sell them. But that big idiot’s name on top of your building is literally making people say, I don’t want to live here.

So you have spaces going unused. You’re losing revenue because of that guy’s name. Then the residents in the condo complex got together and said, yeah, we need to get rid of this dude’s name. We don’t want to be associated with this. It’s embarrassing to tell people that. Yeah, Where do you live? Oh, the, uh, Trump Plaza. Uh, and then the board said, all right, screw it. We’ll take a vote, unanimously, and they said, ah, we’re getting rid of the name. We’re just The Plaza now. Totally not associated with Donald Trump who still owns us. So good for them. Right? I mean, responding to public pressure, responding to economic pressure. But at the end of the day, Donald Trump still does own the thing. So, you know, if you’re buying into it, you’re probably going to see his name on a contract somewhere. But here’s the thing. Trump’s name is all he has. And right now you’re not seeing that name on Twitter. You’re not seeing it on Facebook. And increasingly you’re not seeing it on buildings across the United States because it is such a toxic brand.

So the question I have now is, how does the Trump organization as a whole even survive post-presidency Trump world? Because the hardcore really, you know, crazed Trump supporters out there, they’re not the ones who can go and afford to buy up these condos to be closer to Donald Trump. They can’t afford memberships to Mar-a-Lago. They can’t go stay in his hotels. They’re not traveling to Scotland to go over there to Turnberry and play around a golf or two. They don’t have that kind of money and I’m not saying that to insult them. I’m saying that we know that. And we have seen that in regard to the Trump organization losing lots of money because people don’t want to patronize the business because they don’t want to be associated with the name and the people who do can’t afford to do it. So the organization’s going to continue to tank. The organization’s going to continue to hemorrhage money. And hopefully within our lifetimes, there won’t be a single building left in this country with the Trump name on the outside of it.