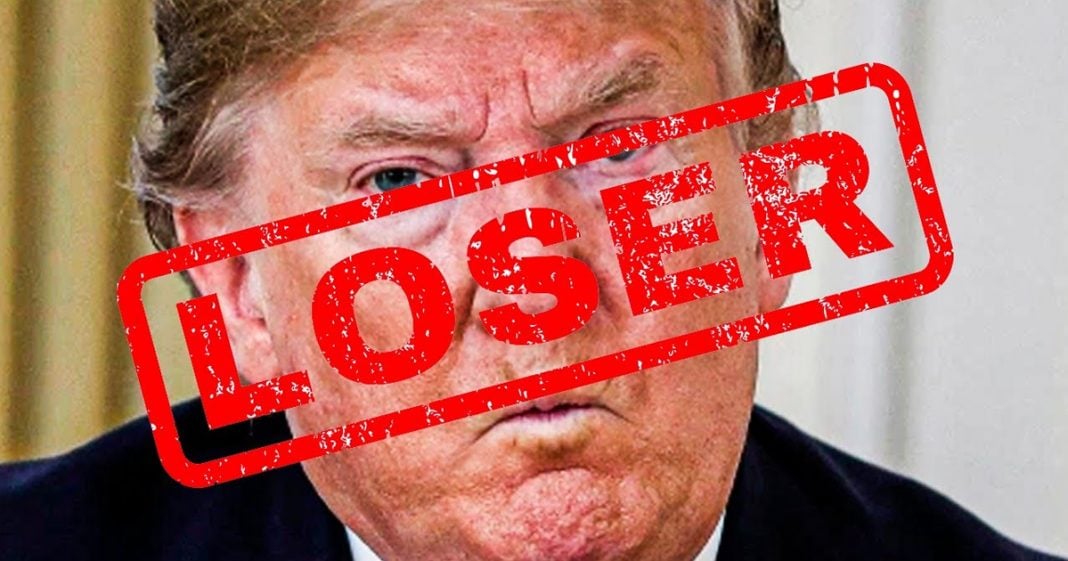 The total cost of the ridiculous ballot audit taking place in Arizona is now over $150,000 – money that could have been better spent doing literally anything else in Arizona. And the saddest part for Republicans is that they spent all of this money just to once again prove that Donald Trump didn’t win the state of Arizona in the 2020 election. The whole effort backfired spectacularly, but it is incredibly unlikely that any of these Republicans walked away having learned a lesson. Ring of Fire’s Farron Cousins discusses this.

I mean, how many more times does Trump need to lose Arizona? Because he’s already lost it three times and that’s assuming we’re putting all of the audits and all of the recounts into their own categories. You know, if we broke them down into separate individual ones, he would have lost the state of Arizona multiple times. But he has lost the state of Arizona three times already. He’s about to lose it a fourth with this recount. Yet these idiot Republicans that run the state of Arizona, or at least the state legislature, said let’s spend $150,000. We’ll send it to this conspiracy, Trump loving conspiracy theorist from Florida, who’s never done ballot audits and uh, sure. What could go wrong? Oh no. Trump lost again. I guess that’s what went wrong, you morons. You knew this was going to happen because you knew you were spreading the lie.

You had seen the previous audits. You had seen the recounts. You knew this was happening. Not to mention the fact that you knew, even if you found something, you couldn’t do anything about it. These people are idiots and now these people are idiots wasting the taxpayer’s dollars in the state of Arizona just to make Donald Trump feel a little better. And it’s ridiculous. It’s a waste of time. It’s a waste of money. And as I predicted all they did was proved that Donald Trump lost the state of Arizona, I think now he’s lost Arizona more than anybody else who’s ever run for president, because you lost it four times in one year. So congratulations, Trump. You’re an even bigger loser than you would have been if you would have let it all go.