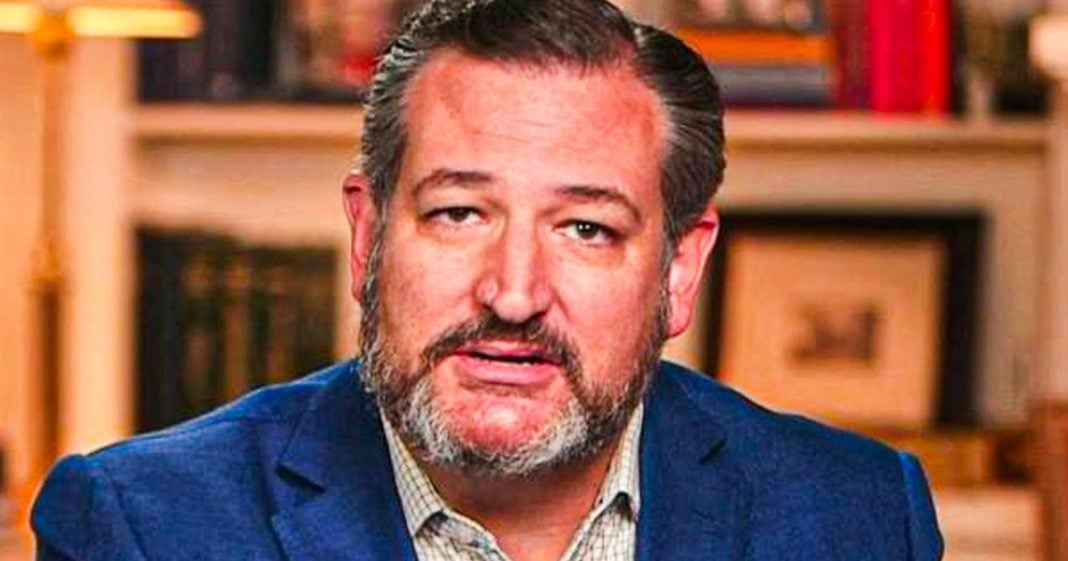 The Republicans who are talking nonstop about “woke corporations” know exactly what they are doing. Polling data shows that the public actually supports raising taxes on corporations, so Republicans like Ted Cruz are trying to capitalize on that by saying they are going to take away all the special privileges that corporations have. But they won’t actually do it, because the opportunity to do so is staring them right in the face today. Ring of Fire’s Farron Cousins discusses what’s really going on.

Led by Ted Cruz, Republicans across the country have been whining about these so-called woke corporations for several weeks, ever since the companies in Georgia, you know, Delta, Coca-Cola, Major League Baseball came out against Georgia’s voter suppression law, and then other companies joined in. Now they’re joining in and calling out other States for their suppressive voting laws. And Republican lawmakers are freaking out that this woke mob of corporations is getting out of control. And so Ted Cruz again has led the charge on this. He did his little op-ed recently where he said, we’re going to take away their tax breaks. We going to take away their subsidies. We’re taking away all their special privileges, all because they don’t like Republican policies anymore, which as people have correctly pointed out, was probably one of the most corrupt things ever written. But at the same time, Cruz isn’t wrong.

They should lose all these special privileges, but just because they don’t need the special privileges. And it’s a waste of taxpayer money, not because they’re suddenly woke. But here’s the kicker. Ted Cruz, Josh Hawley, all these idiots are out there saying we’re going to take back their tax cuts. We’re not going to give them these privileges. So the question is cool. Why aren’t you supporting the infrastructure bill then? It’s a valid question, considering the fact that the infrastructure bill actually has those things in it. So if you wanted to punish these woke corporations, all you got to do is walk into that Senate chamber and say, hey, Schumer, I’m a yes on infrastructure if you want to bring this thing to the floor. Let’s go, man. I got Hawley here with me too. He’s good to go. Let’s raise the taxes on these woke corporations.

They’ll pay up. The American people get something. I get to go back to my constituents, who overwhelmingly support the infrastructure bill and the tax hike on corporations. So I get a win. You get a win. Companies get a loss. Hey, everybody, right? But they’re not doing that. They refuse to do that. Why? Because Republicans aren’t serious about taking away the special privileges that they have given to corporations. But they’re also not complete idiots. What they see right now are the poll numbers showing that a majority of people in this country want to tax corporations more. They want to tax the wealthy elite more. They want them to pay their fair share and they believe that the current system is unfair and that the wealthy take advantage of it, including Republicans think that by the way. So Ted Cruz sees things like this says, how can I capitalize on it?

And he says, well, what if I twist it? What if I somehow tie it into, to wokeness, cancel culture? Say that Republicans are being persecuted. We’re now being persecuted by corporations. So let’s take away the thing the rest of the public wants us to take away. So then I can use that, manipulate people over here to think that woke corporations are the problem and that I’m doing these things even though I have no intention of actually taking away their tax breaks or getting rid of their subsidies. That’s why Ted Cruz is doing it because polling shows that people want those things he’s actually proposing. But when it comes time to put pen to paper, Ted, there’s piece of legislation ready right now for you to go ahead and vote yes on it, that would do these things that you want to do. But you refuse to do it because not one single Republican talking about punishing corporations is actually serious about it.