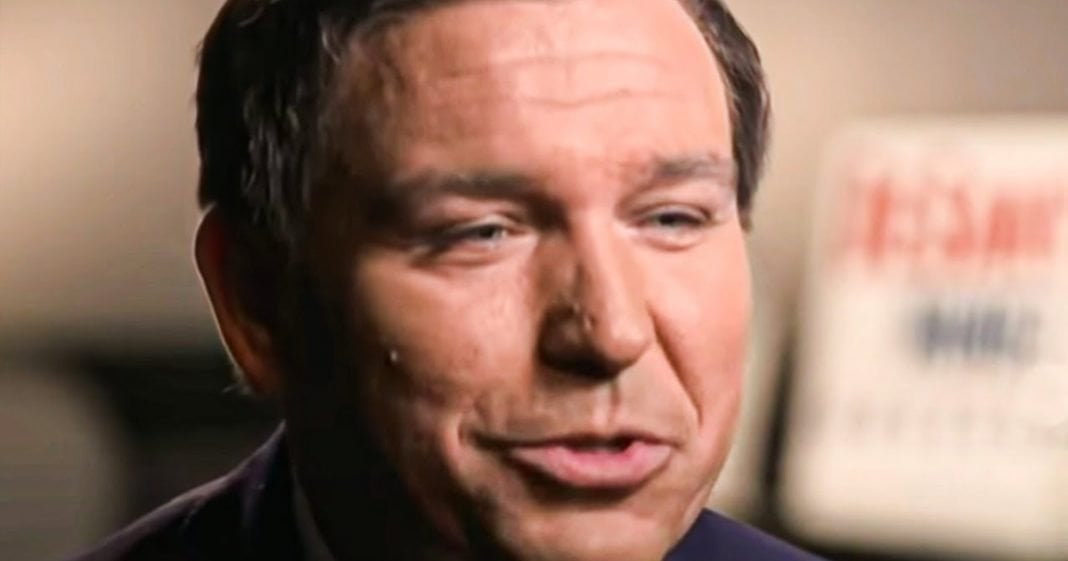 Republicans aren’t exactly known for thinking things through, and this lack of foresight is causing some serious heartburn on the Republican side of the aisle. As Florida prepares to pass an incredibly suppressive new voting law bill, Republicans in the state are worrying about the fact that it will disproportionately impact their numbers and not the Democrats. They failed to take into account that they’ve been pushing their base to vote by mail for years, and a huge percentage of them now do, but won’t be able to under their new bill. Ring of Fire’s Farron Cousins discusses the instant karma coming for Republicans.

We’re all familiar with the old trope, you know, story trope, movie trope of the cursed wishes, right? The monkey paw, you make a wish, but somehow that wish horribly backfires on you and you end up suffering because of your greed and hubris, essentially is the lesson of those. Well, it would appear that Republican’s found their own monkey paw and they made a wish that they would be able to put in place all kinds of voter suppression laws in vital States like Florida. Um, and now they’re freaking out now that this bill is about to be signed by our governor, actually may have already been signed by now, depending on when you’re watching this, but he said he’s gonna sign it. So let’s just go ahead and say, it’s already law. It’s passed the Florida House. And it limits who is allowed to vote by mail, basically cuts it down to invalids.

You know, unless you can’t physically drag your body to a polling place, you don’t get to vote by mail. So now they’re freaking out, according to new reports, because they forgot one valuable fact, they have been pushing vote by mail for senior citizens who are overwhelmingly Republican in the state of Florida for decades to the point where in this past election, do you know how many Republicans in the state voted by mail, 35%. Yeah, like that’s the largest group that voted by mail was, was Republicans. And they, they didn’t think to look at that statistic before they passed this piece of legislation because they thought, haha, we’re going to own the libs, but it turns out it was one of those monkey paw wishes and that little finger started to curl down. And then, oh crap, we just disenfranchised 35% of our base. There are two tragedies in life. One, is not getting what we want. The other is getting it.

And that it is what is happening with these Republicans in the crucial state of Florida right now. They’re about to watch their own base be disenfranchised from their own voter suppression, because these morons didn’t take the time to look at the statistics that reporters were able to find in about two minutes. That is how brain dead the Republican party of today is. All they know is that, hey, some liberals voted by mail. Let’s get rid of voting by mail. Okay. But didn’t some of our people, hey, shut up Buford. We’re doing our thing here and they did it. And they passed it. Now 35% of their base is sitting there thinking, well, how the hell am I going to get to vote now? Oh, sure, plenty of them, I’m sure a majority of them are still going to make it to the polls. But we are talking about a state where Republicans typically only win by two or 3%. So if you suppress two or 3% of your own base, eek, right? It’s probably not going to bo, bode very well for you in the next election. Is it guys? But be careful what you wish for, because sometimes Karma’s a b.