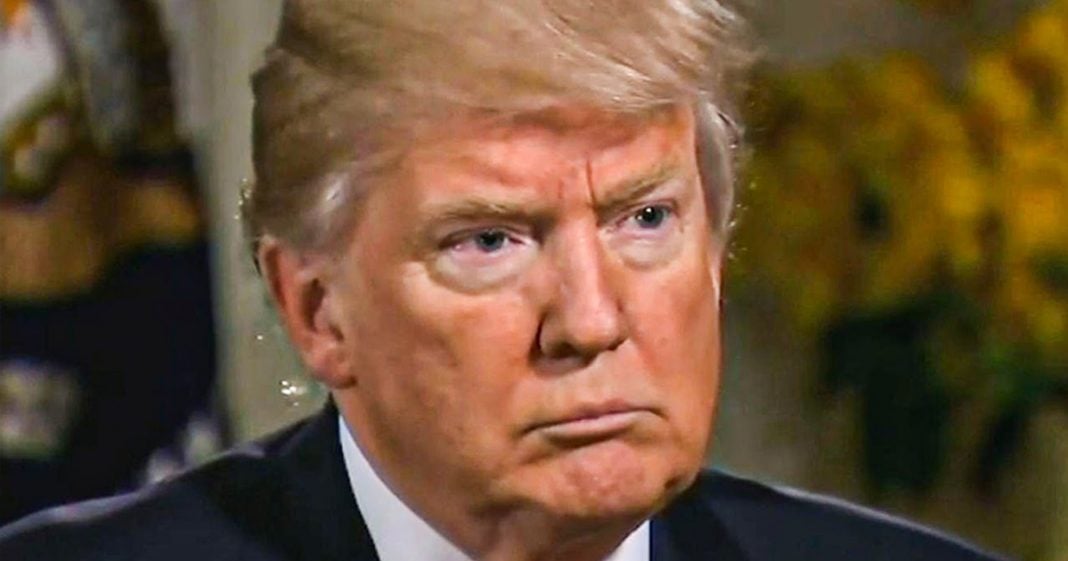 A Twitter account called DJTDesk has been suspended by the platform for acting as a “shadow account” for former President Donald Trump. The account was tweeting out statements from the former president, making it seem as if it were Trump running the account. While no one from the former administration has taken credit for the account, it certainly looked like something they would do. Ring of Fire’s Farron Cousins explains what’s happening.

A Twitter account that was basically operating as a shadow account for former president Donald Trump has now been banned by Twitter. The account was called DJTDesk, Donald J. Trump desk. And what they were doing is they were taking all of those little idiotic statements that Donald Trump was making on his own new social media platform, copying and pasting those into Twitter. So basically it was like, hey, Donald Trump’s back on Twitter, the handle would suggest that yes, it was from Donald J. Trump and Twitter said, hey, we’re not kidding about banning this guy. So you’re banned too. Now there’s no indication just yet that Trump himself was running this account. There is no indication that it was anybody on his staff. In fact, I believe they have denied that it was any of them. This could very easily and, you know, likely just end up being one of those hardcore Trump fans, because so many of those really do exist on social media.

So yes, I wouldn’t put it past any of them. But at the same time, I also wouldn’t put it past anybody willing to work for Donald Trump. I mean, this is really the kind of stuff that they do, put together this kind of little shadow thing and, oh, all these things from Donald Trump. No, it’s not associated with us at all. You know, kind of like Barron Trump, and I’m not talking about Trump’s kid, actually it wasn’t Barron Trump. I’m talking about the pseudonym that Donald Trump used to use way back in the day to talk to reporters and act like he was his own, you know, press guy. Trump’s done things like this before in the past. So again, we cannot, at this point completely rule out that maybe he was doing it himself. Problem is the dude is definitely not tech savvy enough to pull off something like this.

So if it was Donald Trump, he definitely had some help from members of his staff. And you know what, here’s the great thing about this. Twitter can get the IP addresses. You know, they obviously have emails because you have to have an email to register account and they can then trace that email, see who signed up for it, where it came from, whatever. So they would be able to quickly determine whether or not this person was with Donald Trump, if they were even in Mar-a-Lago, or if it’s just some random nutter out there in the United States. So Twitter, I guarantee you knows at least where this stuff is coming from if they don’t already know who exactly is tweeting it out. But either way, this little account operating as a shadow account for the president, maybe with or without his consent, has been banned from Twitter. And that just kind of shows you, Twitter’s not screwing around with this.

If you want to use your account to do nothing but echo things that Donald Trump is saying, you’re going to get the same thing too, because his words are poison and Twitter understands that now. And no, I have no problem with banning a fascist from their platform. Now, Donald Trump’s mentions on Twitter have declined 90% since he was banned, 90%. Obviously a lot of that has to do with the fact that he is no longer president of the United States, but if he knew that number, he would certainly want to do whatever he could to get back on that platform. Right? You know, keep his name out there because that’s all he has. All he has is that name. That’s his brand. That’s his moneymaker. And if that brand starts to die, then he loses any and all influence power and perhaps even money that he’s ever had. So knowing all that, I wouldn’t put it past him to do it. But there’s plenty of loyal Trump crazies out there who would be more than happy to do this too.