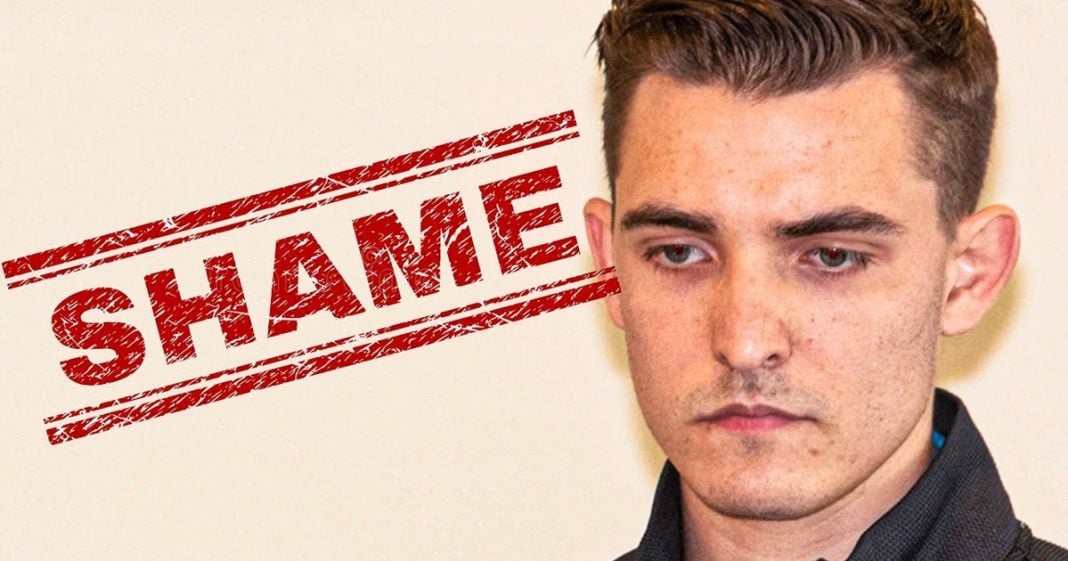 Right-wing grifter frauds Jacob Wohl and Jack Burkman are now being sued for millions of dollars by New York Attorney General Letitia James for allegedly using robocalls in New York to suppress the black vote. The pair are accused of making more than 5,000 of these robocalls to voters of color in New York in an attempt to prevent them from going to the polls last year to vote. Ring of Fire’s Farron Cousins explains what’s happening.

New York attorney general Letitia James has filed a civil action against right wing scammers, Jacob Wohl and Jack Burkman, because the two of them allegedly sent out a series of robocalls, thousands of robocalls to African-American voters in the state of New York before the 2020 presidential election. Now, these robocalls warned the African-American community, that if you vote by mail, the government is going to turn over all of your information to collection agencies, law enforcement officials, just to make sure that you don’t have any outstanding debts, that you don’t have any outstanding warrants because in the eyes of people like Wohl and Burkman, all black people are clearly guilty of something. But the overall effort of course, was to try to suppress as many voters as possible and yes, this is hugely illegal. So it’s great that the New York attorney general has launched this civil action against the two, for millions of dollars, by the way, I think it’s over $2 million.

There’s also, by the way, other cases against these two, they could be facing as many as 15 felony charges in other States as well, California, Ohio, Virginia, basically involving the same thing, voter intimidation, lying to voters, things like that. So, so these two, Wohl and Burkman, could be going away for quite a while. And honestly, that is what these two deserve at this point. Let’s not forget what was happening during the presidential races and primaries, because these two were absolutely ridiculous. They were out there in front of, I think it was Burkman’s house every other day with a new little press conference. And the one where they had this like super young bulked up military guy saying, yeah, I had an affair with Elizabeth Warren and everybody was like, wow, if she did, that’s really cool. It’s a cool looking dude.

Um, of course it was all a farce. The two of them, you know, have basically been in trouble since they teamed up with one another. And yeah, some of it was kind of harmless, stupid stuff like the Elizabeth Warren thing, but the voter suppression stuff and the voter intimidation is very real. There is nothing funny about it. And these two do need to held account, be held accountable. Now it does raise a couple of questions here because as I mentioned, they’re facing 15 different felony charges in multiple different States. So will all of these end up being consolidated perhaps in a massive federal case against the two for voter intimidation? That is something that could happen. Otherwise you’re going to have to have them prosecuted in different States. States may have to drop the charges against them if one state moves first. So I think, the best thing that could happen is that these two have all of their charges consolidated under one federal case instead of the State’s going it on their own.

That’s not up to us. It’s not up to the States. That would be up to the US department of justice. As voter intimidation would actually fall under something that the DOJ would be able to prosecute should they choose to go that route. But either way, no matter which way this thing ends, it doesn’t end well for Wohl and Burkman. And let that be a lesson to all of you other right-wing grifters out there. It’s one thing to carry out your grift on, you know, your social media channels, but it’s another to put your idiotic plans in action and be on the other side of the law. That is the folly of Burkman and Wohl. They got a little too greedy with their grift and they may be spending the next few years in a federal prison.