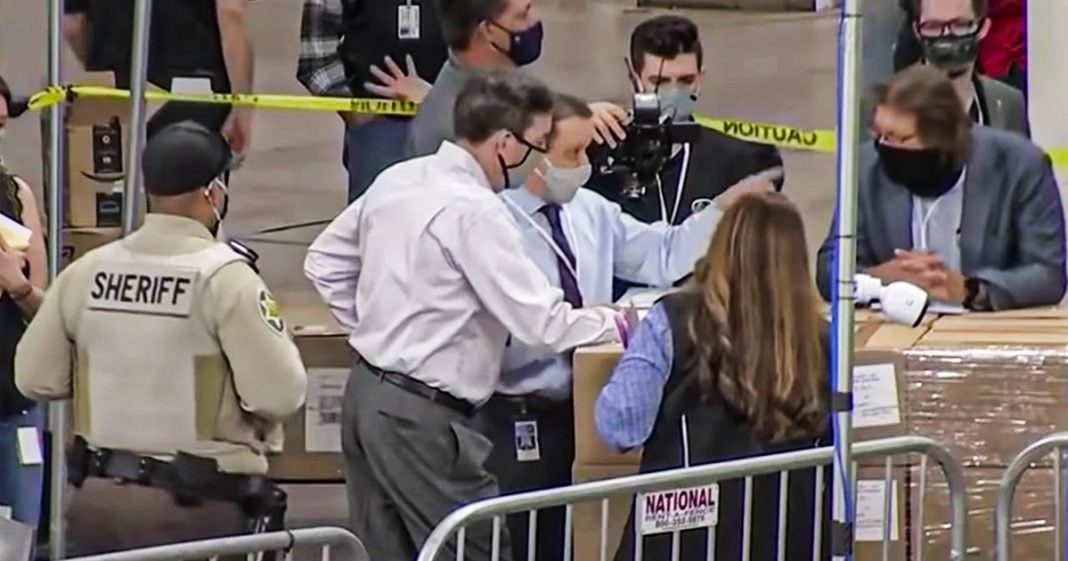 The Republicans that approved the audit of Maricopa County’s ballots in Arizona have revealed that the auditors are actually looking for tiny slivers of bamboo on the ballots, as they believe that some of these ballots might have been shipped in from China. These people are insane, and also fairly prejudiced, and this recount needs to be shut down immediately now that we know they aren’t doing anything inn good faith. Ring of Fire’s Farron Cousins explains what’s happening.

Republicans in the state of Arizona are still carrying out their absolutely ridiculous audit of more than 2 million ballots from Maricopa County. So what exactly are they looking for? Are they thinking they’re going to find evidence that, oh, there were just, you know, thousands and thousands of Trump ballots that weren’t counted. The answer is, no. We now know what they’re looking for, exactly. They’re looking for bamboo. Yeah, I wish I was making that up. I wish and honestly, when I first saw this story, I really did think it was satire, but apparently is, it is not. The auditors in Arizona are looking for shreds, strands, traces of bamboo on the ballots because they believe, the conspiracy theorists they’ve put in charge of this recount that was also based on a conspiracy theory, believe that thousands of ballots were actually shipped over to Arizona already filled out for Joe Biden from China.

And so of course, as we all know, everything from China has traces of bamboo on it because, you know, stereotypes and what not. These, these people should be in jail. They should be in jail. And I’m not just talking about the auditors or the guy running the company who has no business running the recount, but the lawmakers as well. This has become obscene and racist if we’re being honest. Thinking anything that comes from Asia has traces of bamboo on it. Yeah, guess what? That’s racism. You’ve stereotyped these people now. You’ve stereotyped everything from their country and that’s racist. But this, this recount has, has absolutely gotten out of control. In the early days of it, I did say that I supported it because all it’s going to show is that once again, Donald Trump loses the state of Arizona, but now it has absolutely crossed a line into just self parody, to complete absurdity, costing taxpayers in the state of Arizona, I think what $150,000 they’ve now spent on this idiot, trying to find traces of bamboo on these ballots.

Enough with this. The DOJ has already said, they need to be careful because what’s happening in Arizona might actually violate civil rights law. How about you get on that DOJ? If you think it’s violating civil rights law, how about you put a couple people on that immediately so that we can get an answer and decide whether or not we need to press charges against these individuals for what they’re doing so that we can stop this. Because again, this is just obscene at this point. There was no fraud. There are no ballots from Asia. And if you believe those things, you need to go get your head examined. That’s the reality that we’re living with now. But these Republicans are so hell bent on trying to appease Donald Trump, even though they know deep down in their heart of hearts, that nothing they do here is going to change the outcome of the 2020 election or even the outcome in just their state in the 2020 election. They know that, but they’re doing it to appease Trump and they’re making a mockery of our entire election process as they appease that idiot.