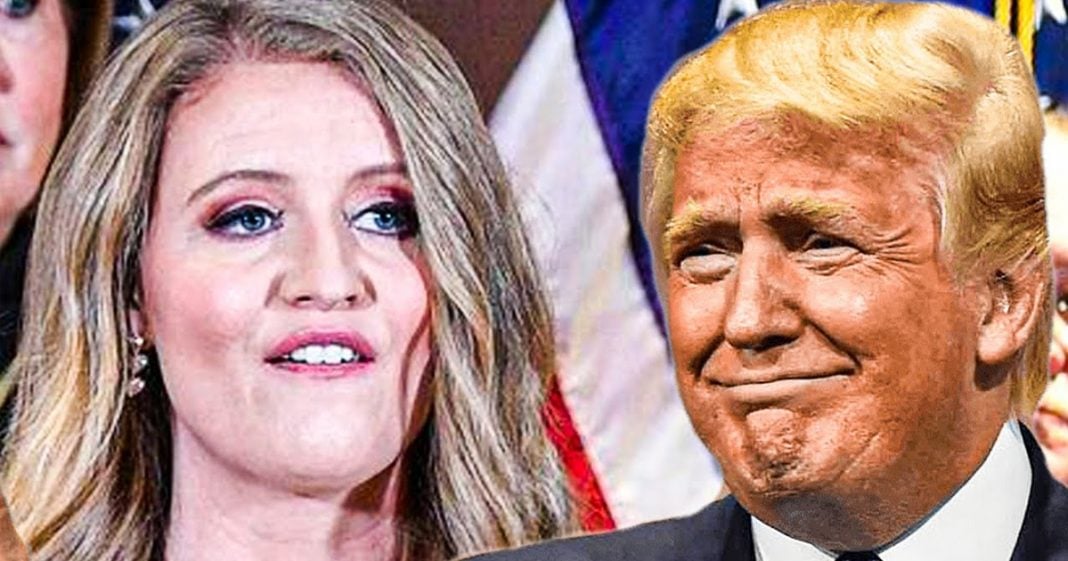 A group of Trump allies, including one of the attorneys he had working on challenging the election, have formed a new group called the Election Integrity Alliance that will siphon money away from gullible Trump supporters in order to perpetuate Trump’s Big Lie. The group will be setup as a nonprofit, giving donors plenty of reasons to donate to the propaganda group that isn’t actually going to be fighting for election security. Ring of Fire’s Farron Cousins explains what’s happening.

A group of Trump allies have started a new organization, the Election Integrity Alliance. This group is actually an offshoot of another Trump group called the American Greatness Fund, that has members such as Brad Parscale, Jenna Ellis, Ken Paxton, all of these hardcore Trumpers who are continuing to push the narrative that Donald Trump won the 2020 election, even though all of the available evidence and all the recounts and all the audits have shown that he lost handily. But of course they understand that the Republican base or the Trump base still thinks Trump won. So what better way to continue grifting these super gullible individuals than to start a nonprofit group that says it’s totally gonna go after election fraud. That’s what this is all about. This is not just about perpetuating Donald Trump’s big lie that he somehow actually won the election.

That, that’s, that’s part of it. Sure. But the big part is how can we continue to grift these uber gullible individuals into continuing to give us money for literally no reason, because let’s be honest here, this group, isn’t actually going to do anything because there’s really not much for them to do. If they were a genuine election integrity group of which there are plenty here in the United States that do great work, they would be out there fighting oppressive voting laws, fighting back against photo ID, doing these souls to the polls. Bus drives, all kinds of things to get people out there to vote, but instead they want to continue to push the lies that oh, our election system cannot be trusted. And we’re the only group that can save you if you want Republicans to win. So give us lots of money.

Here’s the thing I think Republicans need to remember, multiple times during the Trump administration Democrats proposed legislation that would have increased election security here in the United States. These were broad bi-partisan measures that passed the House. They made it to the Senate where they died on Mitch McConnell’s desk. For years and years and years, these election integrity bills that would do what Republicans say they want done just sat there, McConnell killed them. And then of course they all expired at the end of the term, which was, you know, when the new term began this year. So if you were serious about wanting to protect elections here in the United States, there’s plenty of things you could have done. Plenty of things you could have been doing for years and years and years, but that is clearly not what this group is all about. They want to continue to muddy the waters.

They want to continue to spread Trump’s big lie, but most importantly, they got to get their hands on that money. And what better way to do it than to set this up as a nonprofit, right? Because if it’s a nonprofit, you can get big donations from a lot of your corporate buddies and they can turn around and write that stuff off. And of course, I’m sure we’ll never really know who all the donors to this group are, but with people like Brad Parscale and Jenna Ellis and Ken Paxton involved, I don’t think it really matters because we already know who the bad guys are in this situation. This is a grift, it’s a grift that’s going to continue as long as they can pull it off. And I promise you, they will do literally nothing to help protect elections here in the United States.