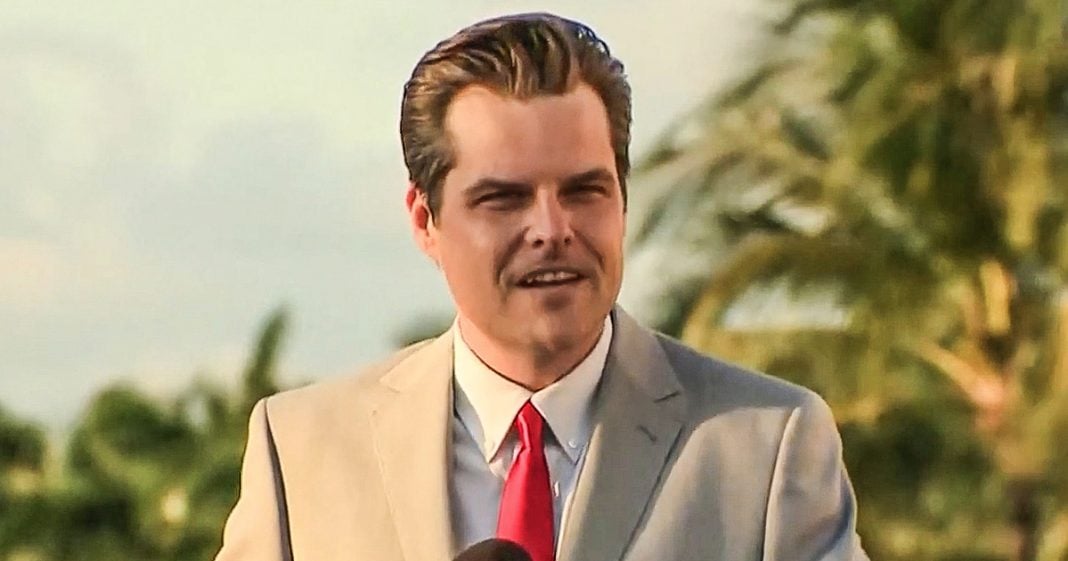 Mike Papantonio:             Republican Congressman Matt Gaetz is getting sucked further into scandal after the man, he allegedly paid to deliver girls to him, further implicated him in criminal activity. Joining me tonight to talk about this is Farron Cousins with the trial lawyer magazine, absolutely the best progressive in the business. I, your reporting just gets better and better. I’ve known you since you were a child, and every year it gets better, Farron. Really it does.