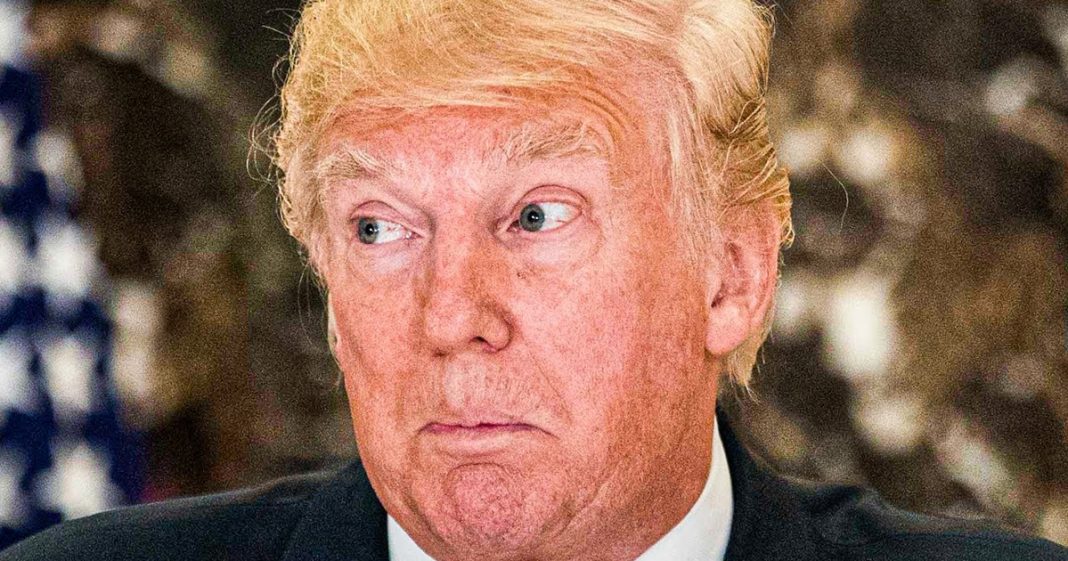 Donald Trump has launched a new “social media” app to let his followers know what he thinks about things, but it’s really just a weird combination of Twitter and Blogspot meant to give his followers things to tweet out on his behalf. The new site is absolutely pathetic, and people on real social media outlets are having a field day mocking and ridiculing this ridiculous attempt by Trump to stay relevant. Ring of Fire’s Farron Cousins discusses this.

Following in the footsteps of so many other failures before him, just in the last few months, Donald Trump has decided that he is launching and in fact has launched a new social media website. And what it really is, is kind of a combination between like Twitter and an old, like a Blogspot type platform. Basically Donald Trump created an online journal. Let’s just call it what it is, because it’s just his online journal where he gets to go onto this little website, write out what is essentially a tweet, click enter and then, okay, it’s, it’s there. But the purpose of it is actually so his supporters can go to this site, see what he has to say, and then amplify it on, you know, real social media outlets. That is how desperate this sob is to get back in social media, that he’s created his own little thing where he can rant and rave and whine and cry.

And his idiot supporters are going to go here, copy and paste it and send it out on Twitter, so that we can all see it. This is beyond pathetic. Let’s not forget literally a week ago, Donald Trump did an interview, I think it was with Sean Hannity where he said, yeah, I’m so glad I’m off Twitter. Twitter’s a failure. Nobody goes there anymore. It’s, my presidential statements are so much better than Twitter. And then he turns around and creates this little thing that is essentially Twitter for dummies, just so he can continue to tweet things. Now, as I had said, when Donald Trump got permanently suspended from Twitter, I said, there goes his power. If he does not have the ability to constantly put himself out there, to constantly be in the public’s face, they are going to forget about him and he is going to lose whatever influence he may have had.

And that is true. That has happened. The polls that we’re seeing reflect it. Sure, the Republican party has gone off the rails trying to support Donald Trump. There’s no, no doubt about that, but that really is only a handful of crazies that have hijacked the entire party. The rest of the party, the majority of the Republican party wants to move on from Trump. Every poll that’s come out since the guy left office shows that his support continues to fall each and every month, they don’t want to see him anymore. They prefer the Republican party over Donald Trump. And a lot of that has to do with the fact that he is not out there every day. He doesn’t have the influence anymore. He doesn’t have as big of an online army. He can’t do anything without social media. I mean, when they kicked him off these platforms, they effectively neutered him.

But he’s trying to get back. And this is a weird little website that he’s created, which by the way, you can also buy some Trump merchandise on the website. So I guess that’s a plus for anybody with some money to burn and a love of Trump in their heart. You can get a bumper sticker that says, don’t blame me. I voted for Trump. You know, that old gem. So it is what it is. This is another pathetic attempt by Donald Trump to put his face back out there in the public to put his words back in the public, because that man is so desperate for attention, that he would literally do anything to get it.