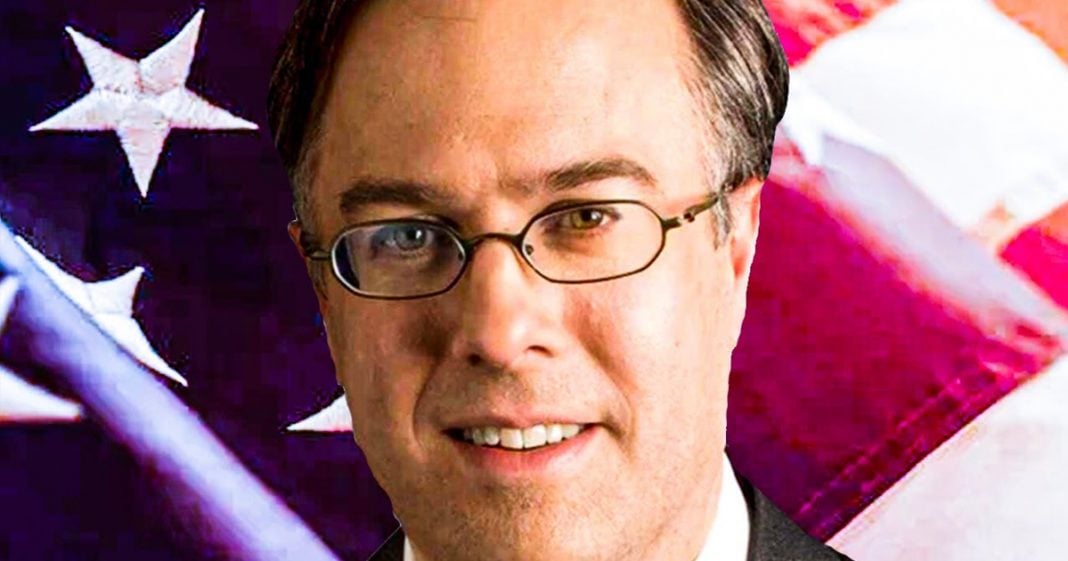 Michael Gerson, a former speechwriter for George W. Bush, said this week that in order for someone to call themselves a “loyal Republican” they would either have to be a liar or a sucker. He’s not wrong, and honestly it takes both liars and suckers to keep the Republican Party alive today, but that really isn’t any different from when Gerson was in a leadership position. Ring of Fire’s Farron Cousins explains what’s happening.

Michael Gerson, a former speech writer for former president George W. Bush wrote an op-ed this week for the Washington Post, where he said, quote, to be a loyal Republican, one must either be a sucker or a liar. And because this defining falsehood about the election is so obviously and laughably false, we can safely assume that most Republican leaders who embrace it fall into the second category. Knowingly repeating a lie, an act of immorality, is now the evidence of Republican fidelity. So a guy who worked for the George W. Bush administration says that if you’re not willing to push the party’s big lie, then clearly you’re not a loyal Republican. And he’s saying in a bad way, right? Like you don’t want to be a loyal Republican is what he’s saying, because to do so means you have to throw away your moral compass. You have to go out there and lie nonstop to the public and, pssh, who would want to do that in today’s GOP, which I’m certain, this has never happened before ever at any other time in the past.

Stories like this me off because this story came from the Huffington Post. Gerson gets to write this in the Washington Post. And nobody thought to call this sob out for all of the lies that he and every other Republican on this planet have been pushing for decades. Absolutely unfreaking believable. But oh, he’s calling out Republicans who are loyal to Trump. So let’s just print his without giving a second thought to it because clearly we’re on the same side and nothing these people did in the past matters anymore. I’m so sick of this mentality. Gerson is an absolute ghoul who helped the Bush administration sell the lies that led us into the 20 year unwinnable war in the middle East, that we are still fighting. With thousands upon thousands of American soldiers being shipped back for the last 20 years in flag covered coffins, hundreds of thousands of innocent civilians and people just going about their daily lives killed by the United States because of lies that Gerson and the administration that he worked for published.

But suddenly, suddenly he thinks it’s so bad that Republicans are all lying, all telling the same lie. And that’s the loyalty. Oh, kind of like the lies that got us into Iraq, huh, Michael Gerson? This is unbelievable that people are still falling, people on the left, are still falling for this nonsense. You know, we always think the enemy of my enemy is my friend, bull crap. The enemy of my enemy can still be a piece of crap when they helped lie us into these unwinnable wars. Wars for oil. Wars of revenge. All the torture that came along from that administration. The list is endless. The trickle-down lies they, they spread. If you want to get off foreign policy for a moment. You’re doing a heck of a job brownie, down there in hurricane Katrina. Nonstop lies from the Bush administration, just as many over the years as we saw from Donald Trump. So let’s stop elevating these people just because they hate the same guy we do. That doesn’t mean we hate them any less for the damage they caused that actually helped pave the way for Donald Trump in the first place.