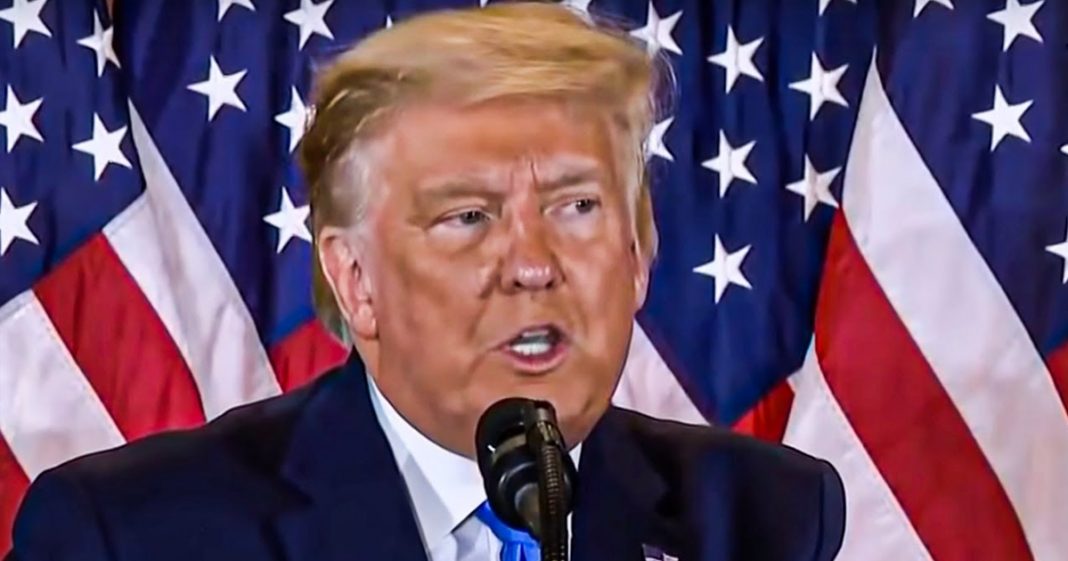 New reports have revealed that there was actually a second dossier about Donald Trump put together by former MI6 agent Christopher Steele, and this one allegedly had evidence of sex tapes that featured Trump. The shocking part of the story is that this information was actually given to the FBI because they were still listening to Steele and taking his evidence seriously, contrary to the claims of Republicans who claimed that Steele was a fraud and a liar. Ring of Fire’s Farron Cousins explains what happened.

A bit of interesting news came out this week saying that apparently there is a second Steele dossier. Now we all remember the first Steele dossier is the one that alleged Donald Trump was somehow compromised by the Russians. Maybe there was a pee tape involved, who knows, uh, certain aspects by the way of that Steele dossier were in fact confirmed. There were, you know, names, dates, times, places, and meetings mentioned in that dossier. The ones that really didn’t get the headlines because they weren’t about a pee tape. But those were in fact confirmed. So plenty of elements of that Steele dossier were confirmed. And now it’s been revealed the FBI, the FBI actually had a second Steele dossier. And one of the things that they talked about in that dossier were alleged sex tapes involving Donald Trump that could have been used as, you know, kompromat by foreign governments.

Now here’s the thing about this. Steele put together his first dossier, it came out, made big headlines. Obviously that’s what started, you know, pretty much the Mueller investigation. But Republicans said nothing in the dossier is true. Hell, you had plenty on the left who said nothing in the dossier was true. And they said Steele was a fraud, he was a farce. The whole thing was, was a joke paid for by the DNC, even though it was actually started by Republicans, to get Trump out of the primary race. But anyway, sure. I mean, they, they don’t like to get the facts right when talking about it, but that’s the truth. That’s what happened. Let’s be honest. And apparently, even as the Republicans were saying that Steele was lying through his teeth and everything in the dossier was false, the FBI saw it and realized that, hey, it’s actually not. So they continued while Trump was president to use information given over to them by Christopher Steele.

That to me is the bigger part of the story than the fact that there may be some compromising sex tapes floating around out there of Donald Trump. Nobody even wants to see those. So I don’t even know how compromising it is because we don’t want to sit and watch that. So then, okay. But the point is Christopher Steele was widely attacked all over the United States, except with the area that actually matters, law enforcement, intelligence. They saw Christopher Steele as a valuable asset. They saw the information that he was giving them as valuable and more importantly, reliable. And so they had him continue to do it even while Donald Trump was serving as president of the United States. So to me, the big story here is the fact that the FBI, the intelligence agencies, believed this guy was credible to the point where they continued to use him. So how much of that first dossier was true then? What do we not know that they have confirmed? And what else is in this second dossier? Those kind of seem like the things the American public might want to know about.