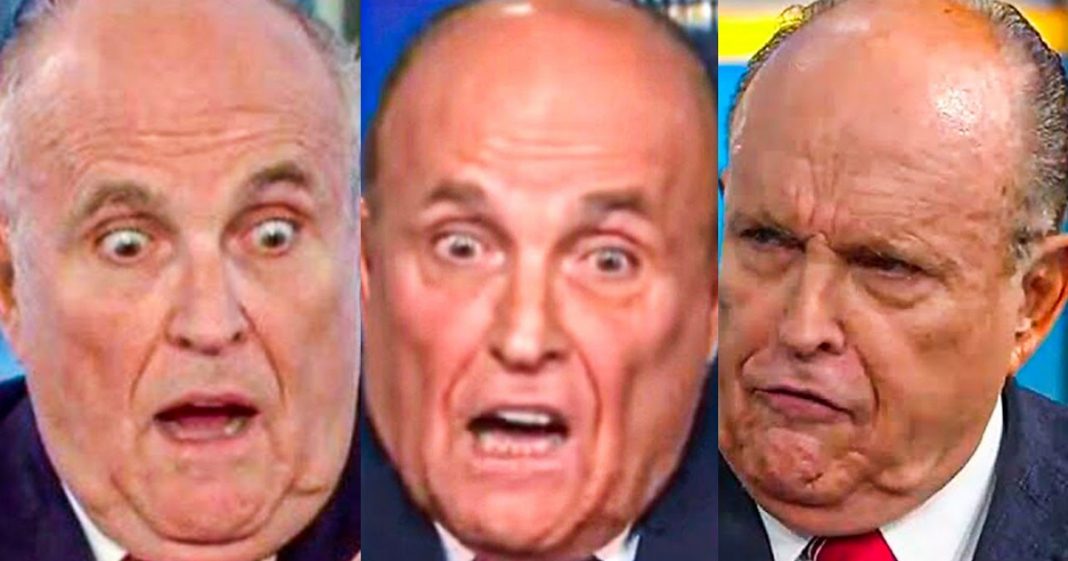 According to a new report, the raid on Rudy Giuliani’s properties would have happened a long time ago if Donald Trump’s Department of Justice wouldn’t have intentionally slowed down the investigation by refusing to take action. It was only after Merrick Garland took over as Attorney General that the case was once again put in motion, leading to the raid and growing legal problems for Trump’s former lawyer. Ring of Fire’s Farron Cousins discusses this issue and explains what happened.

According to a new report from ABC news, the justice department has actually been waiting to give the FBI the green light to go ahead and raid Giuliani’s properties, like they did this past Wednesday, for months, going all the way back to Bill Barr’s time as attorney general of the United States. This was during the Trump administration. They had everything they needed to go ahead and give the go-ahead for the FBI, federal authorities, to raid Giuliani’s properties, but they didn’t do it. They had the evidence, they had the warrants, they had everything. They just had to go ahead and sign it there and they refused to do it, effectively for months, putting that particular investigation on ice. And sure, at the time Giuliani was still acting as Donald Trump’s lawyer. He was out there fighting these election lawsuits on behalf of Donald Trump. So sure you certainly wouldn’t want to have your DOJ go out there and conduct a raid on the guy who’s out there spreading your election lies.

No, that would probably make it look like you were lying about the election stuff too. So what better way to make it go away then have your DOJ just sit on it and do nothing? And it wasn’t until Merrick Garland came in as the new attorney general for the United States that he once again, put the case back in motion. They signed off on the raids and the rest is history. But folks, Donald Trump and his DOJ intentionally, first and foremost, let’s be clear. They knew the, the raid was, was imminent. They knew this was a thing that was going to happen to Ruly, Rudy Giuliani, excuse me. They decided to sit on it because Giuliani was being a useful idiot for the president of the United States, going out there spreading the big lie about election fraud that didn’t exist. And of course, again, had the DOJ raided him at that time, that would have severely hurt Donald Trump’s case.

Hell maybe we wouldn’t have this idiotic recount taking place in Arizona right now. Maybe if we would’ve shown back then that Giuliani had no credibility, that Trump had no credibility, we wouldn’t be going through this. And Trump wouldn’t still be giving speeches from a stoop talking about how sad he is that the election was allegedly stolen from him. This is ridiculous. An investigation needs to be conducted to find out who the hell was involved, who gave the decision to sit on it and why it took so long. This is what needs to happen now. And Merrick Garland, the, the Biden administration, they have the authority to conduct this investigation to get to the root of it. And most importantly, get rid of every single person that was involved in that decision making because obviously they care more about partisan politics than they do about actually doing their jobs.

This is something we know now. This is information that probably will go nowhere. The DOJ is probably not going to be conducting this investigation that again, desperately does need to happen. But it does raise one other interesting point. The DOJ knew that this raid on Giuliani was imminent once they left office. It is highly unlikely that Trump didn’t know the same thing. So even with that knowledge, Donald Trump still didn’t give his buddy Rudy Giuliani a pardon. Take from that what you will. But I think that says a lot about Trump’s loyalty. He knew his good buddy was going to go down. And even though we had the power to stop it, washed his hands of it and left office.