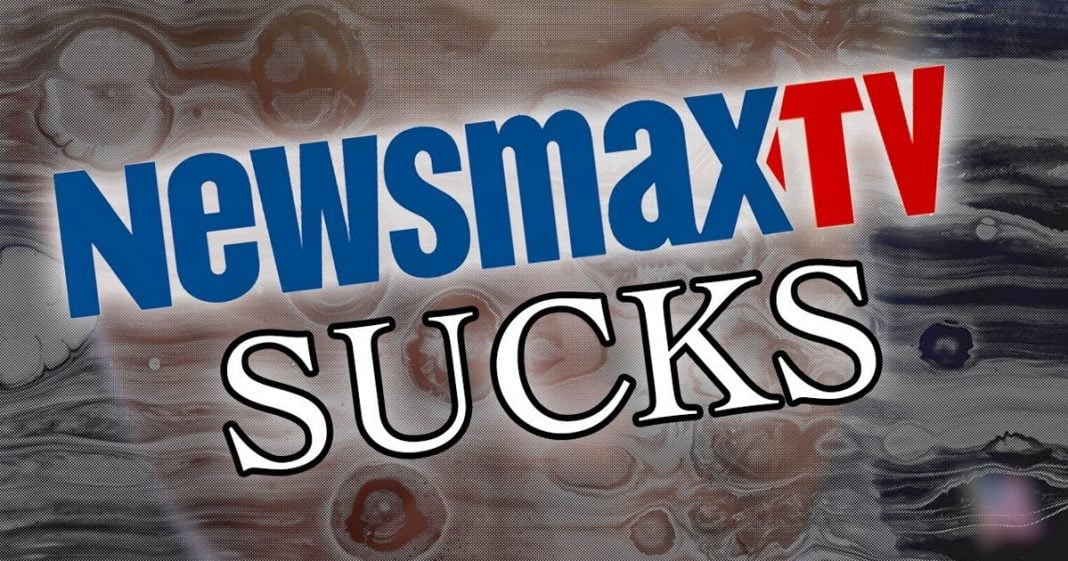 The right wing network Newsmax has been forced to issue an apology and admit that they weren’t being honest when they discussed Dominion Voting Systems and some of their workers in the aftermath of the 2020 election. The public apology came after the network agreed to settle the case with Dominion rather than face off in a lengthy and expensive court battle that they had no chance of winning. Ring of Fire’s Farron Cousins explains what’s happening.

Well folks, late last week, the first domino fell in the dominion voting systems defamation lawsuit saga and that first domino was Newsmax. Newsmax decided they couldn’t really fight the charges against them. All of the horrible things they had said about dominion. So they decided it was easier to just settle and issue a public apology and they did, they publicly apologized, that Newsmax would like to clarify its coverage of Dr. Coomer, who by the way, was the director of product strategy and security at dominion. And note that while Newsmax initially covered claims by president Trump’s lawyers, supporters and others, that Dr. Coomer played a role in manipulating dominion voting systems, dominion voting software and the final vote counts in the 2020 presidential election. Newsmax subsequently found no evidence that such allegations were true. Many of the States whose results were contested by the Trump campaign after the November, 2020 election have conducted extensive recounts and audits.

And each of these States certified the results as legal and final. So, yeah, okay. Hey, we lied to you. We let these idiots come on our airwaves and we didn’t correct them when they said all these horrible things. So yeah, our bad. Did you see how they really didn’t even take responsibility? Like sure, I mean, yeah, the things were said on our network, but come on, it was Trump’s lawyers. It was his supporters. And, you know, they said it and we’re going to pay out millions and millions of dollars because they said it. But we’re also not going to have to go through the discovery process. So that’s going to save us a lot of embarrassment. Late last week before this lawsuit came out, I sat here and did a segment talking about Fox news trying to fight the lawsuits against them. And I said, what’s going to happen is that these outlets and these individuals are going to start settling these lawsuits because they do not want to go through the discovery process. Because what we know based on the available evidence, Fox news was working with Donald Trump’s lawyers.

They would reach out, they knew the crazy things these people were going to say on air. They knew the lies they were going to spread and they allowed it to happen anyway. And if we already know that, then I have to imagine what we do not know yet is far worse. And those are the kinds of communications that would absolutely be relevant in the discovery process, should these lawsuits go that far. Newsmax decided, you know what, we don’t want to do that. We also don’t want to risk losing the lawsuit and having to pay $1.3 billion to dominion. We have no defense of this. We know we screwed up just like Fox knows they screwed up. So let’s save ourselves as some embarrassment. Let’s save ourselves some money. Let’s save ourselves some legal fees here and let’s go ahead and settle. And I guarantee you, it’s not going to happen quite yet because Fox news has more money, obviously, than Newsmax. They can try to get their lawyers to come up with something that sticks. Although nothing has so far. But in the very near future, Fox news is going to file suit and they’re gonna do it before the discovery process begins. Mark my words.