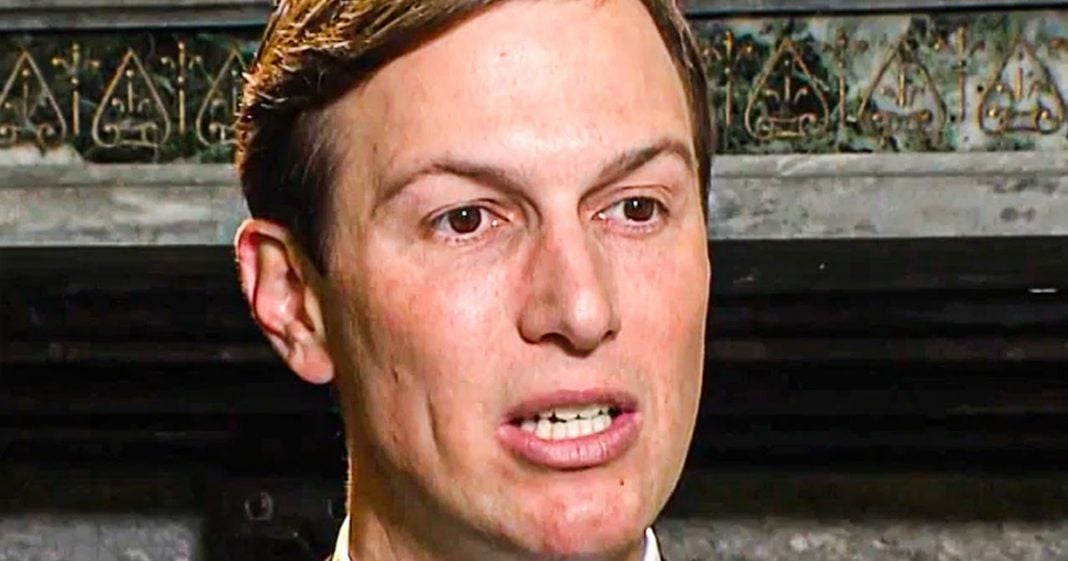 Jared Kushner is once again facing serious legal trouble, this time for apartment complex’s that his company owns a share of in Maryland. Last week the company was dealt a devastating legal blow after a judge determined that the legal violations from Kushner’s company were “widespread and numerous,” including overcharging for fees to the tune of more than $300,000. Ring of Fire’s Farron Cousins explains what’s happening.

A business co owned by both Jared Kushner and his brother Joshua was smacked down by a judge in Maryland last week in a 252 page decision alleging that the company owned by these two Kushner morons had violated the law so much that the violations were in fact, widespread and numerous, direct quote from the 252 page ruling, widespread and numerous. So what are these violations that Jared Kushner and his brother Josh were guilty of in the state of Maryland with the apartment complex’s that they owned? Misrepresenting the condition of apartments to potential renters. That’s illegal. They were charging fees without actual licenses to be able to charge those fees to tenants. They were charging fees that didn’t actually exist, collecting debts, just absolutely everything, illegal fees thousands of times, over the course of more than two years. They, the ill gotten gains totaled more than $332,000. That’s how many times, how frequently it was, in just two years that they were overcharging their tenants, Jared Kushner and his brother, Josh. These, these people are criminals. These people are criminals. I mean, the, the 252 page decision actually proves that, says, you continue to break the law. You continue to break the law.

Jared, Josh, you guys are breaking the law so much that it’s widespread and numerous. So what’s going to happen to these two imbeciles? Nothing, nothing. And that’s what me off so much. We see time after time, innocent people mowed down in the streets by cops and it turns out, oh, well, yeah, we thought maybe that person had a joint on them. Maybe that person, you know, wrote a bad check. And here we have real actual criminals, bilking hundreds of thousands of dollars out of the people who trust them. And what happens to these people? Not a thing, not a thing. They don’t get arrested. They go to court, they get the slap on the wrist. They say, you got to pay that money back, but probably not all of it. And of course you actually get to write it off in your taxes. So hell, you may end up doing better by losing the case than winning. Nothing happens to these people. There is not two justice systems in the United States. There’s not because that would imply that the wealthy and powerful, like the Kushners, actually have to face justice. They don’t. There is only one justice system. And if you make above a certain income, you’re exempt from having to go through it.