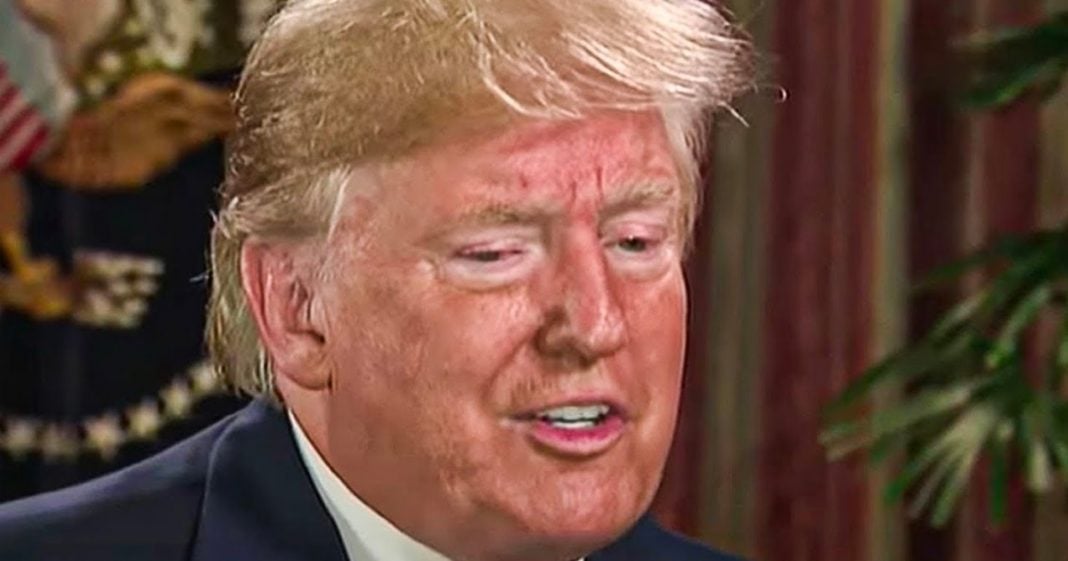 Donald Trump told Fox News host Maria Bartiromo this week that he is “100% thinking about running” again in 2024. This is the clearest indication that he has given so far about running in 2024, but it could also just be a pathetic attempt by the former president to remain relevant in a news cycle that is largely forgetting about him. Ring of Fire’s Farron Cousins discusses a possible Trump run and some of the reasons why this announcement came out this week.

In an interview this week with Fox news host Maria Bartiromo, Donald Trump said that he is quote 100% thinking about running again in 2024. Not that he is one hundred percent running again in 2024, but he is 100% thinking about it. And he actually said this by the way, the day of Joe Biden’s address to Congress in that evening. Trump appeared on Fox business via telephone that day, Biden gave his address that evening. So, gee, I wonder why Donald Trump would come out on a day when all the spotlights and all the networks were on Biden and talk about possibly thinking about maybe running again in 2024. Gee, I don’t know, takes somebody a lot smarter than me to figure that out, right? No, we all know why he said this on that particular day, he was trying to redirect the news cycle back to him. And it, I don’t think was just because of Biden’s speech.

I think it’s because earlier in the week, we also got some new polls out, showing that Donald Trump’s support among Republicans has now fallen to only 44% while 50% say they support the party over Donald Trump. So we got some bad polling news showing that his influence is non-existent, which I’ve been saying for months. Biden’s given a speech that was over welcomingly approved by the majority of people who watched it as were the policies that he proposed and Trump wanted the spotlight back. So he phones it into Fox news says, yeah, I’m totally thinking about running in 2024. Yeah. I’m thinking about, I’m thinking. I got the old noodle going here. But, there isn’t a part of me at all right now that thinks that Donald Trump is running again in 2024. Simply don’t see it happening. And not just because there’s a chance he might be in prison at the time because of these investigations in New York.

That’s certainly a possibility. Absolutely. Even if he’s not in prison, if these investigations are fruitful or any of the other lawsuits against him bear any fruit, then it’s going to destroy him to the point where he’s not going to be able to run again. Which is pretty much where he’s out already. Again, his own base is leaving him. He is losing ground with the Republican party in every single poll that has come out since he left office. People are glad he’s gone. They don’t want him back. They want the Republican party back, according to the latest polls earlier this week, that’s what they want back, not him. So he can do what he wants. He can phone it in to Fox news and say all these, oh, I’m thinking about it. Talk about me. Let’s do this.

No, he’s not going to do it. But I do think he wants to keep toying with the public long enough to keep out maybe some of the more moderate Republicans so that he can replace himself, essentially, with one of his acolytes, like Ron DeSantis from Florida or assuming he’s also not in prison, Matt Gaetz. That’s what he wants to do. He wants to keep the waters just muddy enough to keep out people like Nikki Haley, perhaps Josh Hawley, even though they are both Trump supporters, he wants to make sure that it’s somebody he can control because it would be somebody that he created. And of course, trying to steal the spotlight from Biden was also one of his goals there. But as we saw develop that day, that didn’t really happen either, much like a Trump 2024 run is also most likely not even going to happen.