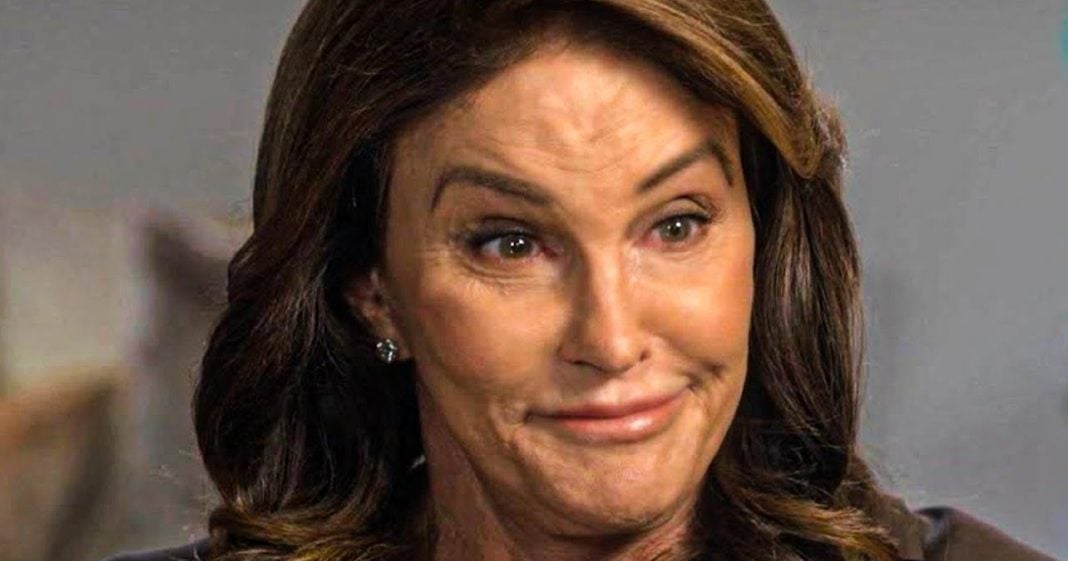 Not Democrats, not Republicans, not Fox News, not even her own family support Caitlyn Jenner’s bid for California governor, which begs the question “Why the hell is she even running?” What is the point of this when everyone thinks it is a stupid idea and nobody supports you? Maybe it is vanity, maybe a little insanity, but this is a campaign that is going to go down in flames before it even gets lift off. Ring of Fire’s Farron Cousinsdiscusses this.

Well, the recall of California governor Gavin Newsom is underway. There will be, you know, this, this election later this year, and one of the people that’s thrown their hat into the ring is Caitlyn Jenner. Caitlyn Jenner announced not that long ago, she was in fact running for governor, put out some really tone deaf tweets about Newsom, allegedly letting criminals walk the streets, ignoring the fact that she literally killed somebody with her car. And she’s, you know, not in prison for that. But here’s the funnier part. According to new reports, there isn’t a single group that actually wants Caitlyn Jenner to run. Even the LGBTQ community is attacking her. Like we don’t want her. She doesn’t represent us. She is not an ally. You also have conservatives, because Caitlyn Jenner is a Republican, conservative groups on Fox news this week led by Charlie Kirk, talking to Martha MacCallum, trashed Caitlyn Jenner. Why? Because they still don’t accept her as transgender. So she’ll never be welcome in the party that she so lovingly cares for.

So Republicans are out there attacking her. Fox news is out there attacking her. Democrats don’t want her. The LGBTQ community says that she’s horrible. So again, across the board, everybody’s like, what the hell are you doing, Caitlyn? Why are you running? Nobody likes you. Even her own family, by the way, has also said, yeah, we’re not sure what this is about. Um, we don’t know that it’s a good idea. That’s what they said, we don’t know that it’s a good idea. So when you can’t even get your own family to support your campaign, yeah, you’re kind of dead in the water there, right? This is ridiculous. So what is this campaign all about anyway? You know, it’s about vanity. Caitlyn Jenner is a lot like Donald Trump, right? Except Caitlyn Jenner throughout her life has had more success than Donald Trump. Let’s be honest. You know, Olympic gold medalist, super, super popular reality TV star, you know, and then through, through her transition, overwhelming public support and pride. Unfortunately again, she turned out to not be that good of an ally. However, you know, she, she’s been in the spotlight her, her, most of her life. She’s done great things.

And that may have kind of warped, you know, maybe she says, I want to remain in the spotlight. I want to do whatever I have to do to keep people talking about me. I’ve got to be the one, the center of attention, because that’s what I’m used to. Again, it sounds a lot like Donald Trump and to me, that’s what this whole campaign is about. Let’s be honest. The latest polling actually shows that Gavin Newsom has nothing to worry about. Sure, they were able to get the signatures for the recall, but he still has a plurality of support all throughout the state, except for like the central Valley, which it’s a little more conservative. So that’s a given. So as it stands right now, Newsom’s going to win the recall election. So he’s still going to be governor and then Caitlyn Jenner and whoever else is going to run are probably going to end up wasting a ton of other people’s money. Probably some of their own money too. For what? For vanity, for pride, because they couldn’t stand not being in the spotlight for five frigging seconds. That is what Caitlyn Jenner’s campaign is all about.