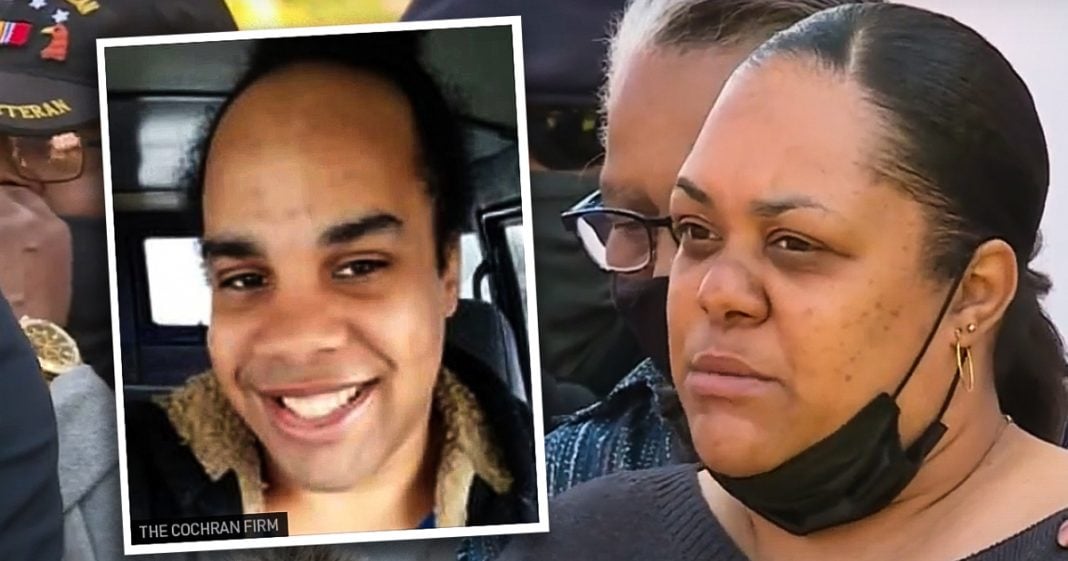 Via America’s Lawyer: 32 year-old Isaiah Brown is in critical condition after being shot 10 times by a Virginia deputy responding to Isaiah’s own 911 call. Attorney David Haynes joins Mike Papantonio to explain the grim details that led to the near-fatal shooting.

Mike Papantonio:             It’s a sad reality for millions of Americans that encounters with law enforcement can quickly turn into a life or death situation. Oftentimes for no reason at all. One man in Virginia was gunned down during a 911 call. Another man was shot and killed from behind while driving a vehicle. My law partner, David Haynes, is handling one of the most important cases of a police shooting right now. David, start off by giving us the details about the fatal 911 shooting that took place.

David Haynes:                     Mike, this is the latest killing of an unarmed black man in our country, which, which occurred in the early morning hours of last Wednesday, April 21st, when Isaiah Brown, who was a 32 year old male, called for assistance because his car was broken down. The deputy, same deputy actually gave him a ride home. Another call was made for more assistance because he wasn’t able to get another vehicle. The deputy showed up, mistook a cordless phone for a handgun and shot him when he was unarmed. What we believe was 10 times with 10 bullets still remaining in his body. And Isaiah Brown is in intensive care right now fighting for his life. This was a terrible breakdown with communication between dispatch and the officer.

Mike Papantonio:             Well, tease out the phone a little bit. He had, he had a phone in his hand, right. Left, left, right hand. And he has the phone holding it up to the, to the police officer. Is that right? Or, fill that in a little bit more because it’s not really clear.

David Haynes:                     That’s exactly right. What happened was he was in the home, he placed a 911 call using a cordless house phone. He remained on the phone with 911 dispatch the entire time. He informed dispatch that he did not have a weapon. He did not have a gun. And that he was outside on the road with the phone. At that time, you could hear the sirens coming, approaching from, on the audio and the dispatch instructs him to hold his hands up. And of course he had the phone in his hand, which he did. So he was following orders. The deputy apparently then arriving on scene, immediately jumped to the conclusion that this must be a handgun, which was on, still an open line with 911. And he yelled commands at him and then unloaded his service weapon on Isaiah Brown.

Mike Papantonio:             Well, what was most, from the body cam footage, what did it reveal about the shooting and what action is, is our, what, I say our firm because you’re my law partner, I’m going to disclose that. What, what are we taking to hold this police officer accountable? Is there some, is there some standard that he obviously violated? Tell me what, tell me what your take is on that.

David Haynes:                     Exactly. There are multiple police standards that have been violated here, which we’ll, we’re pursuing. We’re also calling on the Sheriff’s office and the special prosecutor to release any additional audio. At this time, it’s unclear if there was one or two dispatchers, and if only certain audio has been released. We also, the matter is being reviewed by a special prosecutor for criminal charges. We’re asking that criminal charges be brought against this deputy. We’ll be filing a freedom of information act request immediately this week, for the other 911 audio tape. The body cam footage is very poor. You can’t really see anything. We need to know if there’s dash cam footage. And of course, then we will be continuing our investigation and likely filing a civil rights suit on behalf of Mr. Brown.

Mike Papantonio:             Let me ask you this. Is there just an issue about training? I mean, look, my, my memory of, my memory of this, when I read the facts, was that the officer was heard on the body cam saying, where’s his gun? Where’s his gun? What’s the take, what’s your take on that? I mean, he obviously believed there was a gun there. What, what’s, what is that about?

David Haynes:                     Yes. And, and there, that appears to be a breakdown in communication between 911 dispatch and the deputy. Full 90 seconds before, Mr. Brown had informed dispatch that he did not have a gun, did not have a weapon. And we believe there was a failure in communication between the dispatcher and the officer. It also may have been that this one dispatch lady was trying to handle communications between Mr. Brown and the officer at the same time, which was simply too much. Also the officer made errors when he arrived on scene. He should’ve read the scene. He should have called for backup. And there are a number of police tactical errors that he made as well.

Mike Papantonio:             It seemed like the officer could have just taken refuge behind his car, his protection, if you thought the man had a gun. But anyway, we’ll see how this develops. David, thank you for joining me. Okay.