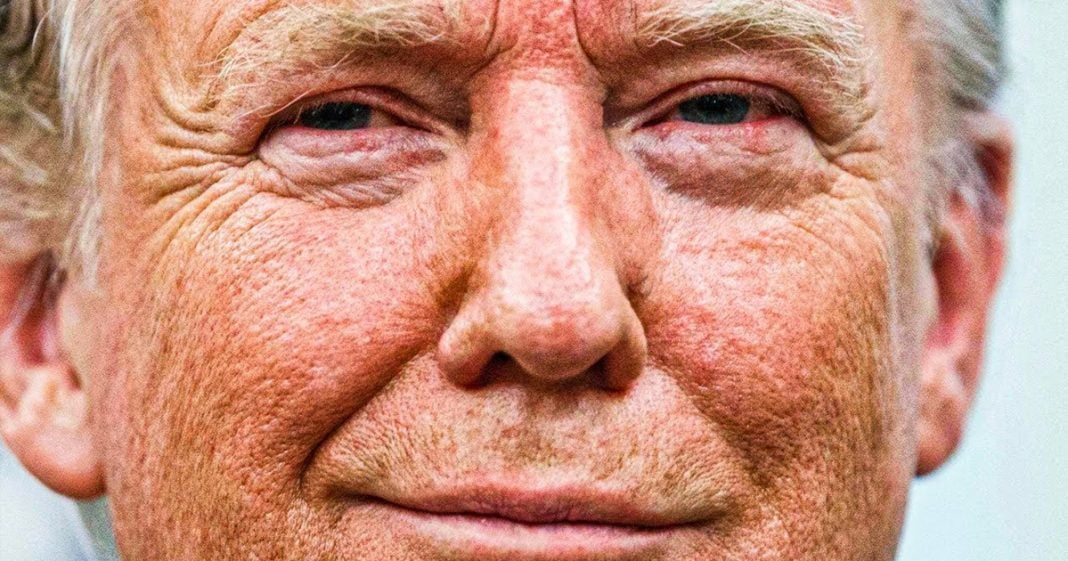 The Republican Party is now the Party Of Stupid, and there is no hope at all of salvaging the GOP. With their recent attempts to convince the public that President Biden was going to impose limits on meat consumption, Republicans proved that they don’t actually want to talk about real issues and instead want to live in a fantasy world where everyone is an idiot who will believe whatever they say. This is dangerous for America, and the Republican Party needs to be left to wither away because of it. Ring of Fire’s Farron Cousins discusses this.

The Republican party has officially become the party of stupid. Now don’t get me wrong, the Republican party has been the party of stupid for a very, very long time here. So I don’t need people saying they’ve always been that. I understand I get it. I’ve been doing this for a long time. But here’s the thing. This recent nonsense that they’ve been pushing about Joe Biden and his red meat quotas, four pounds per year, one burger per month. It shows that this party not only can’t be redeemed, but that it’s time to let the Republican party just die. They can’t be saved. They can’t be changed. They can’t be a different thing anymore. This is who they are. We have people like Trump Jr. of course, Taylor Greene’s and Boebert’s and all these other Republican lawmakers, a governor of Texas out there pushing these idiotic lies that, oh, they’re going to ban the red meat.

Oh Lord, what are we going to do? Oh, woe is me. Listen, stop it. Stop giving them attention for this crap and Republican voters because I know y’all come on here and watch these videos sometimes. Stop supporting these idiots. You’re supporting stupidity because the right wing media was bamboozled by the daily mail over in the UK who put out this story originally based on false information. They lied, conservative media over here picked it up, put it out in their echo chamber and fed the stupid talk to all of these Republicans. And by the way, folks, it is not just about the whole red meat banning thing. Again, this has been going on for years and years and years. Their refusal to accept science. The refusal to wear masks. The fact that they even politicized mask wearing here in the United States shows that they’re the party of stupid.

So if you don’t want to be a member of the party of stupid, then do something about it. Change your voter registration, stop sending these people money, stop echoing them on social media. But this party cannot be reformed. And the reason, by the way, they go to idiotic talking points like this, like, oh, they’re going to ban red meat. Oh, mask wearing could kill. They do it because they have nothing to actually talk about. And that’s the big underlying issue here. When was the last time Republicans actually came out with a talking point or with an idea that would really benefit the American public as a whole? Other than cutting corporate taxes, other than cutting taxes for the wealthy. There are millions of people alive today that have not seen the Republican party develop a new idea in their lifetime. That’s what we’re looking at because the last new idea they had back in Reagan years, early Reagan years, was trickle-down economics.

And it was a bad lie. The creator of it even admitted, hey yeah, this doesn’t work in practice. It’s a stupid idea. Um, of course he didn’t admit that till the two thousands, but still that was the last new idea they had. And even though it was bad, it was new. But since then, nothing. They have come up with absolutely nothing. So they fall back on the stupid talk. They tell you that you need to care about the fact that Biden says we can put pride flags at our embassies. That that somehow threatens your freedom. They tell you that, oh, we’re going to reduce meat consumption and Biden’s going to outlaw cattle. None of which is true. None of that actually impacts your daily life because none of it’s actually true. Meanwhile, on the issues that actually should matter to you, the things that do affect your daily lives, y’all ignore those because the Republican party has convinced you to look over here at the shiny stupid thing while they’re taking away your rights over here.