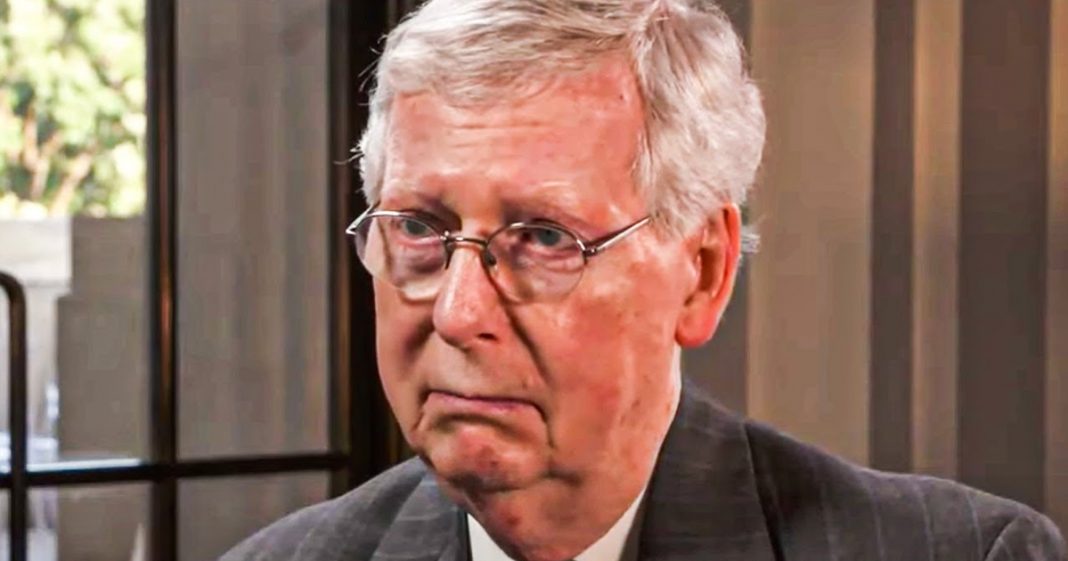 Republicans have spent decades preaching, but never actually practicing, “Fiscal conservatism” where they constantly whine about government spending and debts and say that these things must be controlled. But today, those talking points are becoming fewer and further between as the public rallies behind Democrat proposals that call for massive spending and investment and increased taxes on the wealthy. In short, the public is moving on from fiscal conservatism because it is a death sentence for progress. Ring of Fire’s Farron Cousins discusses this.

You know, it’s amazing how fast Republicans have to change their talking points. Within days of Joe Biden becoming president of the United States, being sworn in and officially being the president, Republicans immediately started talking about the deficit. Now you remember that. There were plenty of articles like, oh, suddenly Republicans care about the deficit after ignoring it during Trump years, ignoring it during Bush years, harping on it during Obama. And they tried to harp on it again in the early days of the Biden administration. They have tried to attack his ambitious two and a half trillion dollar infrastructure package as just too costly. His stimulus package was too costly. We don’t have that money. What are we going to do? Oh, you want to expand Medicare access, which unfortunately he just wants to expand the ACA at this point. But, either way Republicans said, well, that’s too costly. But those talking points aren’t resonating with anybody, including the Republican base.

And that is according to Republicans in Washington, DC, actual lawmakers. Here’s one, Senate Republican whip John Thune said, unfortunately, fiscal concerns are probably not as important to the GOP base as 10 years ago. And Trump actually helped transform the party’s priorities. Quote, it wasn’t something that was an important issue for president Trump. And so many of our base voters aligned themselves with president Trump. It’s almost like now debt deficit spending become abstract issues, like a lot of folk or that a lot of folks aren’t paying attention to and should be. No, actually they shouldn’t, and to be honest, dude, it’s not because Donald Trump was just like, ah, to hell with it. Deficits don’t matter. It’s because what Biden is spending money on right now is actually benefiting the American public. That’s the problem. See, that’s the thing Republicans never understood. Sure, you can talk about the debt and you can talk about the deficit and you can get a certain number of people riled up about that because they don’t want the country to be in ridiculous debt.

Like, well, why don’t they care about the debt? Gee, I don’t know because they’re getting something out of this administration. Again, this administration is young. We have four years to go minus 100 days. Okay. So yes, anything could happen between now and then. But is Joe Biden on the right path right now? Absolutely. In terms of the American public, he is on the right path. Now, Progressive’s we would like a little bit more. We’re not happy with some of the things that have happened. But the public as a whole is. And it may be baby steps, it may be not as big as we want, but the public is paying attention and the public approves of this. And Republicans are still scratching their heads, trying to figure out why that is because they haven’t quite connected the dots that when you actually provide good things for the public, they support you. That is a concept that is completely foreign to Republican leaders.