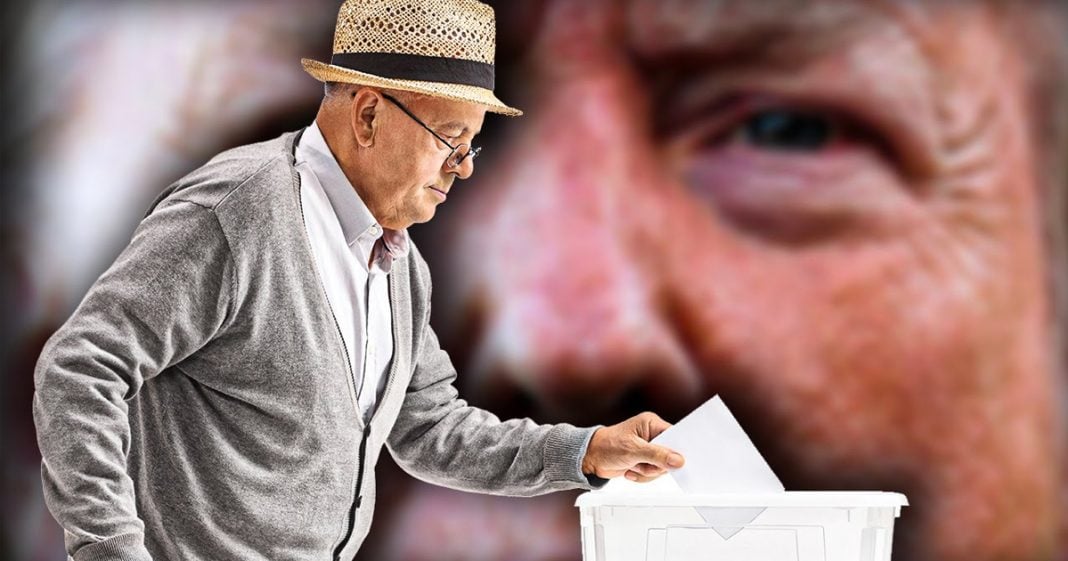 It isn’t uncommon for Republicans to work against the basic needs of their own voting base, but their latest attempts to fight President Biden’s infrastructure plan are exceptionally cruel to the one group that they need to survive – elderly voters. The infrastructure plan would provide hundreds of billions of dollars for elder care, but Republicans aren’t happy with this idea and don’t want it to become a reality. Ring of Fire’s Farron Cousins explains why Republican voters need to start paying attention to real issues because Republican politicians are actively trying to destroy their lives.

The Republican party for decades now has really been working to hurt their own voting base. I mean, let’s be honest about that. Everything that the Republican party opposes and everything that they propose hurts their own base of voters with the exception of course of the corporations and the voters in the top 1%, their donors. They do everything to help the donor class. But the aging elderly part of the population that overwhelmingly votes Republican, they continuously get screwed by their own party. And right now the Republican party is once again, trying to screw over the baby boomers, that part of the population that is either already in retirement, retirement age, getting into almost nursing home age. And the problem is Republicans are fighting Joe Biden’s $2.3 trillion infrastructure package that includes a little more than $400 billion for elder care here in the United States. The reason that is important is because it is becoming harder and harder in areas across the country to find caregivers for this elderly population.

The population is just simply too big and there’s not enough caregivers to go around. So part of this money would be used to train people to get more people into that field so that we could care for an aging population here in the United States. Republicans want that taken out because Republicans don’t care about their own voters. We also of course have the issue that the, you know, generation X and the millennials, the people who have to take care of this generation, you know, if it’s your family, your parents, whatever it is, a report also says those people lack the financial means to take care of their parents in old age. So they do need this massive hundreds of billions of dollars of infrastructure investment so that they can make sure their parents, grandparents, whatever it is are taken care of. But Republicans are against it because Republicans are against anything that actually helps the American public. And that’s not to say that Democrats are in favor of everything that helps the public.

It’s just that Republicans are far more against it than the Democrats are. So my question is this, Republican voters out there, what the hell are you doing? Why don’t you start paying attention to the actual issues and stop getting distracted by the stupid talk coming from the Republican party, you know, the culture war issues and all that stupid nonsense. It’s exactly that, it’s nonsense. It has no bearing on American politics. It has no bearing on your life. But the other things the Republicans are doing in Washington, DC, that does, and they’re actively trying to hurt you. But because of culture war stupid talk, you continue to vote for them. Is it worth it? Has it been worth it? Let me ask you that. Has it been worth it? I think we all know the answer to that. But it’s time for these Republican voters to start actually looking into what matters in their lives and which politicians are fighting for them, and who’s fighting against them. And I guarantee you they’d be shocked to learn the answer to that.