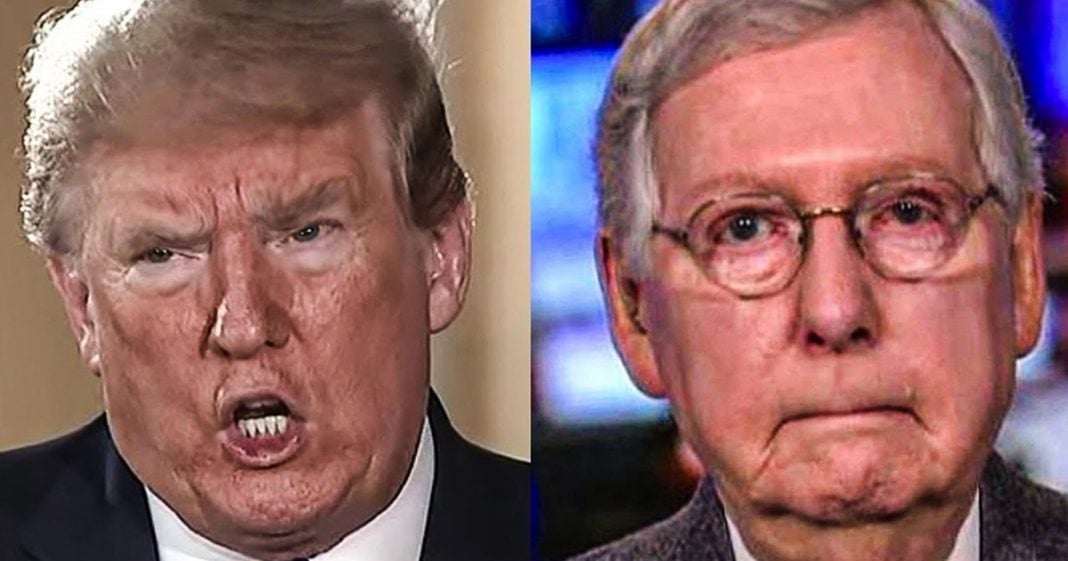 Donald Trump has been attacking Mitch McConnell again this week, and apparently the Senate Minority Leader was tired of sitting idly by as Trump insulted him, so McConnell made a very clever jab about Trump when asked about it by the press. McConnell wouldn’t name Trump personally, but he said that the party was looking to the future, not the past, a clear jab about Trump not being in power anymore. Ring of Fire’s Farron Cousins discusses this.