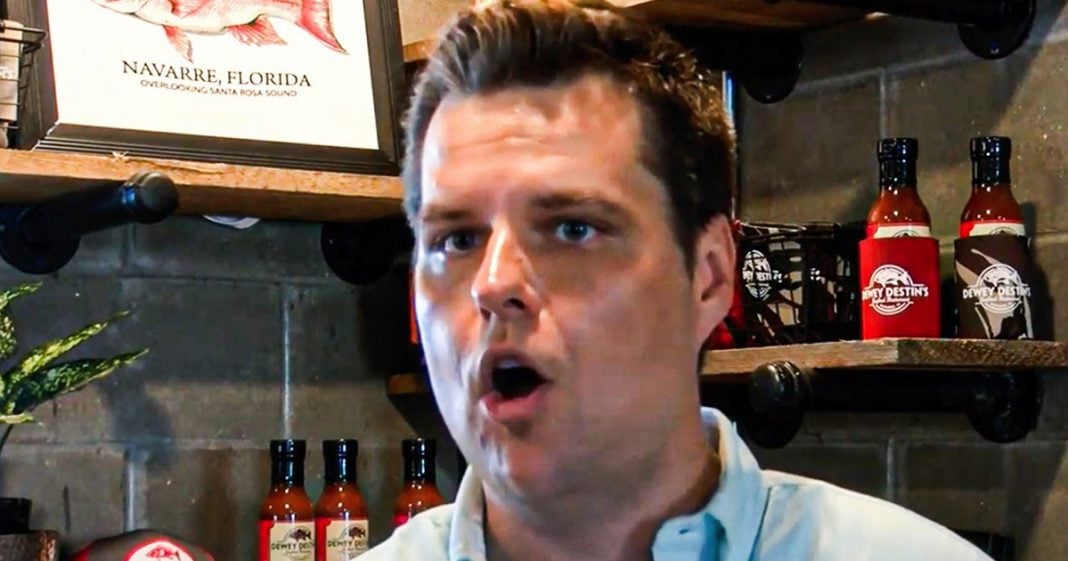 Joel Greenberg, the indicted local Florida politician at the center of the investigation engulfing Matt Gaetz, apparently wrote out a confession letter while trying to obtain a presidential pardon that directly stated that Matt Gaetz was involved with an underage girl with Greenberg – among many other accusations. If Greenberg wrote this in his confession, there’s absolutely no way that he hasn’t told the same thing to investigators. Ring of Fire’s Farron Cousins explains what’s happening.