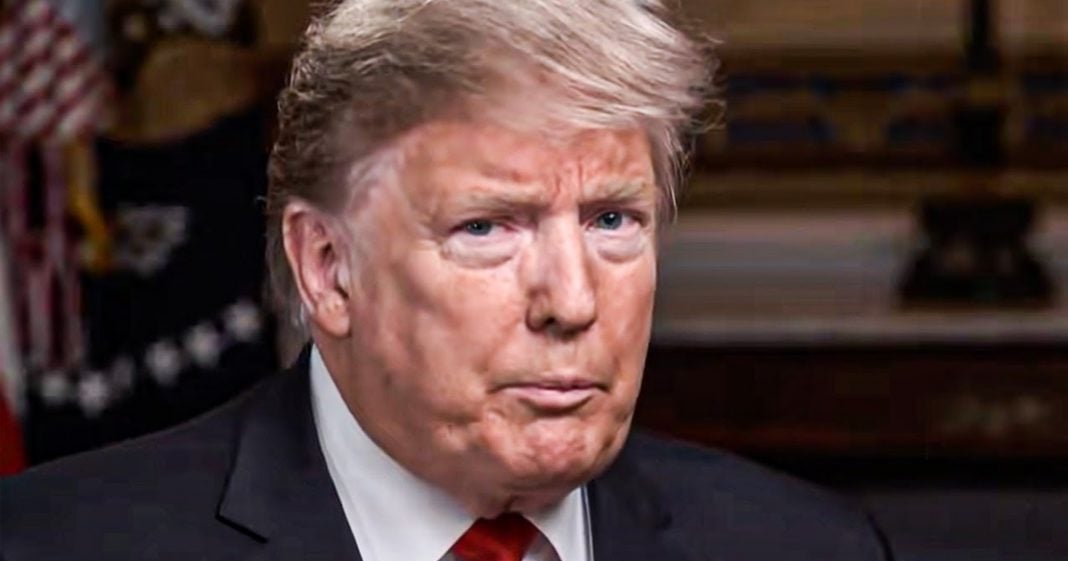 Donald Trump has had absolutely no luck at all in any of the court cases he’s involved in this year, and he took another major hit earlier this week when a judge dismissed his appeal. This case involved a lawsuit brought by multiple plaintiffs who claim that Trump had his bodyguards attack them outside Trump Tower in 2015, and now Trump may be forced to give a deposition since his appeal was denied. Ring of Fire’s Farron Cousins explains what’s happening.

Donald Trump continues to lose virtually every single legal challenge that he has filed this year. That includes all of his election challenges. That includes all of his challenges to the many, many lawsuits and investigations against him. The subpoenas for documents. The guy continues to lose at every possible turn in the courts. And this week, of course was no exception. Donald Trump suffered another major legal blow when a judge ruled that he could not get away with not sitting for a deposition in a lawsuit against him. Now, this lawsuit is one actually that we haven’t really discussed here on Ring of Fire, but this one involves an incident in 2015, shortly after Donald Trump announced that he was running for president. He made his horrible co, comments about immigration and immigrants. And you had a group of protesters that showed up in New York, outside of Trump tower.

And according to the lawsuit, Donald Trump sent his bodyguards out there to rough up these protesters. And they did, the protesters were, were pretty much assaulted by Donald Trump’s bodyguards. So they sued. And of course, by the time this thing worked its way through the courts, Donald Trump was president of the United States. And as with all the other lawsuits, he was able to successfully argue that, hey, I can’t sit for a deposition. I’m the president of the United States. And then this week, while continuing to not sit for a deposition, his appeal was dismissed. And the judge said, nope, you have to sit for this deposition. Of course it is likely that Donald Trump is going to appeal this decision as well. However, I think the biggest takeaway from this is that Donald Trump has no way out, not just with this case, but like I mentioned, every other case the dude has tried to fight this year, he’s lost.

Okay. He has not had a legal victory to his name in 2021. And that is a sign of things to come, folks. Not just with this particular lawsuit, this one, you know, I do hope that these individuals that were roughed up by Donald Trump’s bodyguards, I do hope that they prevail with their lawsuit because this was completely uncalled for. Donald Trump as we know in the past, based on statements he’s made at other events, he loves when his people go out there and rough up people who disagree with him. So I think this one would be a pretty easy one for these individuals to win. But it’s the other lawsuits, right? The ones that carry very severe penalties for Donald Trump that I think he should be even more worried about, especially considering the fact you can’t win the little things.

So why on earth would you think you’re going to be able to win the big things? Because you’re using the same argument, right? He’s using the exact same argument in all of these cases, trying to say like, hey, either I couldn’t do it because I am president or now I don’t have to do it because I’m not president. And, uh, it’s not flying with the courts. Donald Trump has years and years of litigation ahead of him. He is going to spend a lot of time dealing with subpoenas, having to give depositions and yes, eventually probably appearing in court, alongside his lawyers. It’s going to be fun to watch because finally for the first time in this elderly man’s life, he starting to face a little bit of accountability.