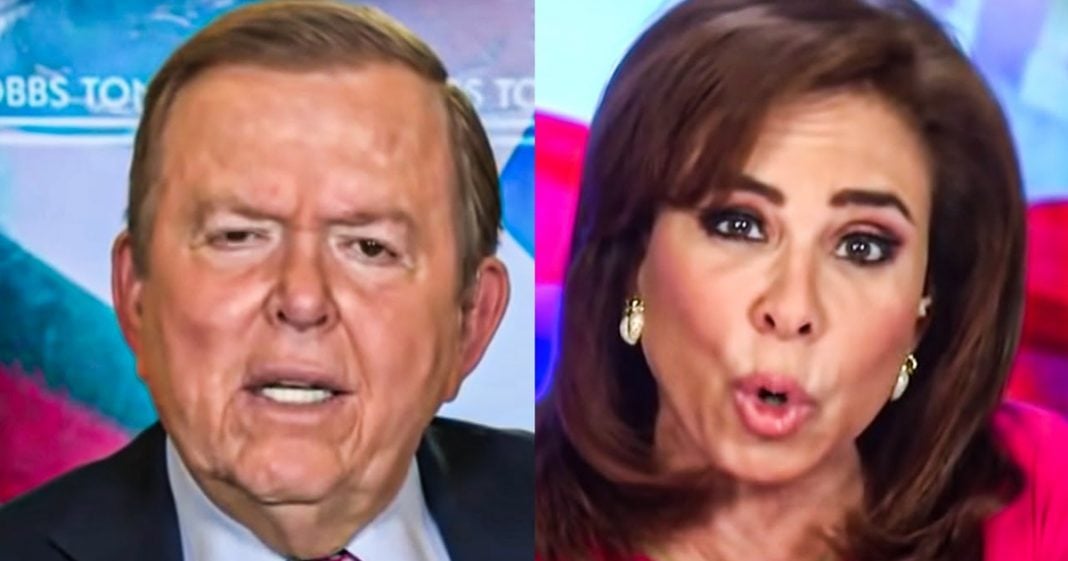 Lawyers for Fox News this week tried to wriggle out of responsibility for spreading ridiculous election lies by telling a judge that they shouldn’t have needed to fact check Donald Trump’s lawyers. This is a pathetic argument by a network that knows they have no chance of actually winning this lawsuit, so they are trying to argue all sorts of technicalities to avoid a harsh punishment. It likely isn’t going to work, as Ring of Fire’s Farron Cousins explains about the ongoing Smartmatic defamation lawsuit against Fox.

Fox news thinks that they can wriggle their way out of the $2.7 billion defamation lawsuit brought against them by Smartmatic, by arguing that they were just repeating things that the president and his lawyer said, it wasn’t our fault. You want to go after somebody, go after these Trump lawyers who said these things on our network, they’re, they’re the real villains here. So yes, Fox news’ lawyers went to court this week and through Donald Trump and his lawyers under the bus. Here’s what they said in a filing on Monday, Smartmatic asked this court to become the first in history to hold the press liable for reporting allegations made by a sitting president and his lawyers. Smartmatic identifies no case in the history of our nation, in which the press was held liable for reporting allegations made by or on behalf of a sitting president.

Do you know why they didn’t do that, by the way, lawyers at Fox news, because they don’t have to? People are so dumb. They don’t have to do what you’re saying they didn’t do. They don’t have to go to court and be like, well, we’re going to sue him for this, but hey, just, they did it before. It’s happened, so we can do it. That’s not how the law works. I mean, sure. There’s precedents in law. Absolutely. But that’s more about court rulings. Defamation is already a well-established thing. You know, it’s not some kind of mythical question in the law that has to be interpreted by judicial masterminds that would need to rely on precedent. No, that’s not what this is, you boneheads. Your network made false claims about Smartmatic. Repeated the false claims. Did not state them as opinion, as you also want to argue, they were not stated as opinion.

They were stated as fact. And you hosted these individuals on your network and as we recently learned, they were, there was some back and forth behind the scenes between the network and the idiots, Trump’s lawyers. This, this was essentially collusion. You all got together and said, we’re going to do this, based on the documents that are available. And if I’m wrong, prove me wrong during the defamation suit, yo. You have that opportunity. That’s what you actually have to do. You have to prove that you didn’t defame anybody and you have to be able to defend what you said. But these filings are getting more and more ridiculous. It almost seems like Fox news knows that they don’t have a leg to stand on.

My prediction for this is that we’re likely going to see a settlement happen between Fox news and Smartmatic because they don’t want to go into all of the other parts of a lawsuit that are going to make them look really bad. I mean, the here, the, the, the court case itself would reveal some certainly damaging about Fox news. The discovery process would get their hands on all kinds of internal communications between Fox news, possibly Trump’s lawyers and Trump himself, maybe, who knows what’s in there. And Fox news wants to keep it that way. They want to keep it to who knows what’s in there. They do, and nobody else. So they’re trying right now to get the case dismissed. But they’re just throwing everything they have at it to see if anything at all works. And again, the latest effort here filed on Monday is don’t blame us for putting the crazy people on the air.