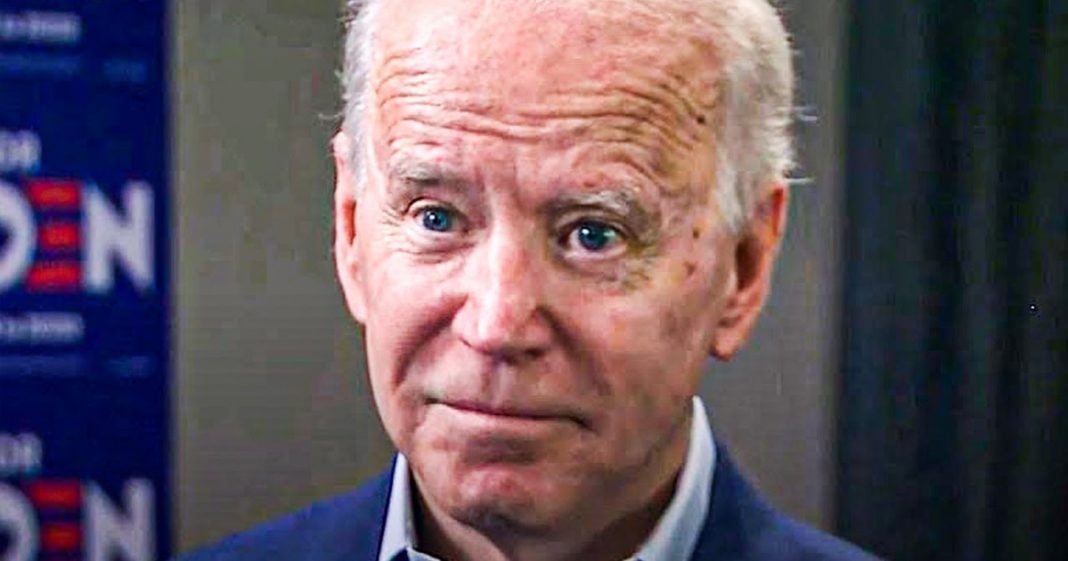 Sometimes you have to spend money to make money, and that is exactly the attitude that the Biden Administration is taking right now. President Biden is expected to ask Congress for $80 billion for the IRS so that they can actually enforce their rules and go and retrieve about $780 billion in tax dollars from the wealthy and powerful in this country. That’s a great return on investment, and it is also a move that shows the powerful elite might not be as coddled under this administration as we thought. Ring of Fire’s Farron Cousins discusses this.

The Biden administration is planning on asking for $80 billion to beef up the funding of the IRS that currently operates on about a $12 billion a year budget. The $80 billion would be spread out over 10 years. So we’re talking about an extra $8 billion per year, bringing their budget up to $20 billion. And the reason Biden wants this money for the IRS is because one, obviously Republicans have been slashing the budget against the IRS for years to the point where, and this is point number two, they don’t have enough money to go after wealthy tax cheats here in the United States, that according to reports are costing us about a trillion dollars a year. And Biden says, if you give us the $80 billion, we’ll be able to recoup about $780 billion, a net profit for the United States of $700 billion. Now, I don’t know about you, I’m not a finance guy, but that seems like a pretty good return on investment, right?

You give me $80 billion and then over the next 10 years you get $780 billion back, a $700 billion profit. I think that’s a no brainer, right? Here’s what’s happened. And we’ve talked about this, I think ProPublica has done some amazing reporting on this, but the IRS budget is so thin that not only have they had to get rid of staffers, but they actually don’t have the financial resources to audit as many wealthy individuals here in the United States, as they need to. And therefore, a lot of revenue that should be going to the IRS doesn’t because they don’t have the tools to audit. They don’t have the staff. And so that is why at a disproportionate rate, poor Americans get audited more than the wealthy and powerful. And it’s because those audits are easy. You’re talking about people who only have a couple of deductions and one W2, right? You can handle that in like an hour or two for the IRS, you can do multiple ones of those per day.

Whereas auditing the wealthy and powerful, that can sometimes take weeks or months for a single case. And it takes the time of several different individuals. So which one are they going to go for? The one that’s going to tie them up forever or something they can knock out before lunch? We all know the answer to that and Biden knows the answer to that. And that’s why he’s saying, give us the extra money, give us the extra funding and it’s going to be worth it for everybody. It’s important to point out too, by the way, that this is not a part of his idea to tax the wealthy more in order to pay for social programs, like a universal preschool, which is a phenomenal idea or his infrastructure package, which is also paid for by raising taxes on corporations and the wealthy. This is separate.