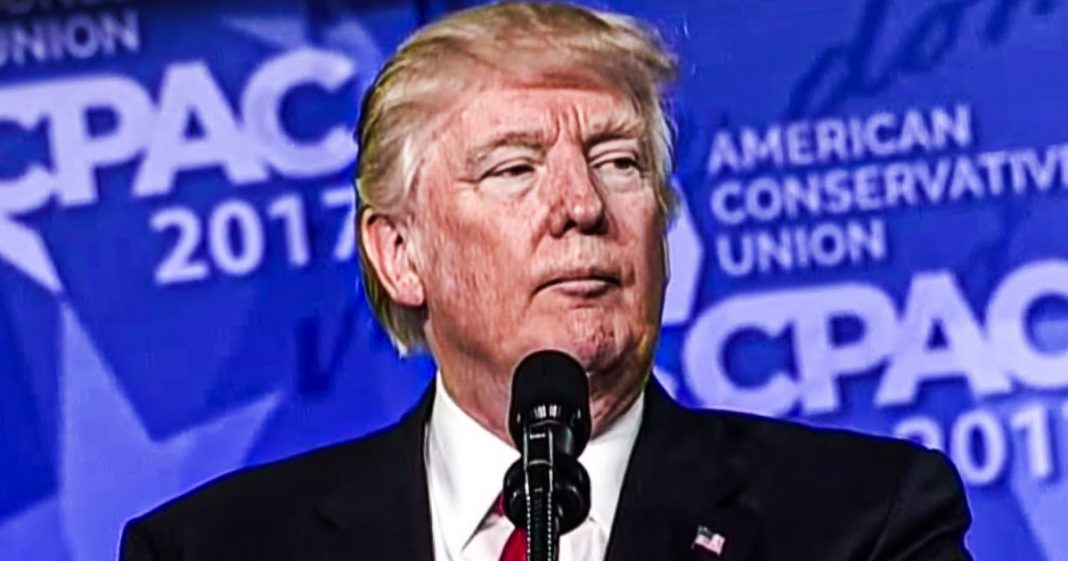 Donald Trump has almost been completely erased from the public’s consciousness for now, as interest in the former President has reached almost the same point that it was at before he even entered politics. Interest on Google searches has dropped, his presence on cable news is nonexistent, and mentions of his name are even hitting record lows. Ring of Fire’s Farron Cousins explains what this means and why it matters.

To anybody out there on the left or the right, who thinks that Donald Trump has a shot at even becoming the Republican nominee for president in 2024, let me direct you to new reports that show that public’s interest in Donald Trump has essentially disappeared. According to the latest data, Donald Trump’s presence, be it on cable news or even in Google searches, has now plummeted back to what it was before he even entered politics. We’re three months, a little over three months, out from when Donald Trump left office. And we are already at the point, according to these wonderful little charts right here, we’re at the point to we were before, before he even entered politics. Back when nobody gave a. And I do think that this is important, not just the cable news thing. Obviously Donald Trump is not the president, right wing outlets still attempt to have him on. They do not however, have him on as frequently as they were before he was even in politics. So that’s a very telling sign. But at the same time, it’s the Google searches to me, right? The number of people looking to see what he’s actually doing has just totally died off. Nobody cares anymore.

And again, I bring this up. The only reason I’m even talking about this today is because you have far too many people, most of them on the right, but I see it coming from the left as well, people concerned over here on the left that Trump’s gonna run again and win in 2024. I don’t see it happening. The public does not like him. The public is sick of him. And the best way I can describe this, which I’ve done multiple times, is that Donald Trump was in fact, the song, the Macarena. A little weird at first, a little fun. You didn’t quite understand what was happening in it because it was in a different language, but hey, you could dance to it and hey, maybe this, maybe this song is something. And then you heard it on repeat for a year and you’re like, oh my God, I don’t want to ever hear this song again. And then once you stop hearing it, you realize, hey, it’s not so bad not hearing that anymore. I’m glad that song is gone. And that is exactly what has happened with Donald Trump. The one hit political wonder. That’s what he really is. Everybody was kind of intrigued when he first burst onto the scene. Again, both the left and the right.

Nobody knew what was going to happen. This was a guy that had no experience in politics. He had no clue what he was doing and the more he surged, the more intriguing it became. Like what the hell is going on on the Republican side? Why are they picking this guy? He’s saying these horrible, horrible, xenophobic things. He’s just making stuff up. He’s got all these weird verbal attacks. He’s abrasive, he’s abusive. He’s a womanizer, but still there was the intrigue. But that soon gave way to exhaustion. And we saw that with the results of the 2018 midterm with the blue wave that was bigger than we thought it would be. Then again in 2020, people were sick of him. They were exhausted. They were tired of it. So to anyone fretting right now about Donald Trump running again in 2024, bring it. The public is sick of this guy. Maybe that’ll change by 2024. Who knows? We’re a long ways away. But as it stands right now, Donald Trump is not only not a threat, but he’s not anyone with any kind of considerable power in the Republican party. Oh, he thinks he has power and the Republicans think he has power, but again, he’s got nothing.