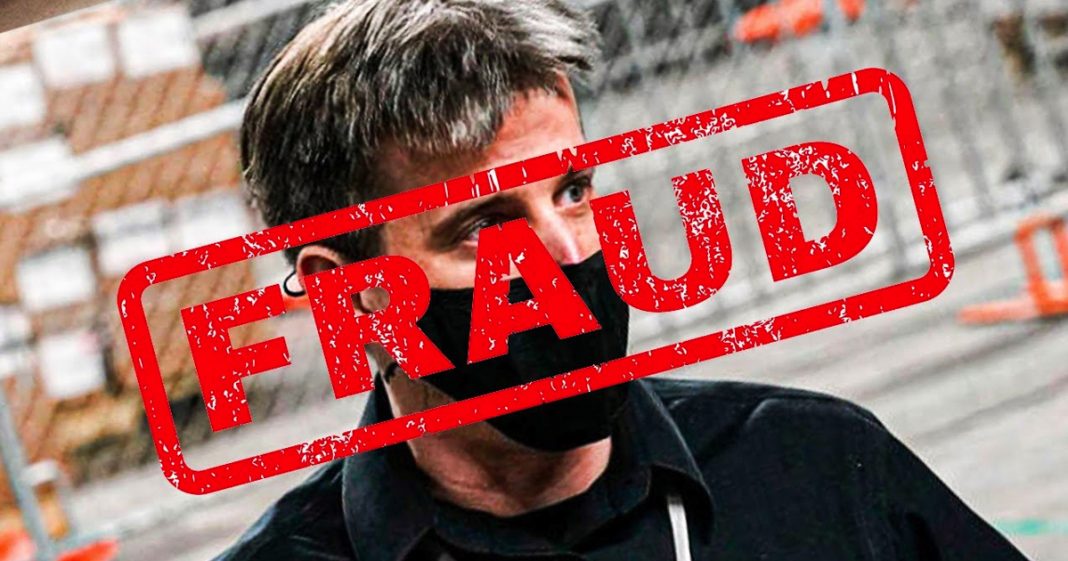 The Republican-controlled Arizona Senate is conducting a recount of the 2 million ballots from Maricopa County, and they’re making sure that the whole thing is as stupid as humanly possible. That’s why they’ve allowed election conspiracy peddler named Doug Logan to be in charge of the recount, even though his company has absolutely no experience in this area. Logan himself has pushed plenty of conspiracies about the election, claiming that Trump was the legitimate winner, so what could possibly go wrong here? Ring of Fire’s Farron Cousins discusses this.

The Republican controlled Senate in the state of Arizona last Friday began a manual recount of roughly 2.1 million ballots cast in Maricopa County, in Arizona, the largest County in the state. What they’re hoping to do is somehow, in spite of all the other recounts that couldn’t find this, they’re hoping that now maybe they’re going to find all that alleged voter fraud that took place and reveal that Trump actually won the state of Arizona, which isn’t going to happen. Again, because we’ve already had multiple hand recounts and audits that have shown that Joe Biden was the clear winner in the state of Arizona. But as per usual, Republicans have to bow down to Trump. They have to entertain the lies from this political loser. So that’s what the Republicans in the, in, in Arizona are doing. And they hired a company called Cyber Ninja run by a guy named Doug Logan to do the recount because, hey, you know, they’re senators, we can’t count.

We can’t be trusted with something this big. So we’re going to hire a company that’s literally never done this. And we’re going to hire this particular company from the state of Florida because the guy that runs it has been pushing conspiracy theories that Donald Trump somehow won the election. That’s what this is about. That’s why they picked Cyber Ninja to do this recount. Logan has, of course, as I mentioned, been pushing these conspiracy theories, still claiming that Trump somehow won. And these Republicans in Arizona think that it’s a smart idea to put this guy who is clearly living in an alternative reality in charge of recounting these ballots. Now here’s where things get a little bit interesting. Right? We’ve already had the recounts. And of course this whole thing is being overseen by the courts, you know, so they can’t do any kind of funny business here. The courts do have a set of procedures they have to follow. They have to submit, you know, these written affidavits on everything. So they can’t mostly, you know, do anything shady.

And that’s a problem for them actually, because what you’re doing is you’re just recounting the same ballots that have already been recounted. And therefore the result is going to be the same. Joe Biden is still going to win. Then what happens, Republicans? You prove to your base that you were lying about this the whole time. You, once again solidify the fact that Joe Biden handily defeated Donald Trump in traditionally red States. Isn’t that gonna hurt Trump’s ego more than just not doing the recount? But sitting there saying like, oh man, Trump totally won. We, oh yeah. Oh, well. Yeah, you’re going to prove that he is lying. You’re going to prove that you’ve been lying and Logan through his recount with his company is going to prove that he has been lying. So, hey, I’m all for this. I know it’s a waste of taxpayer dollars, but for the love of God, every time Republicans make themselves look like fools, I think I’m willing to pay a little bit for that because it’s so fun. It’s so great to see these Republicans repeatedly face plant because they refuse to accept the reality that nobody else loves Donald Trump as much as Republican elected officials do.