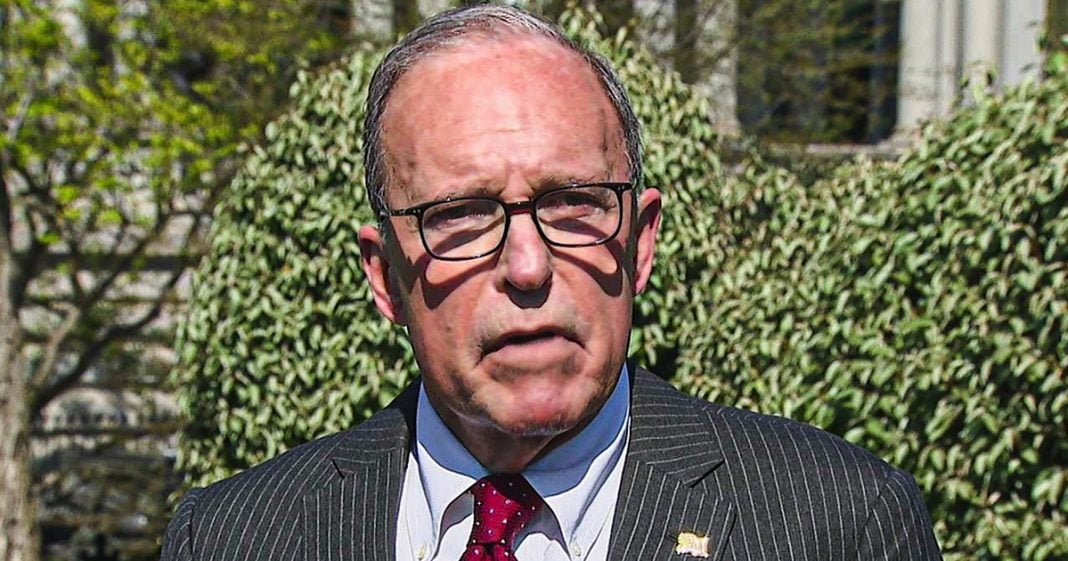 As part of his attack on Joe Biden’s alleged climate plan, former Trump economic advisor and current Fox News talking head Larry Kudlow said that the plan would somehow force Americans to start drinking plant-based beers! Kudlow was quickly reminded on social media that literally all beers are plant-based, as hops, barley, yeast, and wheat are the main ingredients in beer. Ring of Fire’s Farron Cousins talks about how moronic these people are and why it matters.

Former Trump economic advisor turned Fox news talking head, Larry Kudlow, came out this past weekend amongst the furor over Joe Biden, allegedly banning meat in the United States. And he reminded the country of how stupid he really is. Again, this is a guy who for many years, got to advise the president of the United States on economic issues. And this is what he had to say about Biden’s alleged plans that as we’ve already discussed, aren’t even real. Kudlow said, speaking of stupid, America has to get this, America has to stop eating meat. Stop eating poultry and fish, seafood, eggs, dairy, and animal based fats. Okay, got that. No burgers on 4th of July. No steaks on the barbecue. So get ready. You can throw back a plant-based beer with your grilled brussels sprouts and wave your American flag. Your plant-based beer, as opposed to all of those what, Larry?

The meat based beers out there? People on social media were very quick to remind Larry that all beer is plant-based. Like literally all beer. In fact, you have to have plants in order to even make the drink that we call beer, you know, hops, barley, wheat, yeast. I mean, what, what else do you think goes in there? Now, occasionally, yes, there are some beers that do include some animal byproducts like gelatin. But there’s not a single beer out there that is just straight up meat-based. Okay. They’re not taking a nice big ribeye steak and fermenting it, and then selling it to you as you know, steakweiser. That’s not a thing, Larry. All beer is plant-based. Now, Larry is not a, you know, brewer. He’s not even a microbiologist. He’s not even a botanist. So I wouldn’t necessarily expect him to be an expert on what goes in beer.

However it is commonly known, right, that hops and barley hell, I mean, they talk about it in certain beer commercials. You know, you see them out there with the plants in their hands, like the Sam Adams guy. And he’s like, sniffing it and like, oh, this is a good, this is good hops. We all know this. This is actually common knowledge. You don’t have to have one of those advanced, advanced specialized degrees to understand that beer is plant based. Yet here he is spreading this misinformation, wanting people to take him seriously, but he’s once again, simply showing the country how incredibly stupid he is. And when you realize this, when you start to understand just how few brain cells Larry Kudlow has kicking around up there, Donald Trump’s horrendous economic policies that he was advising him on suddenly makes a little more sense, when you realize it was coming from a complete moron.