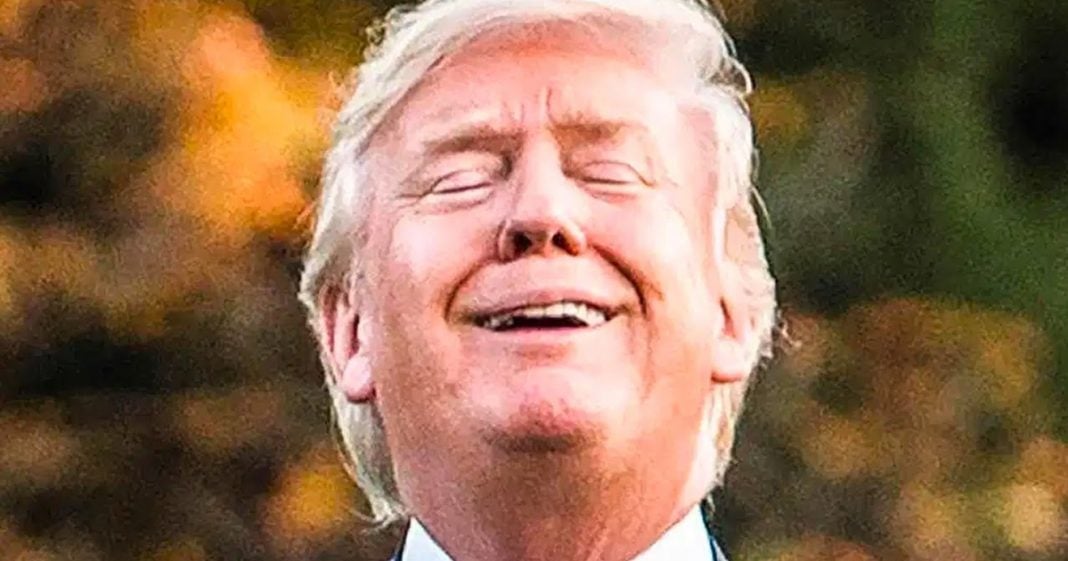 Donald Trump has been encouraging his supporters to support the challengers of the 10 Republicans who voted to impeach him in the House, but recently-released financial documents show that these challengers aren’t a threat at all. The impeachment-supporting incumbents are out raising Trump’s challengers, and this could be very significant as we head into the 2022 midterm season. Ring of Fire’s Farron Cousins explains what’s happening.

The number one rule of American politics is always follow the money. And right now, if we follow the money in 10 individual Republican races out there, we find out that these Republicans from the house who voted to impeach Donald Trump, were actually doing pretty dang well. In fact, they’re doing better than the people that Donald Trump wants to primary the impeachment loving Republicans. According to the latest financial disclosures, which recently came out for all candidates running for office, they have to do the quarterly reporting. We just got the quarterly reports. But the 10 Republicans in the house of representatives who voted to impeach Donald Trump are out raising any and all primary competitors. And in fact, raising more money for their campaigns than they had during previous quarters or comparable quarters, I guess you would call it, in the past. Meaning they’re doing better than ever after voting to impeach Donald Trump.

Now, this is both good and bad because obviously we don’t want the handpicked Trump supporters to win the primaries against these Republicans because they would be far more dangerous. But on the other hand, we’re not talking about a bunch of really good people who just happen to be Republicans. We’re talking about people like Liz Cheney, the woman who’s off that Joe Biden says we’re getting out of Afghanistan. So these aren’t exactly people who are champions of human rights or even human decency. They’re still pretty crappy people, but the people primarying them are even worse. This truly is a lesser of two evils situations. Not that I’m rooting for evil of the evils, either of the evils, to prevail in this. But what I am saying, as I’ve been saying many times in the past, Donald Trump has no real power in the Republican party. And the Liz Cheney one is a great example. He has sent Matt Gaetz up to Wyoming to campaign against Liz Cheney. He has sent his own son. His own son actually was helping to promote legislation in the Wyoming house that would’ve made it easier for primary challengers to take on Liz Cheney. That failed.

So his son got shot down there. Everything Trump has tried to do at least against Liz Cheney has fallen flat because he has no power. And we’re starting to actually see that in motion. Now, the flip side of that, of course, as we have talked about here, some of the craziest of the crazies in the Republican party, your Marjorie Taylor Greene’s, your Josh Hawley’s, they have been hauling in tons of cash since the January 6th insurrection making more money than they’ve ever made in their entire campaigns. So there is that. But a lot of that money is coming from outside their districts, outside their States. So it doesn’t mean a whole heck of a lot. It’s a Beto O’Rourke situation. Got tons of money from out of state, but that didn’t result to success back home. Trump’s power is non-existent in the Republican party. And the more these people who took him on continue to succeed, the more others around the country are going to look at that and also realize very quickly that the emperor has no clothes.