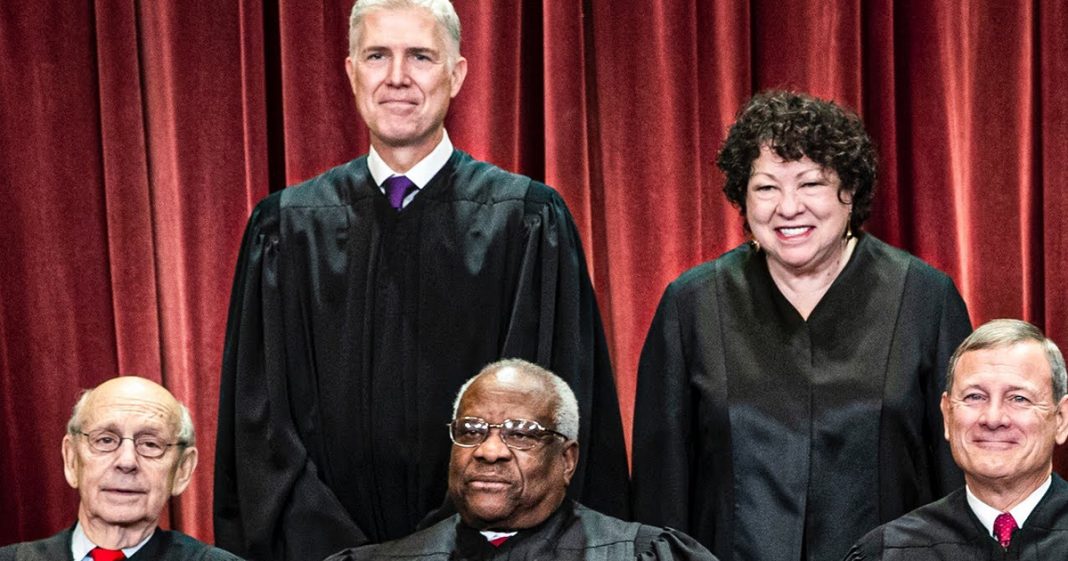 A new Reuters/Ipsos poll shows that only 22% of Americans support lifetime appointments of Supreme Court judges, while a staggering 63% believe that there should be term limits. This is a great new development, and term limits are the only way to restore credibility to an increasingly partisan judicial system that stretches far beyond the U.S. Supreme Court. Ring of Fire’s Farron Cousins discusses the need for term limits.

Other than that, you have nine individuals not elected by the people, chosen by a person that most of the time is elected by the people. I say that because Trump has three people on that court, even though most of the country voted against him in 2016. So when you start to break this down into individual components, you see that this Supreme Court is illegitimate. Donald Trump did not win the popular vote here in the United States. George W. Bush did not win the popular vote here in the United States. Five of the nine justices sitting on that court today were appointed by those two presidents. That courts illegitimate. It’s a frigging laughing stock. So get them out of there. Unfortunately, doing so, putting term limits in place, would of course involve amending the United States constitution. That is an extremely difficult thing to do. By no means is it impossible, but it is very difficult.

But considering the fact that the public opinion is on the side of term limits, it really shouldn’t be that difficult at all. It certainly shouldn’t be controversial either. Only 22% of the country says, yes, we like lifetime appointments. Everybody else either says, hell no. Or, eh, I don’t know. The winds at our back folks, if there was ever a time for a constitutional convention, it is now because this is the time we can get things like this done. We shouldn’t squander the public opinion right now, because if we do, it’s gone for good and you have to wait for the SCOTUS to screw something up again, before people turn against them. The time is now. This is a thing that has to happen. Otherwise that court is just going to fall further and further into complete, just disarray as it continues to wreak havoc on the lives of American citizens, because that’s what’s happening now and it’s only going to get worse.