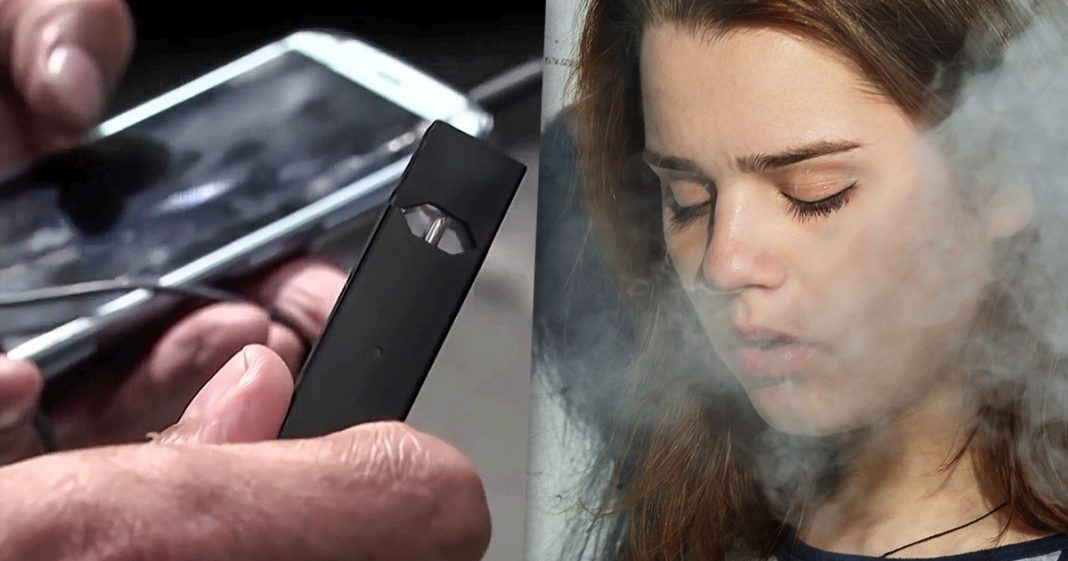 Via America’s Lawyer: A federal judge is pushing racketeering claims against the company behind Juul. The wildly popular e-cigarette manufacturer can now face charges for targeting children with its aggressive ad campaigns. Attorney Sara Papantonio joins Mike Papantonio to explain how e-cigarette companies have taken a leaf out of Big Tobacco’s marketing playbook.

Click here to find out more about JUUL lawsuits.

Mike Papantonio:             A federal judge is pushing racketeering claims against the company behind Juul. The wildly popular e-cigarette manufacturer can now face charges for targeting children with its aggressive ad campaigns. Joining me to talk about this is Sara Papantonio. Sara, you know, this, this law firm, we, we initiated the tobacco lawsuit, we’re, took the depositions. We got the documents. We, right in the middle of the fight. There’s no difference here. This is the same. Altria, Altria that you know, used to be Phillip Morris, they’re now in charge of this. This ruling now puts them on the hook, doesn’t it? And that’s big because Altria has limitless money. The other company, not so much. What is, what is your take? Start from the recent court ruling and tell me about it.

Sara Papantonio:              Absolutely. I mean, we’ve taken a huge step in the right direction. What the, what the judge has ultimately ruled, is there’s, there’s enough information to create a reasonable theory that Rico is occurring. That, that there is a criminal enterprise occurring among e-cigarette manufacturers. And what’s interesting about this and what we have to understand about Rico is why it came about. And it came about to curb the mafia and the mob years and decades ago. And why were they trying to curb the mob? They’re trying to curb the mob because they were distributing addictive drugs, because they were manipulating public opinion. They were buying out politicians and they were killing people. And what is happening now? We’ve got corporations that are distributed, addictive drugs that are buying out politicians and manipulating public opinion, and they are killing people. So it, it, it’s amazing how this Rico has translated.

Mike Papantonio:             Well, let me make it clear. This is a civil Rico we’re talking about. This judge has only ruled in civil case on Rico. But with the ruling, what it does is opens the door of possibilities to a criminal kind of conduct. So the judge is saying, okay, you’ve, you’ve, you’ve told me that Altria was right at the table, along with the board of directors, for the Juul company and all the other parts of the Juul company. They all work together in conjunction and they came up with a plot and the plot has potential to kill people. Now, at this point, it’s a civil case, right? That doesn’t mean it always stays a civil case. If, if I’m board of directors, if I’m advising these folks, I’m saying, you better get this behind you. If you can. What do we know about Juul marketing to teens? The same thing we saw in tobacco cases, what do we know about that?

Sara Papantonio:              What this is, e-cigarette manufacturers are trying to do is basically create a new generation of addicts because what’s happened is after we popped them in the tobacco litigation, less people started, less people continued to smoke because they knew the dangers of it. So what these companies are doing now is saying, we have to create a generation of new addicts. So they’re going into schools. They’re talking to children at the early age of eight years old, and they’re actually funneling money into these schools in order to go in there and tell them that Juuling, that e-cigarettes are actually safe. But that is the farthest thing from the truth, in this case, from what we’ve seen.

Mike Papantonio:             Well, you say, it’s really insidious. They’re saying to the school, we’re going to give you a hundred thousand dollars, for example, if you’ll let us come into your school and talk to your kids about public health and their safety. They’ve even started camps, haven’t they, where they send them to a summer camp, Juul pays for the summer camp that looks like they’re, they’re talking about health and safety. Actually, what they’re trying to do is sell them Juul cigarettes and e-cigarettes, and they’re trying to put together data. Aren’t they? Who, who is this person? What is, how do we sell it to them? Joe Cool, you know, Joe Camel flavored cigarettes, what do we do? So what I’m wondering as we go forward, what are the other, what are the dangerous chemicals in, in Juul? I mean, there, there are many of them, but what are the dangers of Juul?

Sara Papantonio:              Right. You know, the whole point is they’re advertising this as being healthy and safe alternative to tobacco. It’s farthest from the truth. What we’re finding is that there’s high levels of, of carcinogens in there. We’re also finding that the amount of nicotine that these children or kids are getting is up to eight times the amount of that in a single puff of a cigarette. So, so it’s incredibly dangerous and that’s what we’re seeing. And that’s not what they’re telling children in these cases.

Mike Papantonio:             So you wonder, you know, as you look at a case like this, what we’ve started doing as a law firm is going after the PR firms, too. For example, in opioids, we found that the PR firms were just as responsible for telling the lie. You know, the companies that typically what happens in a corporate setting like this, corporate CEO meets with the marketers, the PR people, they say, how do we sell this? For example, we found in the, in the tobacco litigation, Joe Camel sold really well for kids, or if they put a flavor in the cigarette, that sold really well for kids. The other age group was Marlboro Man, Marlboro Man sold from the 18 to 37, 30, almost 40. Marlboro Man sold there. So the PR people there need to be brought into these cases too, and we’ve started doing that. I think they probably ought to be ultimately brought into this case. Don’t you think?

Sara Papantonio:              Right. It’s an absolute organization from top to bottom. And just like you said, the unique aspect of this, the, you know, the shocking aspect of this is they’re taking the model from tobacco, the flavor, the, the influence, the types of characters that they’re promoting, and they’re doing the exact same thing here. They’re saying, well, it didn’t work the first time. Let’s try to do it again and see if it works.

Mike Papantonio:             Yeah. Let me tell you what’s going to happen. We’re going to put this video up and every brainwashed, absolute I’ve never seen a group so brainwashed as e-cigarette people. They’re going to send hate comments. They’re going to say, oh, you don’t understand. You don’t understand. No, we do understand because we’ve seen it before with tobacco and it’s not just us talking. It’s federal judges that are talking now. It’s scientists that are talking. These thugs have done it again. They’ve pulled the wool over the American public’s eyes. So send in your comments we’re probably won’t respond, but we get it. You’re brainwashed. You think everything’s cool. It’s not cool. Thank you for joining me, Sara.