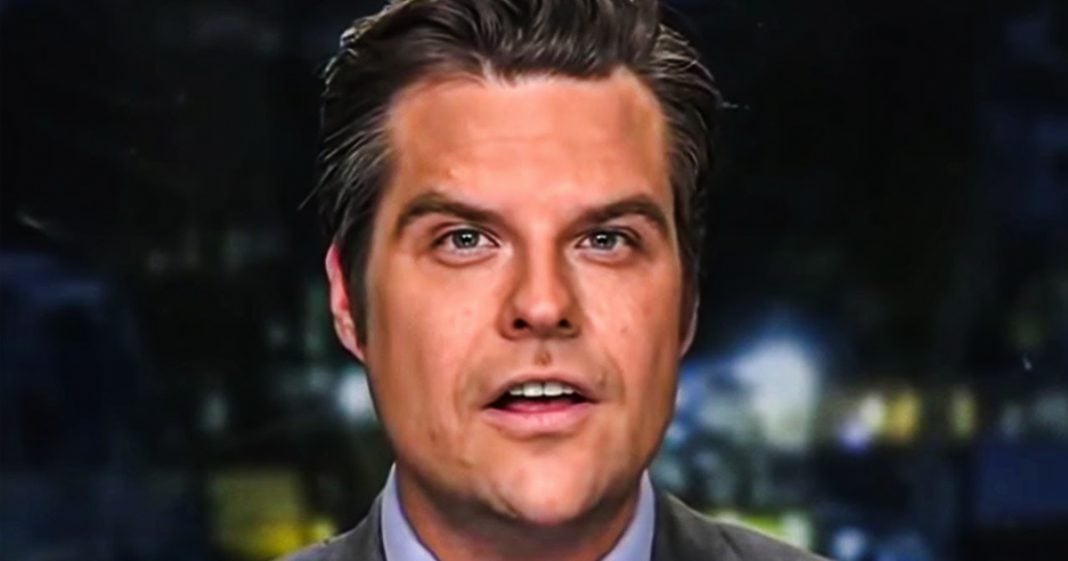 Republican Congressman Matt Gaetz was brutally mocked on social media this week after he begged supporters to send him campaign donations. Gaetz is burning through cash right now trying to stay ahead of the scandal, and he’s being forced to advertise in his home district in order to keep his base on his side. Ring of Fire’s Farron Cousins explains what’s happening.