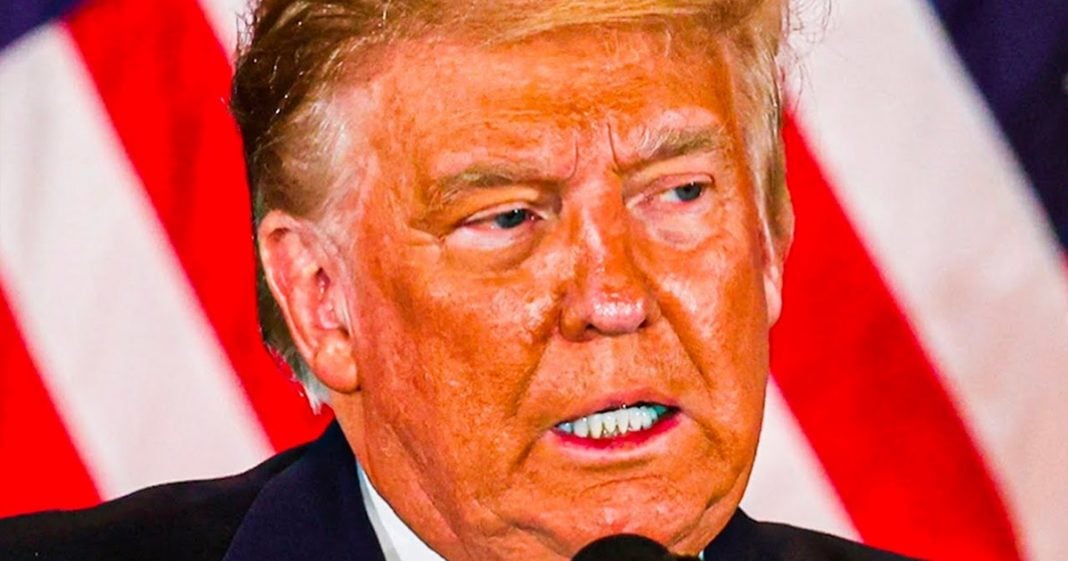 In the Summer of 2017, Donald Trump began bragging endlessly about a deal he worked out to send over 10,000 jobs to Wisconsin through a company called Foxconn, and he was heralded by conservatives as a master negotiator. But like most of Trump’s accomplishments, this one wasn’t actually real, and the company decided not long after to scale back their operation, and today they say that they’ll only bring about 1,000 jobs to Wisconsin. Ring of Fire’s Farron Cousins explains how Trump conned people yet again with this deal.

Foxconn. We all remember the name Foxconn, right, from just a couple years ago, it was the Taiwanese electronics manufacturer that Donald Trump had struck an amazing deal with. They were going to bring a plant to the state of Wisconsin. They were going to create nearly 14,000 new American jobs. That happened in the summer of 2019 when this deal was announced. Donald Trump ran around doing his victory lap, saying, I brought tens of thousands of jobs to Wisconsin. I am the best. And yes, we gave away the farm. We had to promise them 2.85 billion, you know, in basically giveaways and subsidies. But hey, 14,000 jobs. Right? And he talked about this for years, years, and years and years, Foxconn, Foxconn, Foxconn. Well guess what folks, those jobs still have not materialized. And this week, Foxconn announced that, ah, we’re going to scale it back. We’re not going to bring you close to 14,000 jobs.

We’re going to bring you a little under 1400 jobs. Yeah, just 1400. And, you know, we may, may scale it back again in the future. We don’t know. We don’t know. But we’re certainly not going to have that big grand deal that Donald Trump said. And in response, Wisconsin legislators, thank God said, okay, well, we’re not going to give you 2.8 billion. We’re only going to give you 80 million now in giveaways to come bring your 1400 jobs, actually sorry, less than 1400 jobs to our state. You know, what would be a better use of that money, by the way? How’s about you take $80 million and you find 1400 Wisconsinites, and you say, guess what? We’re going to give you a tremendous salary for the next 10 years. Like that would be money better spent than handing it over to a foreign company that’s not even going to keep their end of the deal.

They had a deal. They backed out of it. They should get nothing. Oh, and by the way, do you know why they had a deal? This is something that’s been overlooked since day one, you see Foxconn manufactures iPhones in China that are then sold here in the United States. And Donald Trump’s since day one of his administration had been talking about, oh, China, China, we got to crack down. We’ve got to put the sanctions. We got to put the tariffs. And Foxconn was worried because they realized, holy crap, that’s going to affect us. We’re going to have to pay a lot of money. We’ve got to get on Donald Trump’s good side. How can we do that? Oh, I know let’s give him a political victory. Let’s make a deal where we get to bring 14,000 jobs to the state of Wisconsin. We’ll get all kinds of giveaways for it.

And then of course, you know, slowly over time, especially once he’s at office, we can just back off the whole thing because we know we’ll be in the clear and we’re not going to be punished by any retaliatory measures he puts in place against China. That’s what this deal was about. It was a fraud from the start for both parties involved. Foxconn wanted to keep making their cheap iPhones to send over here to us and Donald Trump desperately needed that political win. And he was willing to give away the farm, 2.8 billion, in order to get it. They both won and Americans as usual were the big losers.