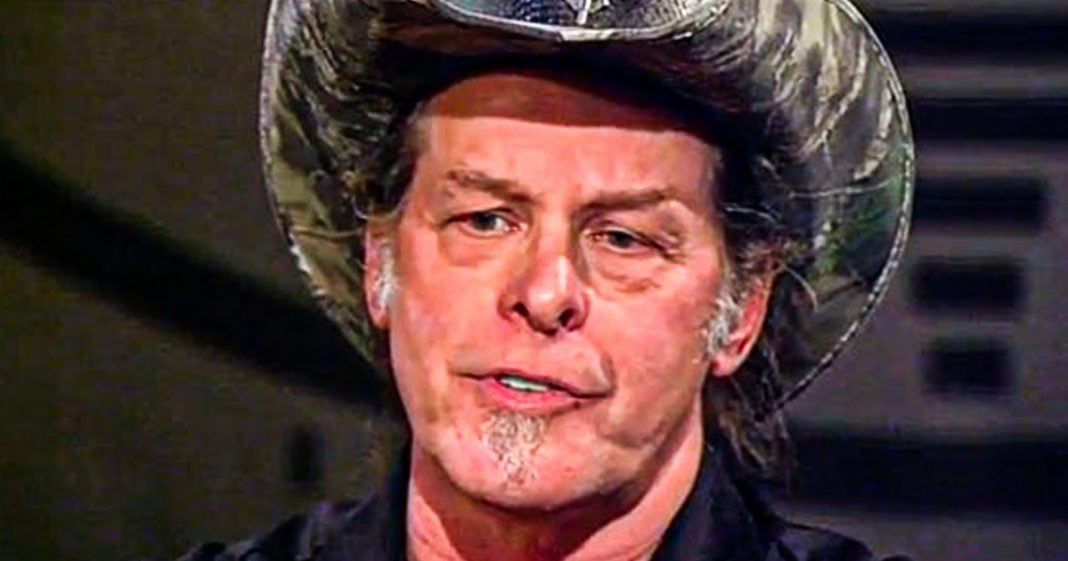 Right wing musician Ted Nugent has spent the past year trying to downplay the pandemic, and now he says that contracting the disease almost killed him. In a video posted to his fans, Nugent admitted that he had the illness and that it completely wiped him out to the point where he couldn’t even get out of bed and could barely move at all. Much like Sarah Palin’s case, this is a lesson for all the conservatives who still think there’s nothing to worry about. Ring of Fire’s Farron Cousins discusses this.

One hit wonder aging rocker, Ted Nugent, announced via video on Facebook that he has contracted COVID 19. He has in fact tested positive for COVID 19. Now a week ago and of course, for an entire year before that, Ted Nugent was downplaying the pandemic saying the risks were overblown. This is ridiculous. Our rights are being infringed upon. This virus is nothing if it even exists at all. So he spent a year telling us that this thing wasn’t real or that it wasn’t a threat, and then he contracts it. And here’s what he had to say. I’m not going to read the racist part that he has in here. I’m going to skip that. Um, I’ve got a stuffed up head, body aches. My God, what a pain in the. I literally could hardly crawl out of bed the last few days. So I was officially tested positive for COVID-19 today.

So he admits that this thing almost killed him, that he could barely function as a human being because of this illness that he still is suffering from, by the way. And yet in spite of that, he still doesn’t want people to get the vaccine. Says, we don’t know what’s in it. Do you know what’s an ibuprofen, by the way? I’m sure you take that and you probably have no idea what’s in that either. Do you? Like stop acting like suddenly you care about what goes into your body. But here’s the thing, much like Sarah Pailin a couple of weeks ago when she came out and said, yeah, I had gotten this, it was horrible. I encourage everybody now to wear masks. These conservatives don’t care about anything until it affects them personally. You know, Jesse Watters on Fox news recently came out, because his wife had had a child and he said, hey, I understand paternity leave now.

We should do this for people. Suddenly because it affects me personally, I am in favor of doing this thing. That benefits everyone. That’s how conservatives are. Ted Nugent of course not quite the case, but hey, at least he knows it’s real now. Maybe he’ll stop saying it’s fake or that it’s not a threat. And he also admitted that the people close to him didn’t want him to come out and do this video and make this announcement. Gee, I wonder why that is? Probably because again, you spent a year trying to tell people this thing was no big deal. And then you get on and do a video and say it almost killed you. Might make people think that maybe you don’t know what the hell you’re talking about.