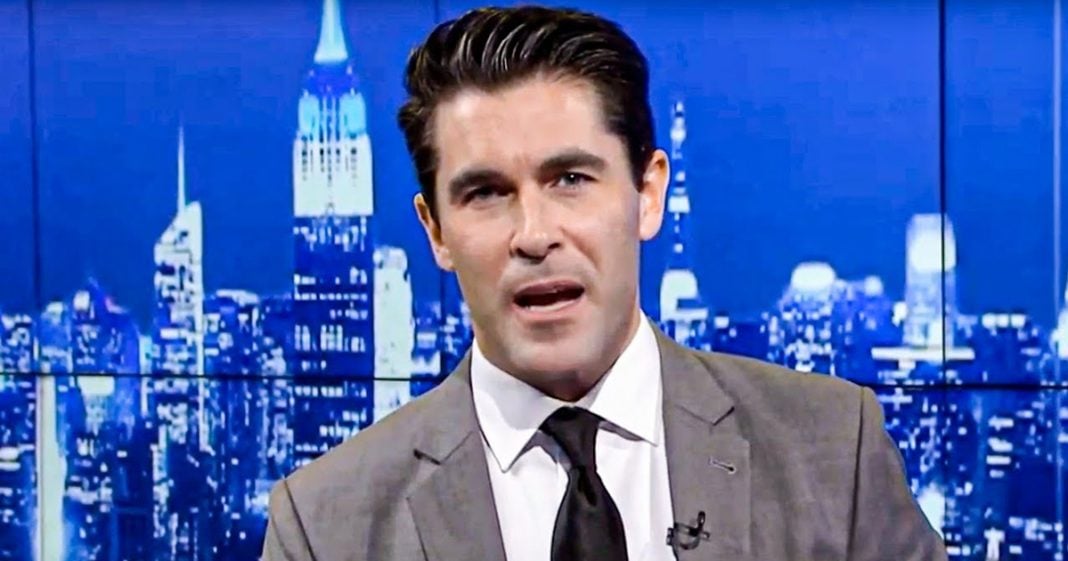 While a lot of the country reacted with relief after the guilty verdict of Derek Chauvin was delivered, some right wing pundits were sickened by it and claimed that the deck was stacked against Chauvin from the beginning. There’s only so much you can do when a video exists of a human being kneeling on the neck of another until the victim dies, and Chauvin’s verdict was not because of political interference, it was because he was caught on tape. Ring of Fire’s Farron Cousins discusses this.

Yesterday, a jury in Minneapolis found former police officer Derek Chauvin guilty on all three counts, which means once the sentencing takes place, which will happen sometime in the near future, Chauvin could possibly spend the rest of his life in prison for the murder of George Floyd. Now, the evidence in this particular homicide was overwhelming. I mean, there was video evidence. There was video evidence from multiple different angles. Okay. The defense was absolutely horrific trying to excuse what Chauvin did. And so it’s not surprising in the least that the jury was able to come to this conclusion. It’s, it’s, it’s, it’s surprising that they did go with a conviction since there’s only been, I think five or six police officers convicted of killing somebody in the last 15 years. So yes, that is quite remarkable. But it’s a good thing, right? This was accountability. Here’s the thing. Immediately after this verdict came out, right-wing pundits, right-wing talking heads and right-wing media figures immediately lost their collective minds, freaking out because Chauvin was guilty. Here is Newsmax, and this is what Newsmax had to say about this conviction. Take a look.

Newsmax:            What, what happens tonight? We don’t know. I mean, obviously right now it’s still light outside. There’s a lot of security around there. You’ve got a group of people. I would assume that’s some members of the family of Floyd or friends and Floyd they’re celebrating. We don’t know what this turns into as night falls. Again is sometimes there’s no appeasing of mob in a situation like that. We don’t. We have three guilty counts. The first thing that I thought of in my head was, you know, and we, we talked a lot about this with, uh, with Dershowitz, Alan Dershowitz. Uh, how on earth was he expecting to get a, a fair trial in this thing? There was a tremendous amount of pressure on that jury. I mean, you would have had to have been out of your mind to vote to acquit this man, knowing full well that everybody is going to figure out who you are.

And you’re going to have the likes of BLM and Antifa protesters coming after you with everything they got. If you’re the one person that says, oh no, I think he was innocent. I think George Floyd probably ate a pocket full of drugs when the cops came up to him, he had a bad heart. They put them on the ground. If he hadn’t done those things, he might’ve had a stiff neck the next day, but he died instead. Uh, nobody’s going to say that. So I think that the case for an appeal here, and even the judge said this, I think yesterday, the case for the appeal is very, very strong.

You know, it appears that every single person on the right is basically operating off the exact same set of talking points. And that is of course, that oh, they only convicted him because of the political pressure, because they didn’t want the riots. They didn’t want to be, oh no, we’re going to be targeted because we found him not guilty. Later on in the day and other Newsmax host, um, by the name of Rob Schmidt said this, I think you have political pressure. I think you have pressure from all these activist groups into all of this. And I think at the end of the day, people say, you know what, if we acquit this guy, the city’s going to burn to the ground. So you had a jury that said, you know what? We’re going to have to sacrifice this guy to the mob. And that’s exactly what I think happened today. In order to believe that idiotic talking point, again, you have to excuse all of the evidence. Okay. The medical examiner and his testimony. The video evidence. The lackluster defense of Chauvin’s attorneys, who basically, because their defense was so pathetic, they knew they couldn’t defend what this guy did.

But Newsmax wasn’t the only one. You had right-wing talker Tim Poole on Twitter, who said, cops need to resign on masses right now. I know for a guy that pretends to be an intellectual, you’d think you know that it’s on mos, not on mosses. Um, you had Scott Greer, who’s a right-wing podcaster who said, why even remain a cop? The system hates you and only needs you to enforce mass regulations. Get a job that won’t send you to jail for doing your job. I’m sorry. When is it in the job description of police officers that you’re allowed to just straight up murder unarmed black men on the streets? Yeah. I mean, admittedly, I haven’t seen any kind of handbook or guidelines, you know, for any specific police department on what their actual job description is, but I’m pretty sure murdering unarmed black people is not in there anywhere. So they’re still able to do their jobs. They’re just not able to go the extra mile and straight up murder people in the streets. Even though they will still, by the way they will, when they think nobody’s looking, when they think no cameras are rolling, they’re going to do it again.

In fact, there was another one that actually happened while that verdict was coming out yesterday, 15 year old, a 16 year old, young African-American woman killed by police. Mike Cernovich says police will stop doing their jobs. Get out of the cities, live in a deep red area where you’re allowed to have lawful concealed carry. It’s the era of self-reliance. Again, these people think that if cops aren’t allowed to just straight up kill people, they can’t do their jobs. Cops are not judge, juries and executioners. They’re just there to enforce the law. And that’s the extent of their job. You enforce it. And if the people don’t listen, then you take them to jail. Then the rest of the justice system handles it from there. You don’t get to be a part of any of those other things. You’re not the judge. You’re not the jury. You don’t get to say whether or not they are guilty. All you do is say, well from the looks of it here, we observed you doing this. We’re going to take you in. We’re going to file the charges. Then it’s off our hands.

You don’t get to make that snap decision and say, well, I’m pretty sure this guy did it. So I’m just going to kill him. That is not what police officers are supposed to do in this country. Unfortunately it is what far too many police officers do. But no police officer in this country was told by that verdict that they can’t do their job. But again, you see this from all these right wingers and it’s the same crap from every one of them. Like they’re all operating off the same idiotic set of talking points. The cops can’t do their job. You should all quit. Just quit. You can’t kill people. What’s the point of being a cop if you can’t kill people, is the message that right-wing idiots have been sending since that verdict came out. The verdict was the right thing, guilty on all counts. That was correct because the evidence backed it up. But evidence has never been anything that mattered to conservatives.