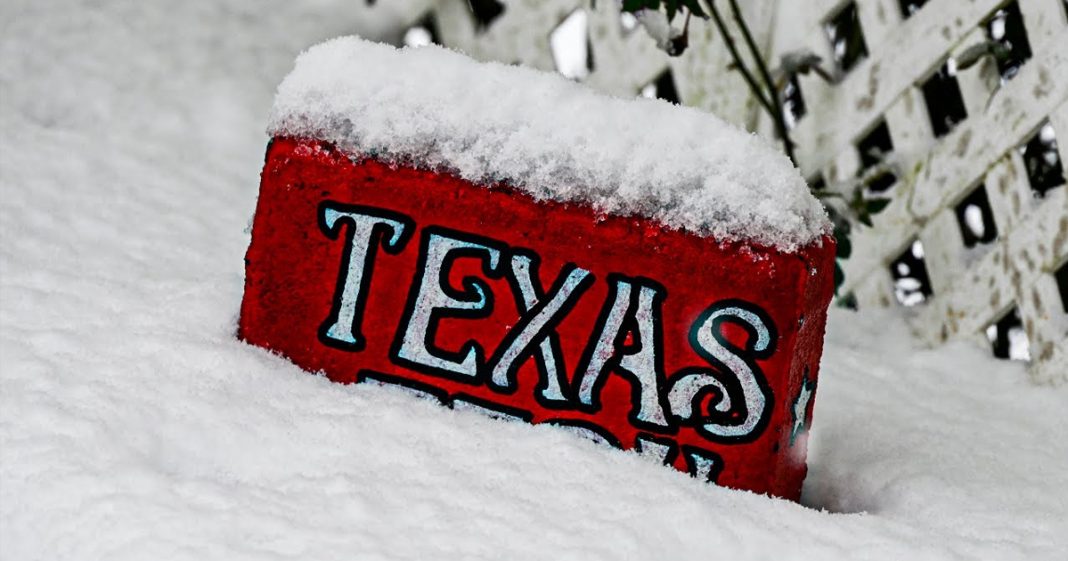 Republicans in Texas have proposed legislation that would “punish” renewable energy companies by imposing more financial burdens on the industry, even though these same burdens don’t exist for fossil fuel power plants. These Republicans are trying to use renewable energy as a scapegoat for the massive failures that occurred in the state during Winter Storm Uri, even though it was a lack of regulation on the fossil fuel industry that caused the failures during the storm. Ring of Fire’s Farron Cousins explains what’s happening.

Politicians in the state of Texas are finally doing something to tackle the issues that they ran into during winter storm Uri. Unfortunately, they’re doing all the wrong things, which is pretty much exactly what everybody expected. You see, in the immediate aftermath of that winter storm those Republicans in Texas did not blame their failing energy grid. They did not blame the fossil fuel companies that they refuse to regulate. They blamed renewable energy. They said the windmills all froze, and that’s why people were without power. And that’s why people died. And of course that doesn’t explain why people were getting $17,000 power bills. But sure they don’t have to explain everything. So they’ve proposed legislation this week that would effectively impose new costs on the renewable energy, renewable energy industry so that they have to pay more money out of pocket. They have to actually be tightly regulated.

Meanwhile, the rest of the energy industry, the fossil fuel and gas industries here, there in the state of Texas. They don’t have to meet these same standards. So what this legislation would do, says that the renewable energy companies have to have backup power ready to go if their power supply ever drops below a certain threshold. Meaning they would have to either import power from other States, or they would have to have some kind of gas powered backups to provide electricity for citizens. You know, so that if the windmills freeze again, people still get power. Again, the fossil fuel industry does not have to have any kind of backups in place. They don’t have to pay to have those systems so that people in the state don’t lose power in an emergency. But the renewable energy industry does because these Republicans are trying to distract their own citizens from their own failures.

The fossil fuel industry has been calling the shots in the state of Texas for far too long. I mean, decades and decades and decades, they have had their way. They’ve had whatever they wanted handed to them on a silver platter. The reason Texans died from a lack of energy during winter storm Uri was because the power grid failed and the power grid is one that is unique to Texas. They have not required the fossil fuel industry to modernize. They have not required them to winterize. That’s why you didn’t see the same thing happen in other States that winter storm Uri plowed through. Unique to Texas. And it was the failure of the fossil fuel industry that did it. But rather than take them on rather than do the right thing, these idiot Republicans in Texas continue to make renewable energy the scapegoat.

And now they’ve got new legislation that if passed, which I imagine since Republicans control Texas it’s gonna pass, it’s going to punish this industry unfairly when they’re not even the ones who screwed up. State by the way, has yet to do anything meaningful about the fact that citizens were receiving power bills totalling in the thousands of dollars in the immediate aftermath of the storms. They’re not doing anything for these individuals. They’re doing nothing. The only thing they’re doing are these idiot, idiotic, symbolic pieces of legislation to punish an industry that threatens their big donors in the fossil fuel industry. That is what this is all about. And it’s one of the dumbest and most disgusting moves that we have seen from Republicans so far this year.