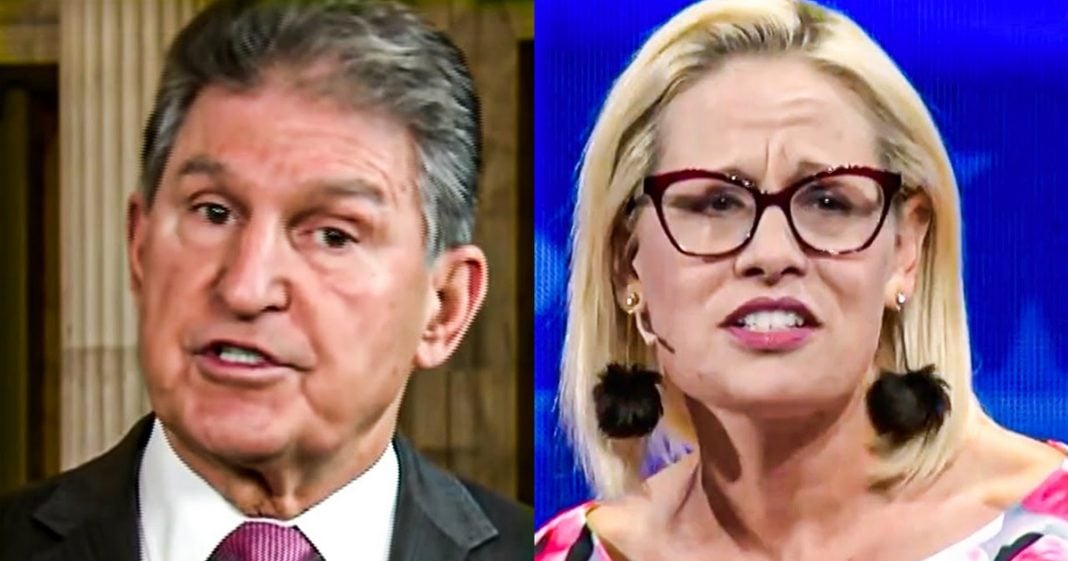 Democratic Senators Kyrsten Sinema and Joe Manchin are going to be featured speakers at an event next week for the National Restaurant Association, a union-hating, anti-minimum wage increasing organization. This group has actually been at the forefront of the fight against raising the minimum wage, much like Manchin and Sinema have been in the Senate. Ring of Fire’s Farron Cousins explains what’s happening.

Democratic senators, Joe Manchin and Kyrsten Sinema, will be headlining an event next week for the national restaurant association, the other NRA, which isn’t quite as bad as the other one, but still a pretty bad organization. They have engaged in anti-union behavior. And of course they are one of the top fighters against raising the minimum wage to $15 an hour. And of course, Manchin and Sinema recently voted down a $15 an hour minimum wage. They’re now fighting for a wage that’s actually even lower than the minimum wage in Sinema’s home state of Arizona. So yeah, it actually does make perfect sense why this massive lobbying organization would reach out to these two disgusting centrist Democrats, because they want to show they’ve got a bipartisan coalition. That’s what this is about.

They’re also bringing in former Bush administration and former Fox news host Dana Perino. And that’s what they’re doing. They’re trying to show all the members of the national restaurant association, all the CEOs, all the lobbyists, everybody, they’re trying to show that they have a united front fighting against the rights of their workers. That’s what this is about. That’s why they’re bringing in Sinema and Manchin and Perino and all of the other people who are going to be fighting there or speaking there, excuse me. That’s what this is about. It’s about a show of solidarity to make sure we can’t make the lives of American workers better. It’s to show that they do in fact, have the correct politicians in their pockets, or at least enough politicians to make sure no real meaningful or effective change happens.

And of course, let’s not forget that we just had reports, what was it last week, where it was revealed that the CEOs of the companies represented by the national restaurant association admitted to their own shareholders that raising the minimum wage to $15 an hour, not only wouldn’t hurt them, but the few areas where they’ve had to do it because of local mandates, they’ve actually seen their business increase. Like it literally helps them when the minimum wage, wage is raised to $15 an hour, and yet here they are fighting against it. They’re literally fighting over, making more money for themselves. Like they don’t want that to happen all because they would rather take a hit in their profit than see their workers not struggle. That’s what this comes down to. Like that is the only logical conclusion that you can even arrive at anymore. And Joe Manchin, Kyrsten Sinema are right there willing to not make the lives of these workers better. And of course they’re being rewarded for it.