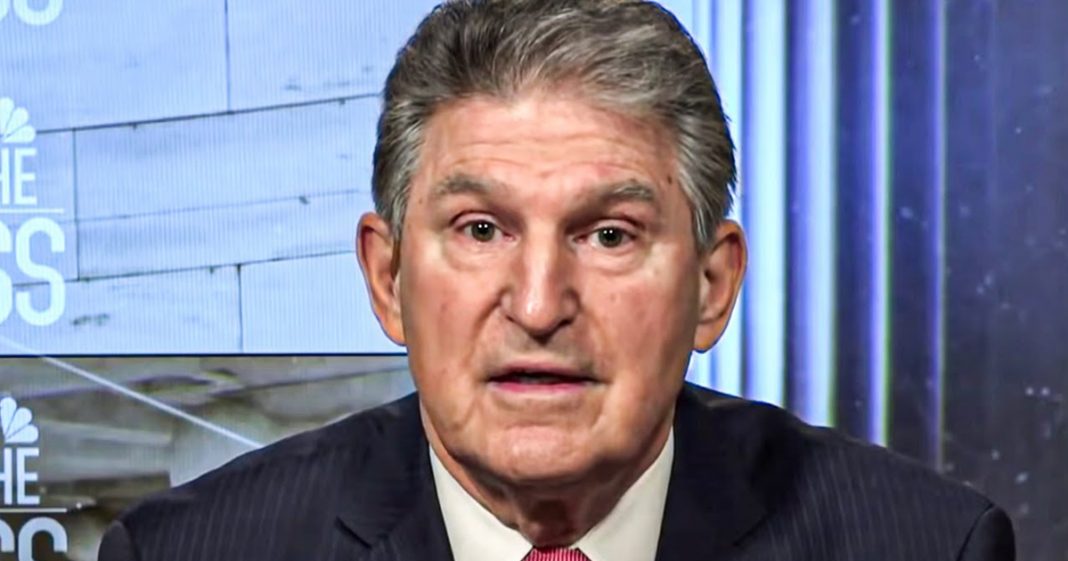 Democrats in the Senate appear ready to cave to centrists and reduce the corporate tax hike in the proposed infrastructure package from 28% to 25%. That 3% is a symbolic amount, as the centrist members of the Party merely want to show their constituents that they got “some” concessions. But the public – across Party lines – is in FAVOR of the corporate tax hike, so this concession is especially idiotic. Ring of Fire’s Farron Cousins discusses this.

Great news for every major corporation sitting and watching this video right now. And that great news is that Democrats have successfully negotiated with themselves and they have agreed that they’re not going to raise your taxes by seven percentage points. Instead, they’re only going to raise them by a meager four percentage points. And that’s so they can get the centrist members of the Democratic party on boy, on board, excuse me, with their infrastructure proposal. The infrastructure proposal, as we all know, would raise corporate taxes from 21% to 28% in order to pay for the $2.2 trillion package. And that’s a pretty sweet deal. They were also going to raise taxes on individuals, making more than 400,000 a year to help pay for this as well. But the centrists said, nope, we don’t like 28%. How about we do 25%? And the majority of Democrats listening to the minority of Democrats said, okay, that sounds like a smart idea. Now, will you be on board? Now will you help us?

I swear to God, nothing me off more than these idiot, spineless and brain-dead Democrats. Honest to God, I get more angry at these Democrats than I do from Republicans. Because from Republicans, we expect it. We expect the evil. We expect the racism. That is who they are. But the Democrats by God, they’re one of the most spineless groups of animals on this planet. Swear to God, I’ve seen more spine in jellyfish than what I see from the Democratic party in Washington, DC. This is despicable. Do you know why? Not just because it means we’re going to fall short on funding for this massive infrastructure project. But because the public, a majority of Democrats, a majority of Independents and even a majority of Republicans are in favor of raising the corporate tax rate to pay for this. So, so, so there’s no reason that these idiot centrist Democrats should have wanted a lower tax rate for corporations.

It, it serves you not to do this. You know, you don’t get to go back to your constituents and brag, hey, I got a concession. Remember that thing you wanted? I actually made it crappier. So vote for me again. That’s the, that’s, that’s the brain rot happening in those Democrats. That’s what’s taking place because there’s no logical reason for them to do this. Their constituents already wanted it to happen. And then they came in and said, hold up. What if we make it worse? What if we don’t do the good thing and we just make it an okay thing? I’m sick and tired of this. I am absolutely at my wit’s end dealing with these idiot Democratic centrists. And we all know who they are too. It’s the usual suspects. It’s Manchin and it’s Sinema. You know, the same people that are headlining that’s anti-union lobbying groups event next week.

Kick them out. I don’t care if it means losing the majority, kick them the hell out. Tell them they’re not welcome in your party anymore. And yes, of course that means Democrats lose the majority in the Senate. Oh no, you can’t do anything anyway because of these two. So get rid of them. It makes no sense to, to, to still welcome them to the table when all they do is knock everything off, crap all over for everything, and then strut around like they won. Get rid of them because they’re bringing the entire Democratic party down to their level. And that is not a level that anyone should be comfortable with.