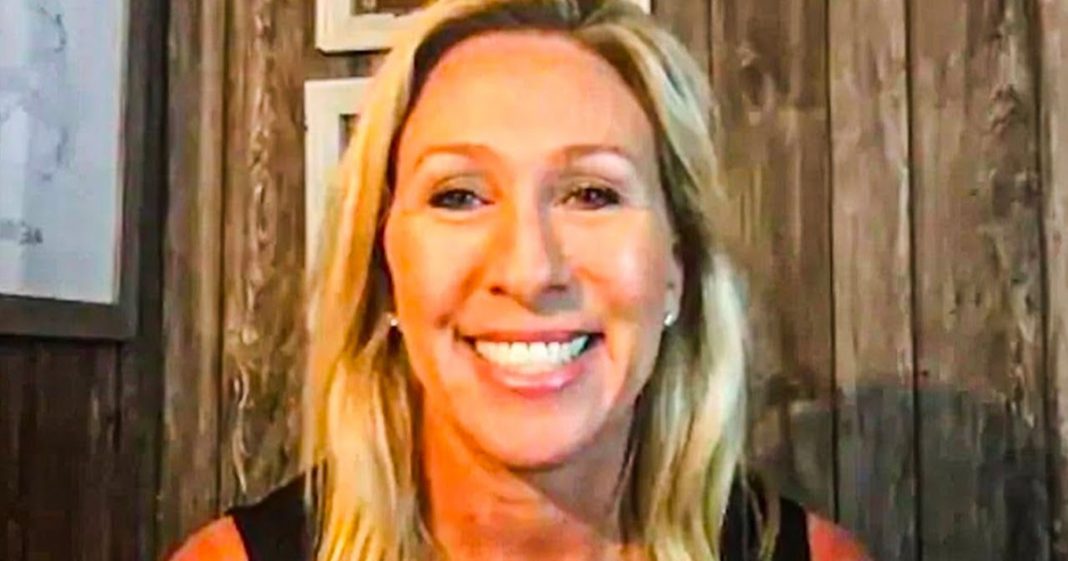 Marjorie Taylor Greene has already been forced to sideline her plans to create an “America First Caucus” in the House after massive backlash from both the public and her own Republican Party. The issue with the caucus was that it sought to return America to its “Anglo Saxon” heritage, which is just a fancy phrase for being insanely racist. Ring of Fire’s Farron Cousins discusses the plan and why it fell apart so quickly.

Republican representatives, Marjorie Taylor Greene and Paul Gosar, made a bit of a splash late last week when they announced the formation of their America First Caucus in the US house of representatives. And what really caught people’s attention was a statement that said, quote, this caucus was going to promote uniquely Anglo-Saxon political traditions. Yeah. That means white people, right. The Anglo-Saxon thing, that, that’s, that means our European heritage, you know, from the white countries. It is something that white nationalist groups, they use that phrase constantly. And we all know exactly what this meant. So immediately this, these idiot representatives, Taylor Greene, Gosar and of course Matt Gaetz joined in on it too, they immediately met harsh criticism from people online and more importantly from members of their own Republican party, serving in the US house of representatives. McCarthy, house minority leader coming out saying, he’s not going to allow this to happen.

And what’s funny is that after everybody hated on this, you had Nick Dyer who was a spokesperson for Marjorie Taylor Greene, he told CNN on Saturday, he said, she has no plans to launch anything. She didn’t approve any of the language in what was, you know, presented there. Nick, I’m gonna, I’m going to give you an A for effort, buddy. You know, I know you’re going out there and saying the things that you are supposed to say, but I’m also gonna go ahead and assume that you’re a big fat liar, right. Oh, she’s not gonna launch anything. She literally already tried to launch it, dude. So on its face, you lost all credibility because we can immediately refute your initial claim there. She did try to launch it. She signed off on the language. She may not have picked the language you nincompoop, but she signed off on it.

And if she didn’t, then she’s an even bigger idiot than we thought, because she allowed a, basically a statement to go out with her name on it, without looking at it. So she’s either criminally stupid or big fat racist. Personally I think it’s both. And to be honest, in order to be a big fat racist, you gotta have a ton of stupidity inside of you, which I firmly believe that Marjorie Taylor Greene does. But this America’s First Caucus was absolutely disgusting and it was thinly veiled racism from the start. You know, their big issue that they put out in that initial press release was tackling Joe Biden’s immigration failures, getting rid of these immigrants. Yeah. All these horrible children coming over and ruining our country, ahh. Folks, immigration has been a hot button issue here in the United States since long before I was even born. Right.

That issue goes all the way back to this country’s founding. But in terms of it being a political weapon, it really, you know, accelerated with George H W Bush, at least in my lifetime. You know, there was a big stink, I remember back in the late eighties about immigration. People coming over the border, what do we do? And honestly, the wall has been a talking point since long before Donald Trump even changed his registration to be Republican. So none of this is new. Weaponizing immigration is not new. But dropping the veil and putting on the white hood for the Republican party, that is a little new. That is new. But Marjorie Taylor Greene had no problem with that folks. She is showing us who she is and when they tell you who they are, it’s important to listen to them and take them for their word because she cannot hide what she is anymore. Neither can Gosar and neither can Matt Gaetz. This wasn’t just about securing our borders. It was about making America white again.