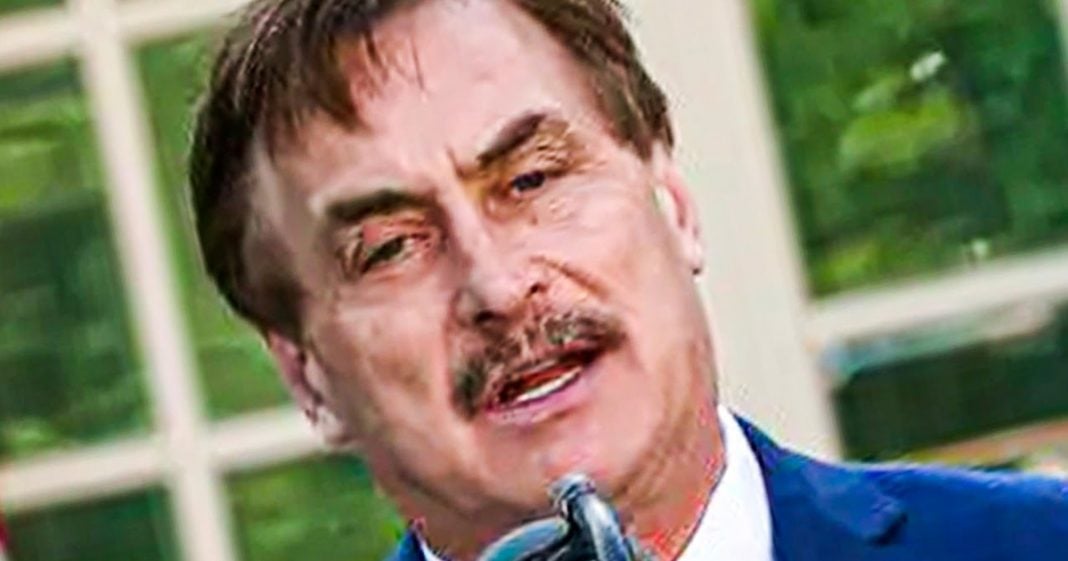 Embattled Pillow Man Mike Lindell says that his new social media site – oddly called “Frank” – will not actually be the “free speech” haven that he had originally promised. He said that the site will ban any and all links to adult websites, it will ban all cursing and swearing, and there will be zero tolerance for taking the Lord’s name in vain because this is a “Judeo Christian” website. Sounds like this boring outlet will tank even faster than Parler did, as Ring of Fire’s Farron Cousins explains.

Mike Lindell, the embattled CEO of MyPillow is launching his new social media network in just a couple days now, April 20th, 4/20 of all days for him to launch his new social media network, called Frank. Okay. Weird name, but whatever. So he’s launching Frank in a couple of days, but, he told us this week that even though he had promised us, you know, a real haven for free speech on this network. You say, whatever the hell you want, nobody’s going to censor you or cancel you for it. He announced this week that, oh, by the way, it’s not actually going to be totally free speech. He’s, he’s definitely putting limits on what you can and cannot say on his platform, which he claims is a Judeo Christian platform. Okay. Um, you can’t take the Lord’s name in vain. He says, okay, weird. And, and I don’t, is that really a problem on social media? Like I’m on Twitter all the time. I may not be tweeting all the time, but I’m constantly on Twitter, and to be honest, I don’t know that I’ve really ever seen that. I don’t see it on Facebook. I don’t spend a lot of time there, but okay.

So whatever weird, but okay. Uh, no porn. Okay. But that’s already not allowed on the other platforms either. So what’s going to set you apart, Mike? No swearing and no cursing, he says. So this is going to be one big puritanical party, right? I mean, you can’t use bad language. You can’t. I mean, come on, Mike, loosen up, dude. It’s 2021, right? For the love of God. Oh man, I just took the Lord’s name in vain there. I guess I’m guilty and I can’t go on Frank. Um, Parler, the conservative alternative to Twitter went and down in flames pretty quick. Ah, I just said the D word, I guess I can’t be on Frank again. Dang it. So anyway, Parler went down in flames, even though it had massive funding. You had massive Republican billionaires putting money into Parler because they thought it was the next big thing and it failed. So what it makes the pillow man think he’s going to come out with Frank and have it be successful.

Especially now that he’s put these new rules in saying you can’t have any fun. What’s the point, Mike? Really, I, I honest to God, want to know Mike Lindell, please reach out to me personally and tell me what the point of this even is. Because again, we already have the one failing alternative to Twitter for conservatives, Parler. So why do they need a second one, a second one where they can’t even say the fun stuff? It doesn’t make any sense. You’re going to lose a ton of money on this. I hope you do because you deserve it. This is going to blow up in your face and trust me, Mr. Lindell, when it does, we will do another segment on it and it will take all the strength I have to not laugh for the entirety of that segment because this is one of the dumbest ideas I’ve ever heard. And I’ve been reporting on Republican stupidity for over 17 years now.