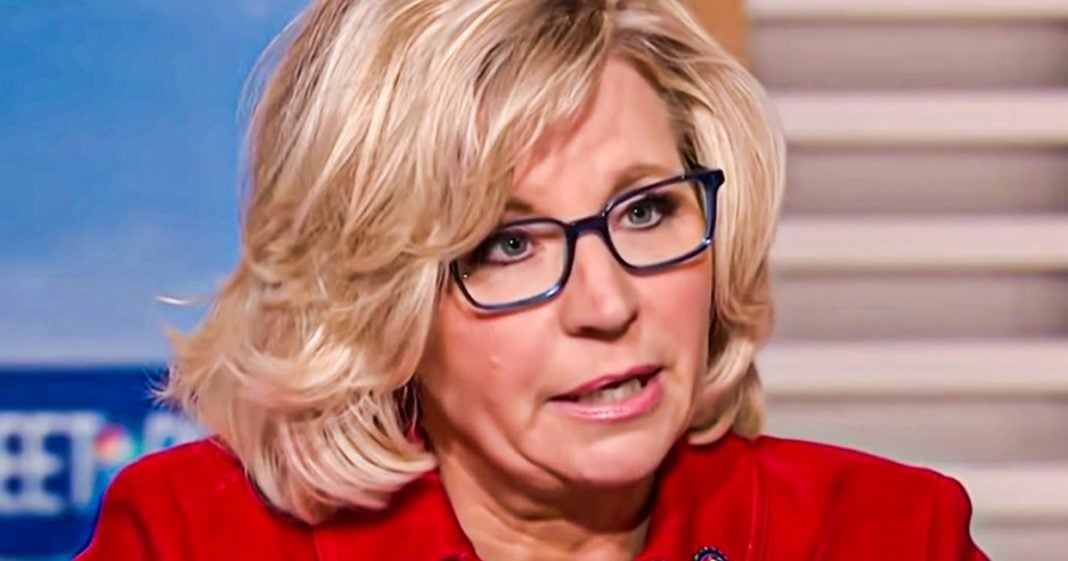 Representative Liz Cheney isn’t happy about the fact that President Biden wants to pull U.S. troops out of Afghanistan, and she says that this is a massive victory for the “enemies” of the United States. There is no threshold that would be acceptable to warmongers like the Cheney family to withdraw U.S. troops, and the fact that we’re engaged in a nearly 20-year war with no specified purpose doesn’t seem to bother them. Ring of Fire’s Farron Cousins discusses this.

In what might be the least surprising news that I have ever had to report here at Ring of Fire, a member of the Cheney family is not happy that America’s forever war in Afghanistan might actually be drawing to a close. That person happens to be representative Liz Cheney. Liz Cheney this week was asked by reporters what she thought about Joe Biden’s plan to pull all US troops out of Afghanistan by September 11th of this year. And she said, quote, any withdrawal of forces based on a political timeline, any withdrawal of forces that is not based on conditions on the ground, puts American security at risk. Now I’m not sure why the White House has selected September 11th, but I can tell you that this is a huge victory, a huge propaganda victory, for the Taliban. Yeah. Yeah. They’re the ones who are declaring victory in all of this. Liz, let me ask you, you know, you say it needs to be based on conditions on the ground.

What are the conditions on the ground that you would accept for US troop withdrawal? That’s what I want to know. What exactly do we have to do aside from being there for nearly two decades, with nothing to show for it, what should we be looking out for, Liz? Huh? What are your criteria for US troops no longer having to be stationed over in Afghanistan, fighting a disorganized enemy? Because that’s what’s happening here. We have to acknowledge the fact that the United States is not going to shoot its way out of our problems in the Middle East. That’s never going to happen. What could happen is that we could address some of the, some of these, excuse me, systemic failures of US foreign policy in the Middle East. We could address the issue of climate change, which as scientists and foreign policy experts, and even the Pentagon have admitted is actually driving recruitment for terrorist organizations in the Middle East. After all, as resource scarcity creates more desperation, people turn to these terrorist groups, trying to come up with a better life.

They can’t farm anymore. Their livelihoods are going away and they become desperate. And according to the Pentagon, again, they turn to these groups. So, so we could address something, climate change. We could invest in people instead of investing in bullets and bombs. How about that, Liz? Would that be good enough for you? If we diverted the Pentagon’s over bloated budget, like if we even just left it the way it is. Okay. But instead of tanks and planes and bombs, the Pentagon became a force for good. Okay. Think about that. We have the Pentagon, instead of going over there and just shooting them up, we have the Pentagon going over there and building houses. You know, instead of our troops having to swerve IEDs on the road side, they’re helping civilians build new farms, build new irrigation systems. We’re helping them improve their quality of life so that the thought of joining a terrorist group, the whole death to America thing, no longer holds any water for them because we’re actually over there helping them.

Instead of being the police that they’re terrified of on every street corner. That’s what the United States could be doing if we insist on giving the Pentagon $700 billion a year, we could put it to good use and we could actually make the world a better place. But we’re not interested in that because of people like Liz Cheney and the entire Cheney family for that matter. They would rather see us over there, slaughtering civilians by the thousands, then God forbid doing something to help these people. Pulling out of Afghanistan is the right move for the United States. There is nothing for us to gain by being over there as a military presence. Now, if you want to send these people back and instead of arming with guns, you give them shovels and rakes. You send over engineers so we can improve their infrastructure. I am all for that. But anything less than that, and we shouldn’t be there.