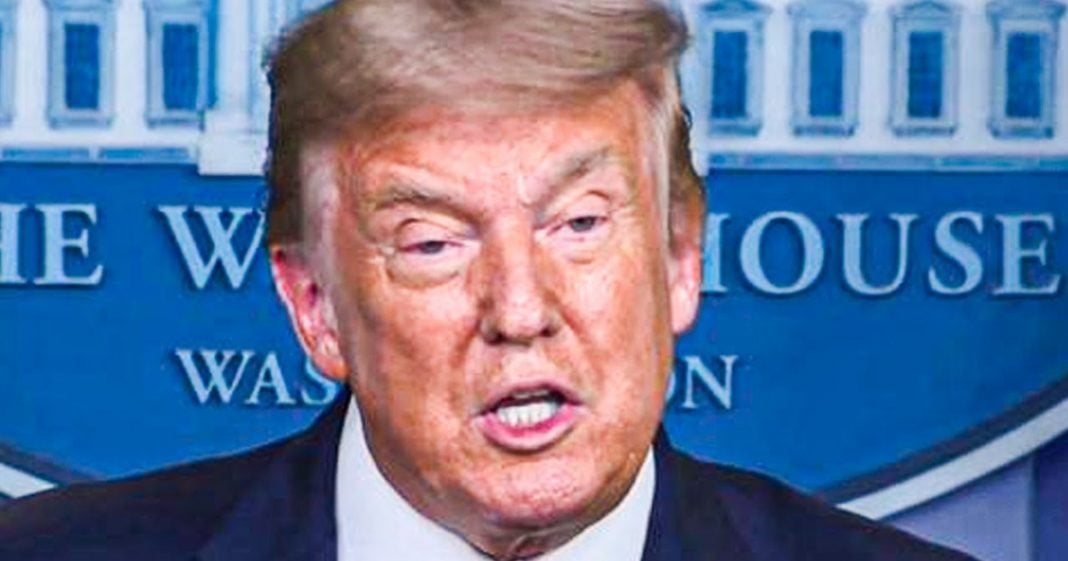 Donald Trump is still publicly toying with the idea of another Presidential run, but the truth is that he has already proven that he can’t win again. The reason is because he is so fixated on the 2020 election that he is incapable of moving forward, and his bitterness is turning off more and more Republicans. Not to mention the fact that he can’t win over moderates and Independents, but that’s already well established. Ring of Fire’s Farron Cousins explains why a future Trump run is doomed before it even begins.

Donald Trump is still publicly toying around with maybe he will, maybe he won’t run for president again in 2024. But I gotta tell ya, his chances at this point of even winning a Republican primary really are slim to none. Now I know the polls don’t reflect that. So Farron, why are you saying these things that are not reflected in the polls? Well, because all these polls are hypothetical. It’s putting him who was the most recent president up against people who may or may not be running, before they’ve had a chance to get out there on the campaign trail. These, you know, pre-announcement polls are totally meaningless. He scores so high in them now, even though his support is falling, because of the name recognition, because we just came all four years of him. But he proved this past weekend that he doesn’t have it in him to run for president again.

And actually NBC news did a great report on this and it kind of echoes a lot of what I have been saying too. And that is the dude is so hung up on the 2020 election, his loss in 2020, that he is incapable of moving forward. So what did he do this past weekend, right, at that donor retreat, he bitched about the 2020 election. He talked about it being rigged and all these things that we know are completely false, but he couldn’t move on. And he was attacking other Republicans in the process, hurting his own party. That’s not exactly how you win elections. That’s not exactly how you win over the public. Think about this for a second folks. Imagine we’ve got 10 Republicans up on stage doing a debate, and you’ve got Ted Cruz out there talking about the border and you’ve got Josh Hawley talking about corporations.

And then Trump comes on and says, well what happened in 2020 was totally wrong. The election was stolen from me. I should have been president anyway. Everybody’s going to roll their eyes and go, oh my fricking God, that was four years ago. Why are you talking about that? And his support is going to go from here to non-existent. Oh, sure, you’re going to have some of the hardcore idiot Trumpers out there, absolutely. You’re not going to get rid of those people. But the average Republicans are going to look at this and be like, well, this guy’s talking about a thing that’s near and dear to me, this guy’s talking about a thing that I’m interested in. This guy’s talking about crap that the rest of us moved on from four years ago. Like I don’t want president bitter serving another four years. This guy sucks.

And that’s exactly what’s going to happen. That is how that is going to play out. So Trump’s best bet actually, at this point, to piggyback on what support still remains for him, is not to run himself, but to run one of his kids. Now, I don’t want that to happen. Trust me. I do not. And I do not think that any of his children have the same kind of, I don’t want to compliment him by using this word, but I guess charisma that Trump himself had. So I don’t think they could replicate his success. Not to mention the fact that moderate Republicans and Independents are completely turned off by the entire Trump family. But I do firmly believe that Donald Trump has already destroyed his chances at ever being an elected official again, because of his refusal to accept the fact that he lost and his refusal to move on from that. As long as he keeps talking about 2020, he can kiss any hope of running in 2024 goodbye.